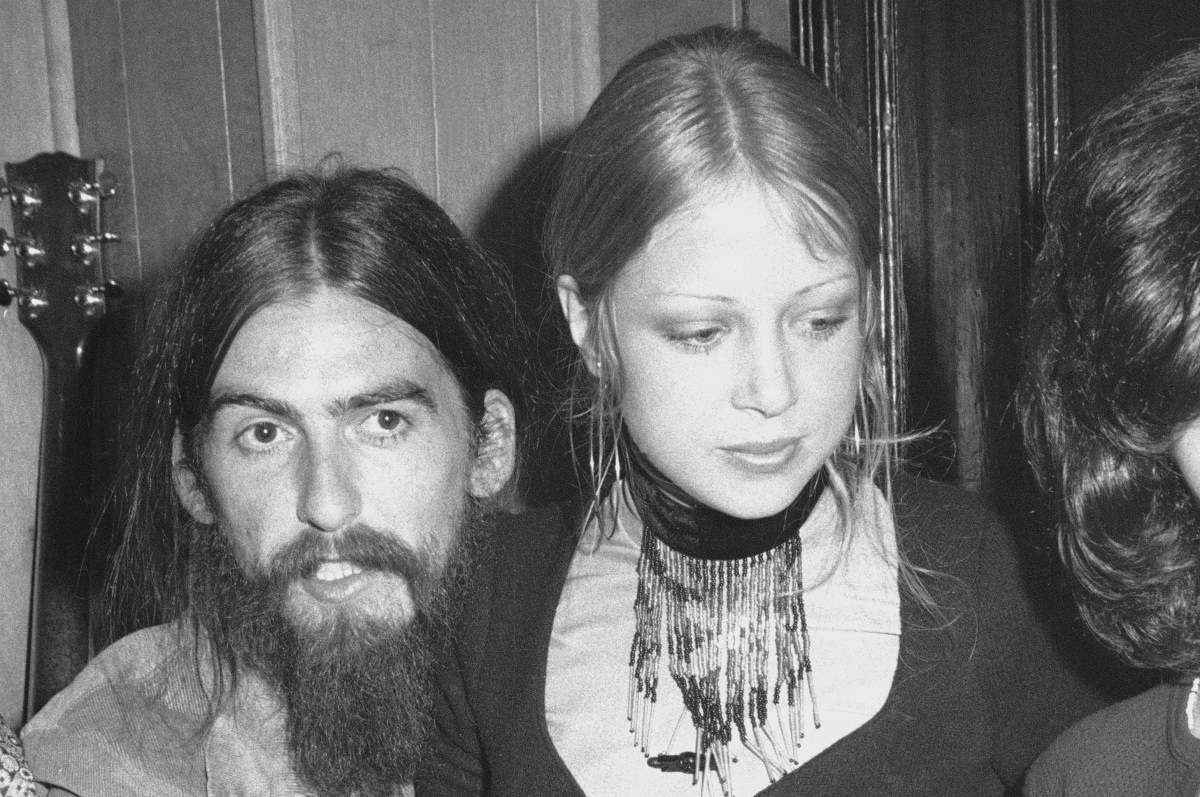 “When I went back to Friar Park sometime later, when Dhani, their son, was about six, I was interested to see that the house was as I had left it,” she wrote. “George asked how I felt, coming back to my old home. He hoped I wasn’t uncomfortable.”

The former couple also saw one another before Harrison’s death in 2001.

When George Harrison and Pattie Boyd were married, they decided to switch to a vegetarian diet together. Boyd threw herself into finding new recipes for them and found joy in cooking. After their divorce, though, she began reincorporating meat into her diet. Harrison remained a vegetarian for the rest of his life. When he surprised her on Christmas and saw her eating meat, he scolded her.

George Harrison and Pattie Boyd became vegetarians when they were together

When Boyd and Harrison began their relationship, she took a great deal of enjoyment in cooking for them.

“When George and I first got together I wasn’t a good cook but quite enthusiastic — I knew there was something better than school food and even Lilie’s fare,” she wrote in the book Wonderful Tonight. “I tried to make the sorts of things I imagined boys from the north would like — shepherd’s pie, roast beef, and Yorkshire pudding — and then George and I became vegetarian, which gave me a whole new interest.”

The Beatles began re-recording George Harrison’s ‘Something’ on this day in 1969, a song written about Pattie Boyd. pic.twitter.com/nCvK30MstF

She explained that after reading a book about veal farming, the couple made the mutual decision to stop eating meat.

“Being vegetarian at that time was quite a challenge,” she explained. “There was so little to choose from, nothing ready-made and no meat-free equivalent of steak or sausages that you could cook with minimal preparation. I had to create things myself and discovered that I loved doing it; I cooked for our friends, George’s family and mine, and anyone who came to see or stay with us.”

After Boyd and Harrison divorced, she married Eric Clapton. In their marriage, she adopted many of his lifestyle choices, including eating meat.

“With Eric I slid back into meat,” she wrote. “When we were in America he and I went to Disneyland and I was so hungry I was driven to it. The Americans are such carnivores; there was nothing for me to eat except iceberg lettuce. The only alternative was a hamburger the size of a plate. It was the first meat I had eaten in seven years, and after half of it I felt as though I’d eaten a brick.”

One Christmas, Harrison dropped by unexpectedly. He was still friends with Clapton even though he’d married Boyd.

“That Christmas we had turkey, and as we were sitting down to it at Hurtwood Edge, George burst in, uninvited,” she wrote. “He was horrified to see me eating meat and berated me — but then we laughed and he had some Christmas pudding with us, and some wine, and it wasn’t awkward at all.”

George Harrison and Pattie Boyd reconciled after their split

Though their marriage did not end well, Boyd and Harrison maintained a friendly relationship after their …read more

Kyler Gordon, back at Chicago Bears training camp, says making his potential debut in Seattle ‘was meant to be’

Chicago Bears cornerback Kyler Gordon has good reason to want to play in Thursday’s preseason game against the Seattle Seahawks at Lumen Field. The second-round pick sat out six training camp practices and the preseason opener Saturday with an undisclosed injury, so he was itching to return to the practice field Monday at Halas Hall. […]

Harriette Cole: I’m feeling guilty about the photos I’ve posted of myself

DEAR HARRIETTE: I have been using a retouching app on social media that cleans up pictures of me very nicely. With what is basically the wave of a wand, I am able to smooth out my skin and give myself a refreshed look. Whenever I post pictures where I have used the app, I get […]

ASK IRA: Should Heat, NBA retire No. 6 in honor of Bill Russell?

Q: Do you think the NBA retirees No. 6? They should. Do you think Pat Riley puts Bill Russell’s jersey in the arena next to Michael Jordan and Dan Marino? He should. Greatness, perseverance, mental toughness and excelling under difficult times. – Stuart. A: I agree, considering the Heat’s precedent with No. 23 for Michael […]