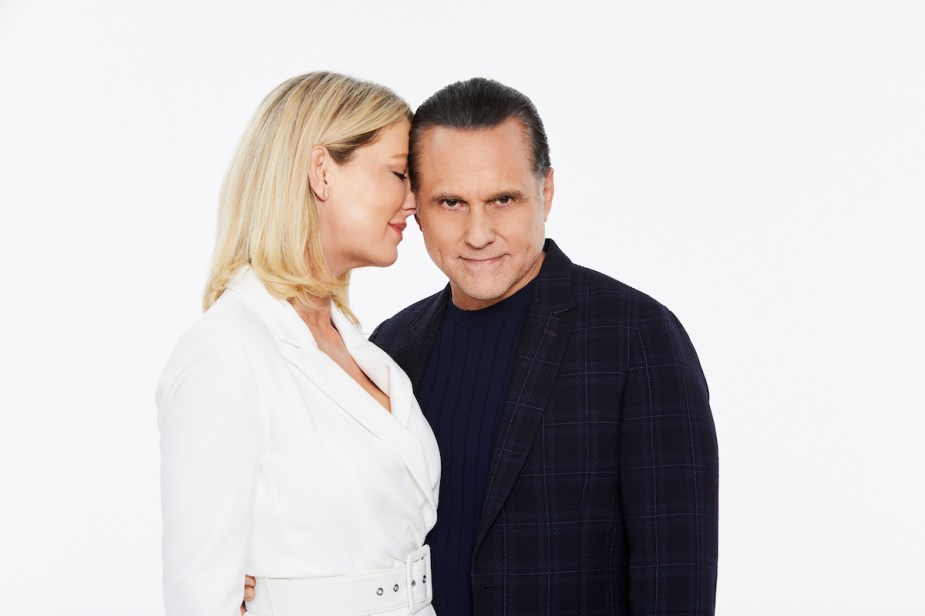 Benard’s first job as a working actor was in a music video for the band Santana. He told Ali about the audition process for the video but first made sure the 20-year-old knew who the band from the ’60s and ’70s was.

Maurice Benard plays mobster Sonny Corinthos on the ABC soap, General Hospital. He is also the host of his own State of Mind podcast, where he brings both soap and non-soap guests on to chat about their careers and about mental health.

Benard has been very open about his struggle with mental health and his bipolar diagnosis.

He recently had GH co-star Tabyana Ali on his show. The two spoke about Ali’s life and career, and all the goings on in Port Charles. Talk turned to Benard’s character and his origin on the daytime drama.

Benard has played the mob boss of Port Charles since 1993. Corinthos is ruthless in business, and many on the soap fear him. But he also has a heart of gold and would do anything for his family and those he loves.

Benard spoke to Ali about his character and how everyone assumes that Sonny is Italian, “Even Sonny is half Cuban, half Greek,” he explained on his Youtube.

“Not even Italian. But I didn’t care about that because they told me he was half Cuban half Greek after about a year and a half, so I’m like, ‘he’s Italian,’” he laughed.

Benard’s first job as a working actor was in a music video for the band Santana. He told Ali about the audition process for the video but first made sure the 20-year-old knew who the band from the ’60s and ’70s was. She recognized the song “Oye Como Va” when he began to sing.

Benard explained that when he went for the audition, they were looking for someone who was Italian. The producer “didn’t want to hire me because he thought he doesn’t want to hire a Spanish guy.”

He went on to say, “They liked me, the guys from Santana. It had to take a phone call to a big promoter named Bill Graham for them to tell the producer, ‘I don’t care what you think. He looks Italian, and we’re gonna hire him.”

Benard was in the video. He is also “full-blooded Spanish.”

Tabyana Ali plays Trina Robinson on General Hospital, a role she took over from Sydney Mikayla on March 25, 2022. She has since made the role with a very big storyline. Fans love her relationship with Spencer Cassadine (Nicholas Chavez), giving them the nickname “Sprina.”

She went on to say that she grew …read more

Nets head coach Jacque Vaughn said he doesn’t have any concern about Kevin Durant’s desire to remain in Brooklyn now that Kyrie Irving has been traded to the Dallas Mavericks. Durant and Irving were a package deal when they signed four-year contracts with Brooklyn in the summer of 2019. Yet he is the only star […]

Following the release of Prince Harry and Meghan Markle’s Netflix docuseries, many fans wondered if the royal family would respond to any of the claims the Sussexes made about them, but they remained silent. Then with the release of the Duke of Sussex’s memoir Spare, fans waited again to see if there would be a […]