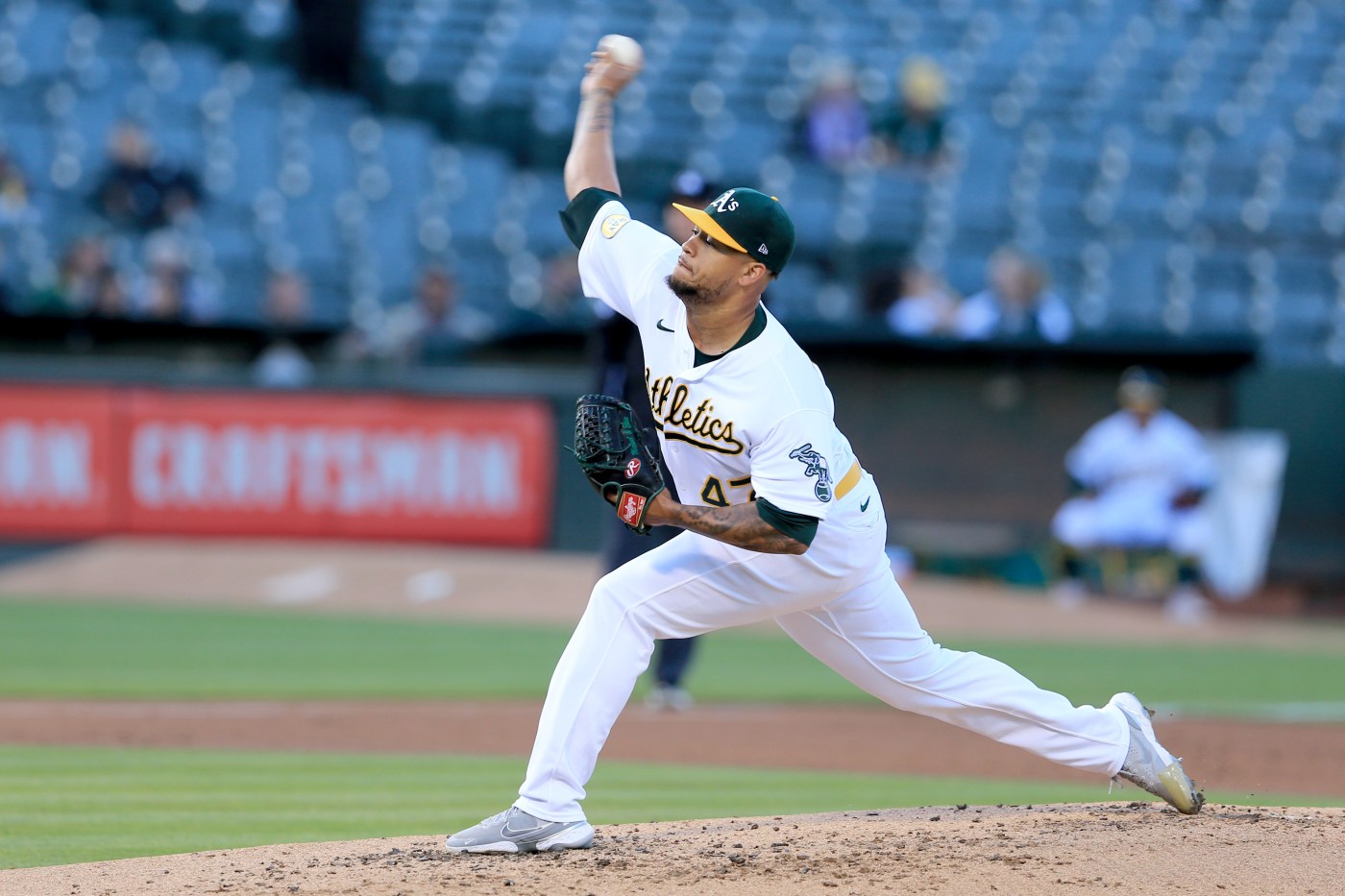 He’s the last of the players who were heavily linked in the offseason rumor mill to stick around with the A’s.

But as Frankie Montas prepares to make another start in Oakland on Thursday, the looming trade deadline has many wondering just how many more starts he will make in green and gold.

“He’s going to end up being one of the most coveted players on the market,” MLB insider Robert Murray said on KNBR on Tuesday. “The A’s held on to him in the offseason for this exact scenario, where there’d be a bunch of contending teams. You have a third wild card team in there now, so there’s going to be a longer list of teams that are in [contention] and it’s going to create a bidding war.

“The industry expectation is that the A’s are going to end up getting an absolute haul for a guy like Montas.”

Montas, 29, has been both durable and reliable this season. He has not missed a start in his turn in the rotation — even after he took a line drive to the hand on May 21 and left in the second inning — and he’s one of only 19 pitchers across MLB to cross the 80-inning mark as of Wednesday.

He’s been about as dependable as you can expect a pitcher to be in 2022. With the exception of the injury-shortened start on May 21, Montas has given the A’s at least five innings in every single start, even when he hasn’t been at his sharpest.

He’s hit a bit of a rough patch in his three June starts, allowing 14 runs in 17 innings and only 13 strikeouts. But the month has been a bit of an anomaly, as the Oakland defense has let him down on two separate occasions:

Back on June 5 against Boston, an untimely error in the sixth inning allowed for more unearned damage later in the inning, with a two-out three-run homer that broke open a tie game.
He gave up a season-high 10 hits and five runs in a loss to Kansas City on June 17. But his defense failed him, too, as a key error on a possible double-play ball in the fifth set up those final two runs, both of which were unearned.

Among the 19 starters to hit the 80-inning mark, the only pitcher with more unearned runs allowed than Montas’ six for the season is the Astros’ Justin Verlander, with seven.

And a look through Statcast numbers show a pitcher diversifying his arsenal and raising his game-by-game quality. After initially throwing a heady dose of sinkers and sliders early in his career, Montas has continued to throw his split-finger fastball more and more, giving him four pitches he legitimately uses.

Compared to the other Major League pitchers, the one thing Montas does at an elite level is getting …read more

Netflix’s Summer of Love | Netflix Eight romance movies to stream on Netflix this summer  Netflix is constantly adding new movies to the rotation and the summer of 2022 is no different. This year, Netflix is adding eight new movies to get your heart pumping. See The Umbrella Academy‘s Tom Hopper and Kat Graham star in Love […]

Pac-12 executive committee turnover: What the 2022 changes mean at a pivotal time for the conference

The top of the Pac-12 power structure — the tip-top — is getting a makeover. By the end of next week, the Pac-12’s three-person executive committee, which directs the agenda for the full board of presidents and chancellors, will have new leader and a new member. Washington president Ana Mari Cauce takes over as chair […]