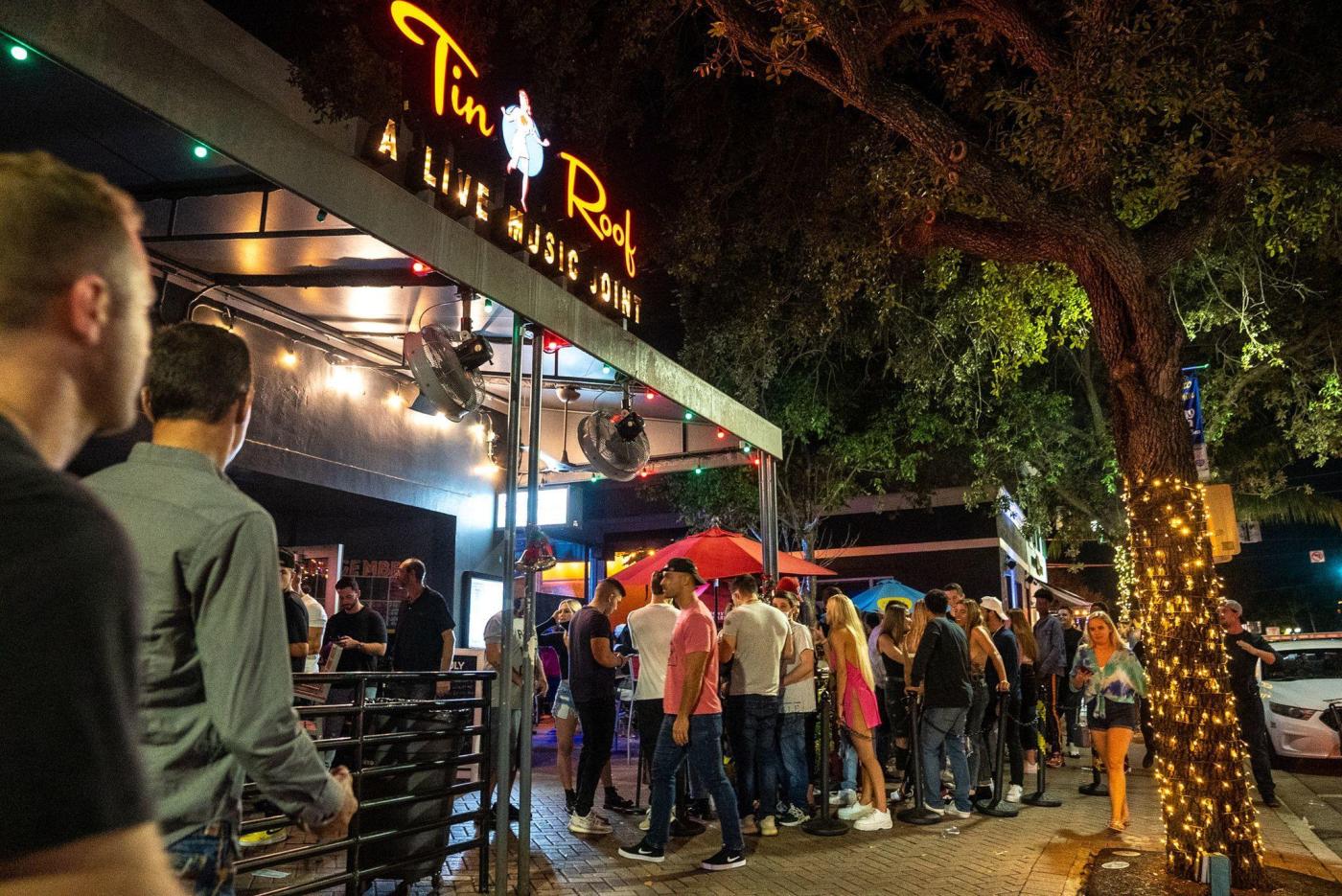 Tim Petrillo, cofounder of The Restaurant People (S3, YOLO, Java & Jam), wasted little time or fanfare shutting the doors to Township: He locked up the bar and took down Township’s website and social accounts a few hours after selling the lease to Tin Roof, a Nashville-based, barbecue-and-live-music chain that is expected to reopen in that space later this fall.

“We made money on it. It was a great deal for us,” Petrillo told the South Florida Sun Sentinel on Friday morning, although he declined to disclose the purchase price. “We’re not sad that we closed this store. They offered us a good number, and it was good for both sides.”

The sports pub at 219 S. Andrews Ave., within the historic McCrory Building, took up an enviable perch downtown: next to The Wharf Fort Lauderdale, Las Olas Boulevard and a sprawl of new residential towers. When it debuted in 2018, Township’s menu leaned on German-style bratwursts and pretzels but also served burgers and fish sandwiches that evoked the comfort fare at Petrillo’s bygone eatery Tarpon Bend.

The bar also served as a college-football hub, especially for Florida State Seminole acolytes, Petrillo says. But as college crowds left downtown and young professionals shuffled into nearby high-rises, the character of the neighborhood gentrified and foot traffic dried up, Petrillo explains.

“It’s tough to run a college-town business in a more upscale downtown,” says Petrillo, who has owned the building with real-estate investor Steven Halmos since 1998. “It’s great to be a sports bar, but it’s also a curse. It’s really busy for football and basketball, but during baseball season, the low season, there wasn’t as much intensity to go there.”

Over the next few months, the 6,800-square-foot space will be equipped with a high-end music stage, says Bob Franklin, Tin Roof’s partner and CEO. The walls will be redecorated with mulitcolored, reclaimed wood and aluminum siding. The new Tin Roof Fort Lauderdale will employ 50-70 full-time staffers, including a stable of sound engineers to wire the music stage for nightly music acts. This will be Florida’s third Tin Roof bar after opening in Orlando in 2015 and on Delray Beach’s buzzy Atlantic Avenue in 2019.

“We’ve got a great location and great visibility,” Franklin says of the venue, which seats 220 people inside and on its Andrews Avenue-facing patio. “I think Fort Lauderdale has grown up a bit, and now there’s upscale shops and professionals looking for cool entertainment experiences when they go out. That ticked all our boxes.”

The addition of Tin Roof Fort Lauderdale is a boon for local and national rock and country acts which already play the venue’s other metropolitan locations in Detroit, New Orleans, San Diego, Baltimore and Memphis, Franklin says.

‘The Witcher’: Did Emhyr Kill Pavetta? Book Explanation Ahead of Season 3

Emhyr/Duny and Pavetta in ‘The Witcher’ Season 2 | via Netflix The most feared person across the Continent, Emhyr, is Ciri’s father in ‘The Witcher’ series Throughout both seasons of The Witcher, fans never saw Emhyr, the White Flame. His reign was often discussed as his thirst for power and control. In the first season, […]

The Chicago White Sox scored six runs over their last three games entering Thursday. They looked more like the team many had projected in the series finale against the Kansas City Royals, rallying for a 7-4 victory in front of 11,784 at Kauffman Stadium. Luis Robert had three hits, including a two-run homer, and four […]

That double technical foul in the first half. Kevon Looney’s sensational performance in the second. Steph Curry and Jordan Poole’s fourth quarter takeovers and of course, Otto Porter’s go-ahead 3-pointer to kick off that fourth quarter. Our photographers captured those moments and more Friday night during Golden State’s 126-117 comeback win over the Dallas Mavericks. […]