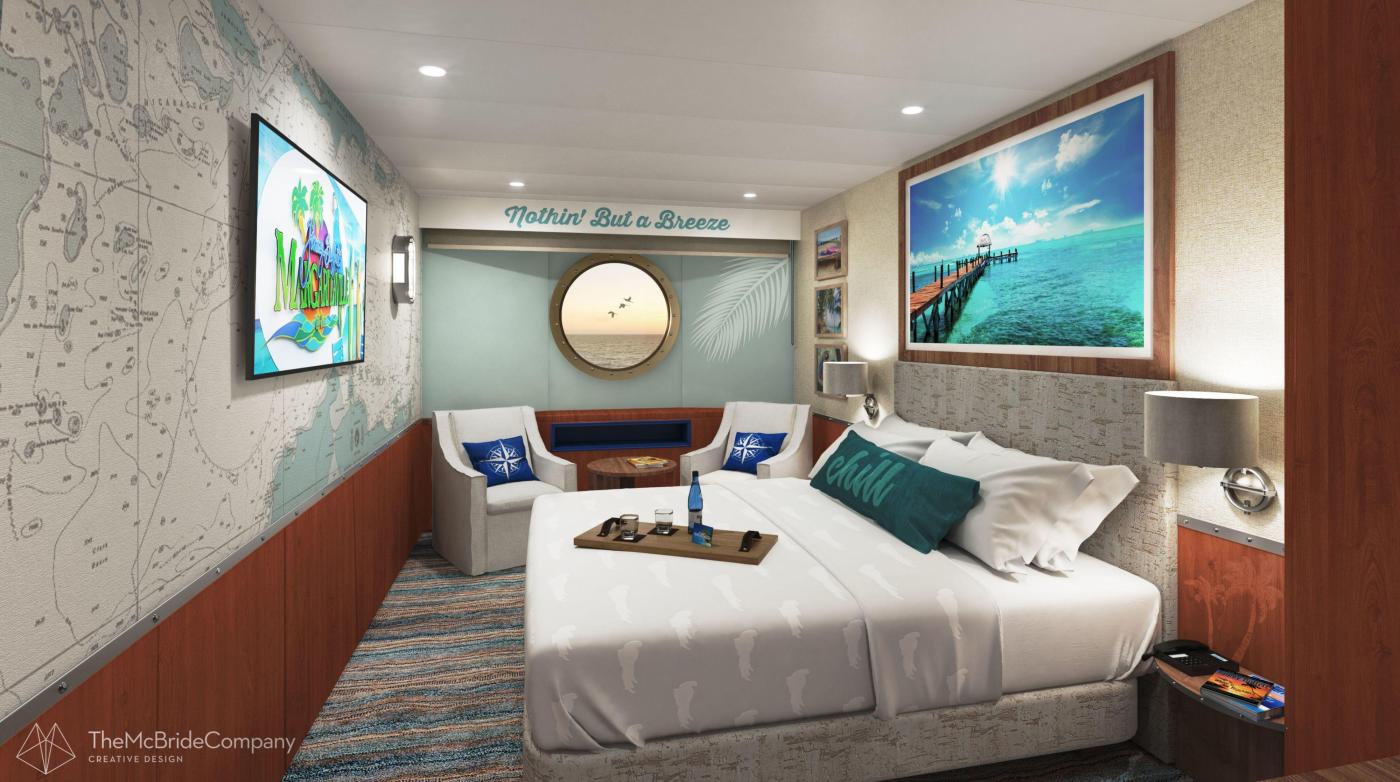 The man who helped lead UCF to its undefeated football season in 2017 and inspired NFL fans with his success story playing pro football despite an amputated hand is taking on a new role as godfather of the rebranded Margaritaville at Sea cruise ship.

Shaquem Griffin, who played for the Seattle Seahawks for three seasons alongside his twin brother Shaquill after being drafted in 2018, is now a free agent, having not made the final roster of the Miami Dolphins last year. In the meantime, he will be christening the reimagined ship that had been the Bahamas Paradise Cruise Line’s Grand Classica, but will now be known as the Margaritaville at Sea Paradise.

“As a passionate philanthropist, Shaquem’s efforts within our local community align with our own commitment to giving back,” said company CEO Oneil Khosa. “He is a true inspiration on every front. We are honored to have him serve in this very special role as our first-ever godfather.”

The Griffin twins, natives of St. Petersburg, both attended UCF, but Shaquill left for the NFL one season earlier. They authored the book “Inseparable.” Shaquem had his left hand amputated when he was 4 years old because of a congenital condition called amniotic-band syndrome.

He has since served as Grand Marshal of the Special Olympics USA Games and even if he doesn’t make an NFL squad for the next season, the NFL has approached him to act as a brand ambassador. He’s also been involved with Citi Bank’s #StareAtGreatness campaign tied to paralympic athletes.

The brothers also started the nonprofit St. Petersburg Nitro Track Club, to which the cruise line will be making a donation.

Now Griffin will perform a traditional naming ceremony at the Port of Palm Beach on Thursday during an inaugural two-night sailing to the Bahamas before beginning regular service on Saturday.

The nearly 53,000-gross-ton, 1,308-passenger ship with its new overlay of the Jimmy Buffett empire brand will continue the two-night voyages between the Port of Palm Beach and Grand Bahama Island in the Bahamas. Bahamas Paradise Cruise Line launched service in 2016 with its original vessel Bahamas Celebration, since sold and scrapped. Grand Classica began service in 2018.

What the company called a multimillion rebranding features the signature Jimmy Buffet Margaritaville stylings in its cabins, suites and open spaces, calling it “casual-luxe design with subtle nautical details and colors influenced by the surrounding sea, sand, and sky.”

The casino is now called the Par-A-Dice Casino while other ship amenities include the Stars on the Water Theater, St. Somewhere Spa, Fins Up! Fitness Center, plus pools and retail.

The ship was built in 1991 at the Fincantieri shipyard in Marghera, Italy and originally sailed for Costa Cruises in Europe as the Costa Classica.

More details about the ship are at margaritavilleatsea.com.

Def Squad rapper Redman has been a popular figure in music for three decades. Now, the “Let’s Get Dirty” emcee is turning attention away from music and toward the world of politics with a new political party. Redman | Santiago Felipe/Getty Images Redman created the National Cannabis Party In 2021, Redman launched the National Cannabis […]

‘Super Mario Bros.’: Bob Hoskins and John Leguizamo Were So Drunk While Filming the 1993 Box Office Flop That Hoskins Broke His Finger

Bob Hoskins | Simon Hayter/Toronto Star via Getty Images The cast and crew were very aware that they were working on a bad movie. John Leguizamo, who played Luigi, admitted in his autobiography that he and Hoskins drank whiskey between takes as a coping mechanism.  They learned the hard way that drinking on the job is […]

By Danica Coto | Associated Press SALINAS, Puerto Rico — Jacqueline Vázquez was sitting on the couch when her phone rang. She had just returned from a government office where she filed a complaint about illegal construction in an ecological reserve. The reserve is dedicated to one of the island’s largest mangrove forests near her […]