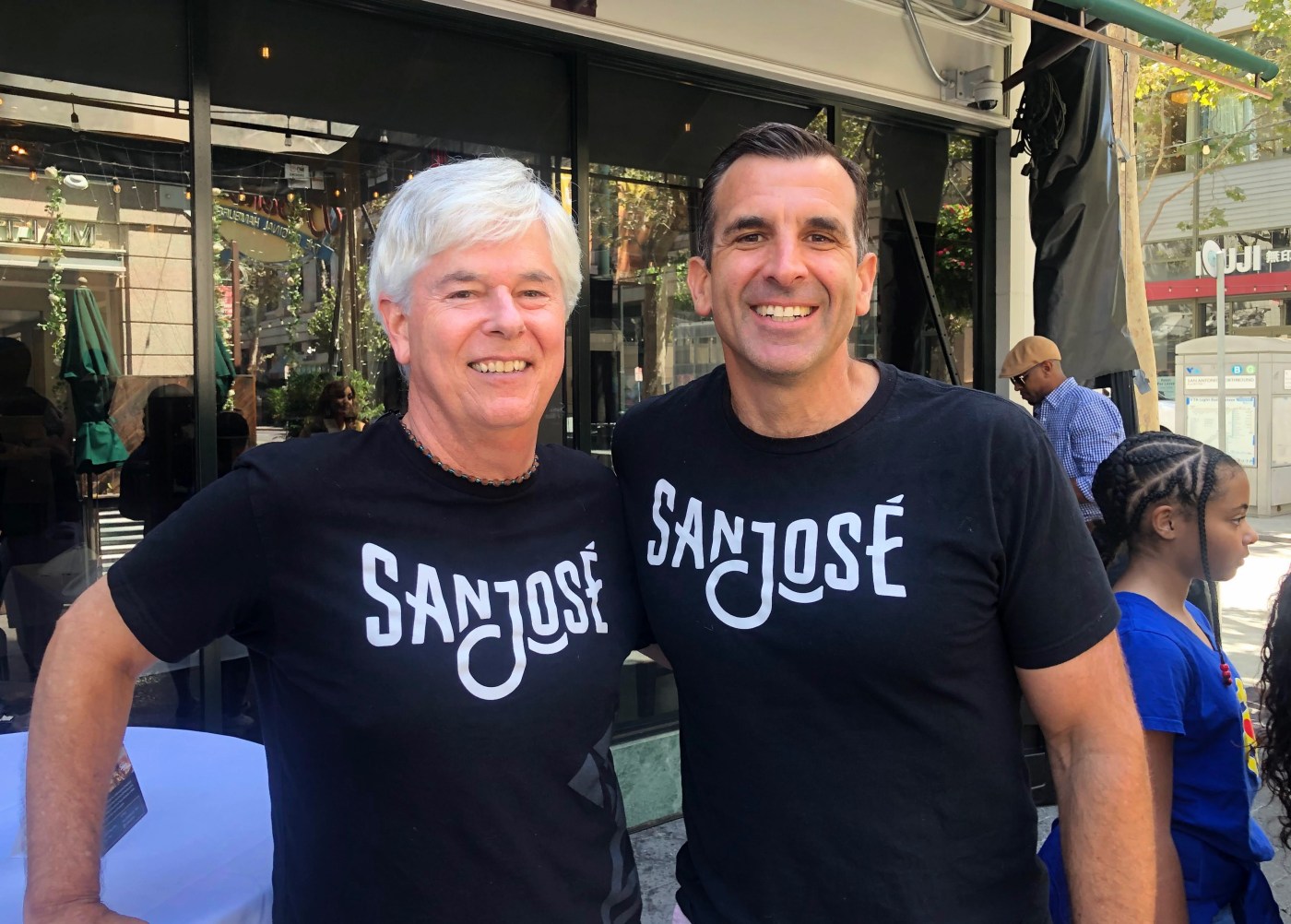 Reflecting on 2022 this Thanksgiving, there is a lot of change on the horizon for San Jose. As we continue to recover from the lingering effects — both medical and social — of COVID-19, it’ll be interesting to see where that change takes us in a year or two. With that in mind, here’s my annual list of the people and things I’m thankful for this year:

• San Jose Mayor Sam Liccardo, who will leave City Hall at the end of the year after 16 years — eight as a downtown councilman and eight as mayor. Whether or not you agree with how he handled the numerous crises during his tenure — COVID, homelessness, Black Lives Matter, the Coyote Creek flood — he worked hard to keep San Jose moving forward and succeeded more often than not.

• Scott Knies, who stepped down this year as CEO of the San Jose Downtown Association after 34 years with the organization. His background as a fencer no doubt helped keep him on his toes as he navigated city hall for downtown businesses. His successor, Alex Stettinski, has a big legacy to match.

• Shawna Lucey, the new general director of Opera San Jose, has already shown a talent for filling big shoes — and seats at the California Theatre — after taking over for Khouri Dastoor this season and treating audiences to captivating productions of “The Marriage of Figaro” and “Cinderella.” The same can be said for Robert Massey, who seamlessly succeeded Andrew Bales as general director of Symphony San Jose.

• Jason Minsky, Mr. Christmas himself, who hung up his Santa hat as executive director of Christmas in the Park after a decade spent keeping the event going and then taking it to new heights. He earned his way onto the “nice” list year after year.

• Three San Jose City council members — Raul Peralez, Magdalena Carrasco and Vice Mayor Chappie Jones — who are terming out this year after eight years in office. That goes as well for Santa Clara County Supervisor Mike Wasserman, who took his job seriously but wasn’t above poking fun at himself.

• Four women who continued to tell the story of the Santa Clara Valley in books this year. Robin Chapman’s “The Valley of Heart’s Delight” and Anne Marie Todd’s “Valley of Heart’s Delight” took a historic look at the way we were; Cassie Kifer’s “Scavenger San Jose” and Beth Kile’s “Haunted San Jose” had a little more fun with this place we call home.

• Steve Perez, San Jose State’s interim president, who shepherded the university through a difficult year with unbridled enthusiasm. I’m looking forward to that spirit continuing when Cynthia Teniente-Matson takes over as president in January, becoming the first Latina to hold the post.

• Jessica Paz-Cedillos and Vanessa Shieh, the co-executive directors of the School of Arts and Culture at the Mexican Heritage Plaza, who have launched an ambitious expansion plan that’ll serve to revitalize Alum Rock Avenue.

‘The Crown’: The Jewels Replicated in Season 5 Are Worth Millions

Elizabeth Debecki as Princess Diana in season 5 of ‘The Crown’ | Keith Bernstein/Netflix ‘The Crown’ Season 5 recreated Princess Diana’s revenge dress and diamond & sapphire choker worth millions After then-Prince Charles admitted to cheating on Diana with Camilla Parker Bowles in a TV interview, Diana made her first public appearance wearing her iconic […]

The Giants had a 22-59 record as a franchise from the 2017 NFL season through 2021. After drafting Daniel Jones, Dexter Lawrence, Julian Love and Darius Slayton in 2019, they went 14-35 the next three years. Losing was a brutal part of daily life in East Rutherford, N.J. So it would be understandable, after losing […]