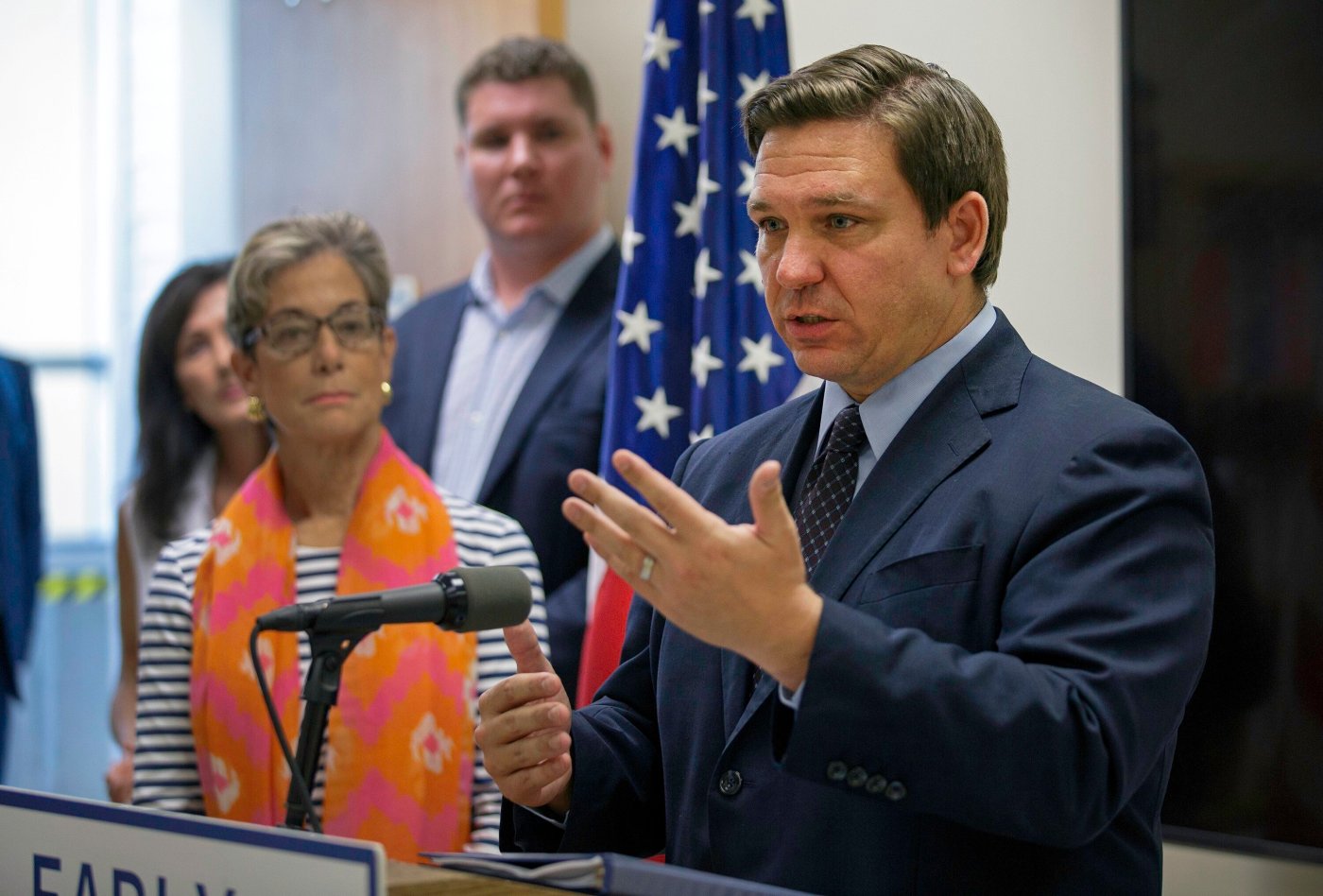 Lawyers for Gov. Ron DeSantis filed the emergency appeal after a judge ruled on Wednesday that the state must stop its enforcement of a mask ban.

The latest court ruling comes amid a showdown between the state and some local school districts that have insisted on requiring students to wear masks as Covid-19 infections surge.

On August 27, Second Circuit Judge John Cooper ruled against DeSantis, allowing Florida schools to institute mask mandates while the case was appealed at a higher level.

The state threatened to withhold funding from districts that violated the order and required masks, but 13 Florida school districts have implemented mask mandates without a parental opt-out, in defiance of the governor.

DeSantis tweeted he was not surprised by Friday’s ruling.

“The 1st DCA has restored the right of parents to make the best decisions for their children. I will continue to fight for parents’ rights,” he added.

Some school districts with mask mandates, though, said Friday that the appeals court decision wouldn’t immediately change their policies.

“Our current policy remains in place through October 30,” Ollendorff said.

Leon County Public Schools, which includes Tallahassee, won’t comment on the ruling and “will continue to mandate masks” through eighth grade, according to spokesperson Chris Petley.

There will also be no changes in the mask policy at Lee County Public Schools, according to spokesperson Rob Spicker, who said “the mask requirement remains in place.” Lee County includes Fort Myers.

Brevard Public School System spokesperson Katherine Allen said the system had “not been notified of any changes to our current policy at this time.”

“The decision is disappointing, but we understood from the beginning that the legal battle over masks in schools would take time and not every decision would be favorable,” said Alachua County Public Schools spokesperson Jackie Johnson.

Billie Eilish Had to Change the Way She Uses Instagram: ‘I Will Spiral Out’

Billie Eilish | Koury Angelo/Getty Images for Apple Billie Eilish wants to know what the public thinks of her Back in July, Eilish made the decision to stop reading the comments on her Instagram account that has 90.4 million followers. Instead of going on the app to read comments, she only uses it to post […]

Abcarian: Thank heavens Biden is standing up for science and vaccines

How refreshing to see a defiant President Joe Biden invite Republicans to “have at it” over his aggressive new plan to make sure most Americans are vaccinated against COVID-19. Thursday, he announced that private-sector businesses with more than 100 employees must make sure their workers are fully vaccinated or be tested each week before coming […]