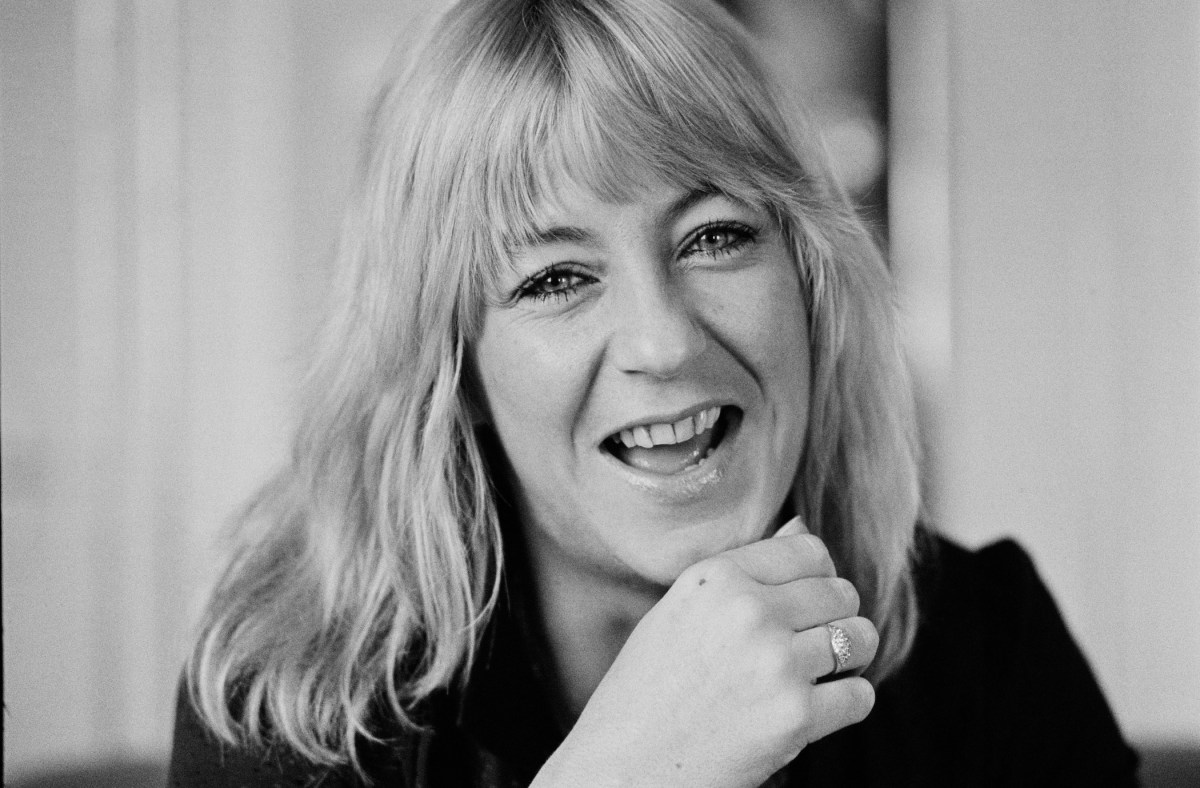 Christine McVie appeared as a keyboard player, singer, and songwriter for Fleetwood Mac

Christine McVie is one of the Fleetwood Mac members, appearing alongside Stevie Nicks and Lindsey Buckingham for several songs by the rock band — even joining the group before the well-known duo.

The musician is also credited as the songwriter for Fleetwood Mac hits, including “Songbird,” “Oh Daddy,” and “Say You Love Me.”

McVie remained in the rock band until the 1990s, when she took a step back due to her fear of flying. She reunited with Fleetwood Mac after overcoming her phobia (thanks to the support of Mick Fleetwood).

Aside from being a chart-topping musician, McVie is an avid TV watcher — and a Netflix subscriber. During an interview with the Guardian, the artist mentioned her post-Fleetwood Mac activities.

“Sailing,” McVie said. “I have friends who have a yacht in Portofino, Italy, so sometimes go over there. I’m also a telly freak and like these long sagas. Narcos on Netflix is brilliant. It’s about Pablo Escobar and has a great plot.”

This wouldn’t be the only time McVie shared her love for binge-watching. During an interview with Rolling Stone, the artist mentioned how she spends her free time.

“I watch a lot of TV,” the “Songbird” writer said. “Really, that’s about it. I don’t really write songs to relax. When I feel a bit of pressure coming on, I’ll get to the piano and see what I can come up with.”

The Netflix original series McVie mentioned details the rise of the cocaine trade in Colombia in the 1980s. It follows some real-life stories of drug “kingpins” and the war on drugs. Narcos premiered in 2015, with the final episode airing in 2017. In 2018, the streaming platform debuted its spinoff Narcos: Mexico.

During an interview with Far Out Magazine, McVie even mentioned some of her favorite songs. That includes “Angel Come Home” by the Beach Boys and “I’d Rather Go Blind” by Etta James.

Christine McVie is credited on the soundtrack of several films

Thanks to her work with Fleetwood Mac, McVie is credited as a songwriter and artist on feature films like Guardians of the Galaxy Vol. 2. “The Chain” appeared in Marvel’s flick, with all five Fleetwood Mac members listed as songwriters — Fleetwood, Christine McVie, John McVie, Nicks, and Buckingham.

With news that Amy Robach has been involved in a secret, months-long romance with her “Good Morning America” co-host T.J. Holmes, it’s also been reported that she hid some painful realities about her 12-year marriage to Andrew Shue when she and the actor once happily described their blended family as being like “The Brady Bunch.” […]

Led Zeppelin singer Robert Plant | Michael Putland/Getty Images Robert Plant said the Led Zeppelin song ‘The Battle of Evermore’ embarrassed him Despite achieving success with Led Zeppelin, or maybe because of it, Plant has never shied away from speaking his mind about the band he fronted. A few years after Zep disbanded, Plant called […]