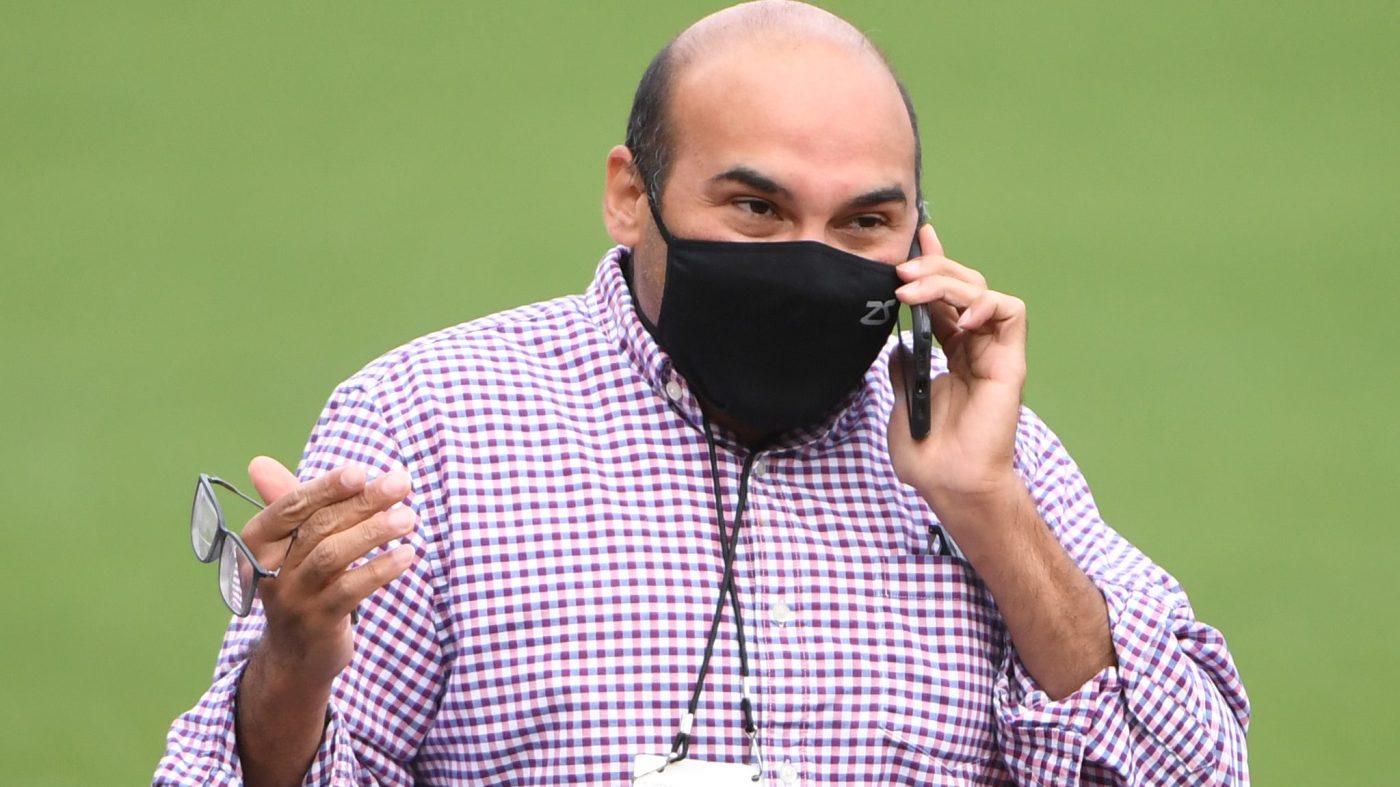 Under normal circumstances, San Francisco Giants fans would be counting down the days until pitchers and catchers report to Scottsdale, Arizona for the team’s first spring training workout.

It’s been a long time since circumstances were normal.

It’s entirely possible the Giants are only about five weeks away from opening camp, but Major League Baseball has provided no clarity on whether spring training will start on time. With the coronavirus pandemic raging throughout the United States, especially in Arizona, it’s uncertain whether it will even be feasible for teams such as the Giants to begin practicing in Maricopa County without posing significant health and safety risks to players, coaches, staffers and the greater community.

Without any guidance from the league, we’ll continue to operate under the assumption the Giants will report to Arizona in mid-February. And with time potentially running short for the Giants to make more changes to the roster, we’re bringing you five predictions on how the remainder of the offseason will unfold.

The Giants acquire a pitcher with multiple years of team control

A quick glance at the Giants’ rotation suggests president of baseball operations Farhan Zaidi and general manager Scott Harris have plenty of work left to ensure the unit is in better shape than it was a season ago. The Giants brought Kevin Gausman back on a qualifying offer and signed former Reds right-hander Anthony DeSclafani to a one-year deal, but they lost lefty Drew Smyly in free agency to the Braves and non-tendered fellow southpaw Tyler Anderson.

‘None at all’: Politics not a factor in Giants’ decision to trade Sam Coonrod

With Dodgers thriving and Padres buying, what’s the Giants’ path forward in the NL West?

The Giants are optimistic Tyler Beede will return from Tommy John surgery and regain a role in the rotation, but the team needs at least one more reliable starter with a proven track record to give the staff a chance to improve on a disappointing 2020 season.

Given the fact Gausman, DeSclafani and veteran Johnny Cueto are slated to become free agents at the end of the 2021 season, it would make sense for the Giants to sign or trade for a pitcher who will remain under contract through at least 2022. The team has an extensive list of expiring contracts and it’s probably not a wise idea to expect to contend in 2022 with such massive turnover expected …read more

By STEVE PEOPLES, BILL BARROW and RUSS BYNUM ATLANTA (AP) — Georgians cast high-stakes final votes Tuesday in elections to determine the balance of power in the new Congress, deciding Senate runoff elections sure to shape President-elect Joe Biden’s ability to enact what could be the most progressive governing agenda in generations. Republicans were unified […]

Miss Manners: Can I taunt her because she got sick?

DEAR MISS MANNERS: I have a friend, “Maya,” who has been very cautious about the virus. She has for the most part stayed home, having groceries delivered and keeping up friendships via technology. I respect her choices, but I’ve been quite a bit more “out there.” I go shopping, to the salon and out to […]