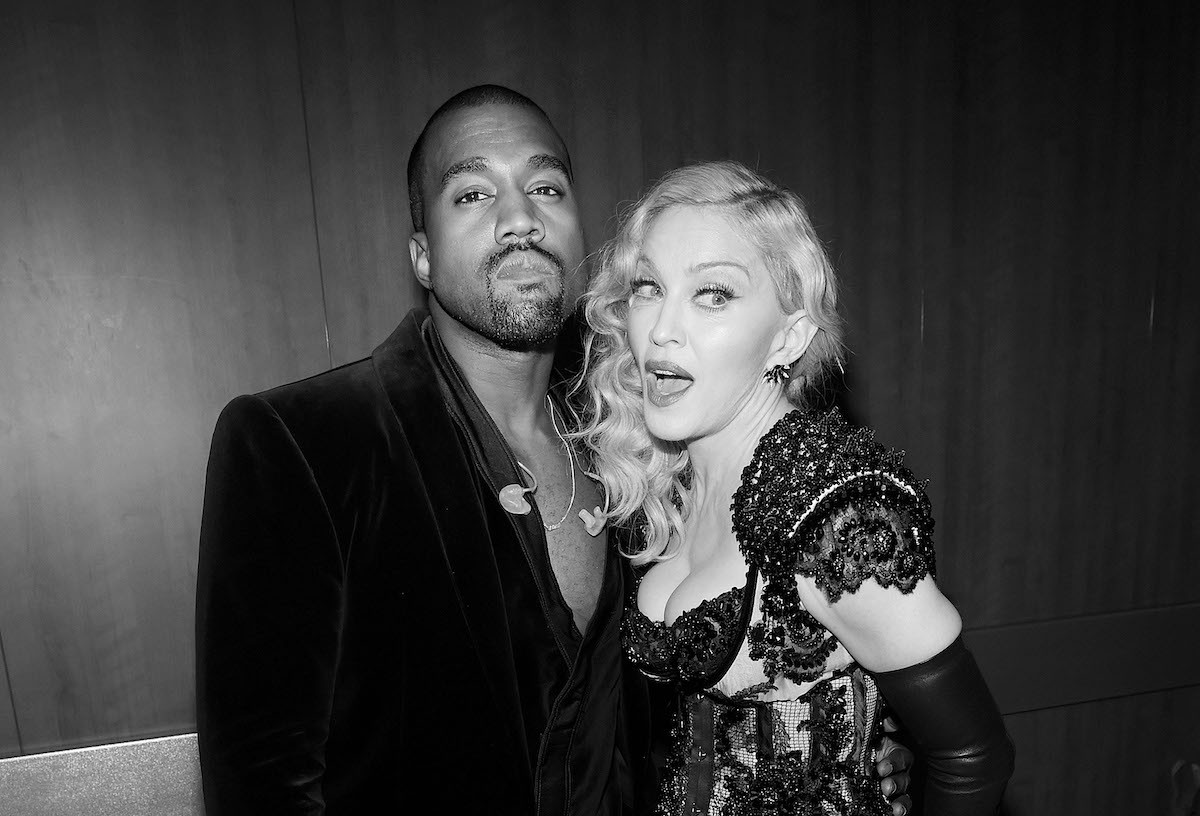 On Jan. 13, musician Madonna posted a series of photos on her

Hot new couple Kanye West and Julia Fox were joined by some very famous friends on their latest date night. Madonna posted photos revealing that she spent an evening with the couple, along with Antonio Brown and Floyd Mayweather. Here are all the details we know so far and how fans are reacting to the pictures.

Julia Fox and Kanye West have been making headlines together since the start of 2022. The Uncut Gems star opened up about her new relationship with West in a blog-style article she wrote for Interview.

“I met Ye in Miami on New Year’s Eve and it was an instant connection,” Fox shared. “His energy is so fun to be around. He had me and my friends laughing, dancing, and smiling all night.”

Fox said they took their romance to New York after spending time together in Miami. “We decided to keep the energy going and fly back to New York City to see Slave Play … after the play we chose to do dinner at Carbone which is one of my favorite restaurants.”

She also shared that  the Donda rapper surprised her with “an entire hotel suite full of clothes,” which she described as “every girl’s dream come true.”

Fox said she is unsure where her relationship with West is headed, but she’s looking forward to seeing where it goes.

On Jan. 13, musician Madonna posted a series of photos on her Instagram revealing that she spent the evening with Julia Fox, Kanye West, Floyd Mayweather, and Antonio Brown.

“Went to dinner with Julia to talk about my movie and some other folks showed up…………………,” the singer captioned the images.

The first picture shows Fox and Madonna sprawled across a couch together. The second photo is of West and Madonna. In the third image, West and Madonna are joined by boxer Floyd Mayweather and another woman, who isn’t tagged in the post. Football player Antonio Brown appeared in two of the other photos.

Fans are reacting to the unexpected group date with Madonna, Floyd Mayweather, and Antonio Brown

Fans are going wild over Madonna’s photos since they contain such an eclectic mix of stars from different parts of the entertainment industry.

“Iconic evening,” one fan commented, while another wrote, “Love this moment.”

Many fans expressed excitement about the project Madonna was discussing with Fox. They …read more

NEWARK — A 22-year-old man died of injuries after a weekend vehicle crash, and the driver was arrested on suspicion of driving under the influence, authorities said. In a statement Monday, police said officers and Alameda County Fire Department firefighters responded to the crash around 11:20 p.m. When officers arrived at Saint Isabel Street near […]

As part of a plea deal in a drug sales case, Orange County prosecutor Claudia Alvarez tried to warn defendant Rogelio Garcia Jr. that he could be charged with murder if he ever sells fentanyl-laced drugs causing a death. But Garcia didn’t want to hear it. With his hands shackled, Garcia couldn’t put his fingers […]