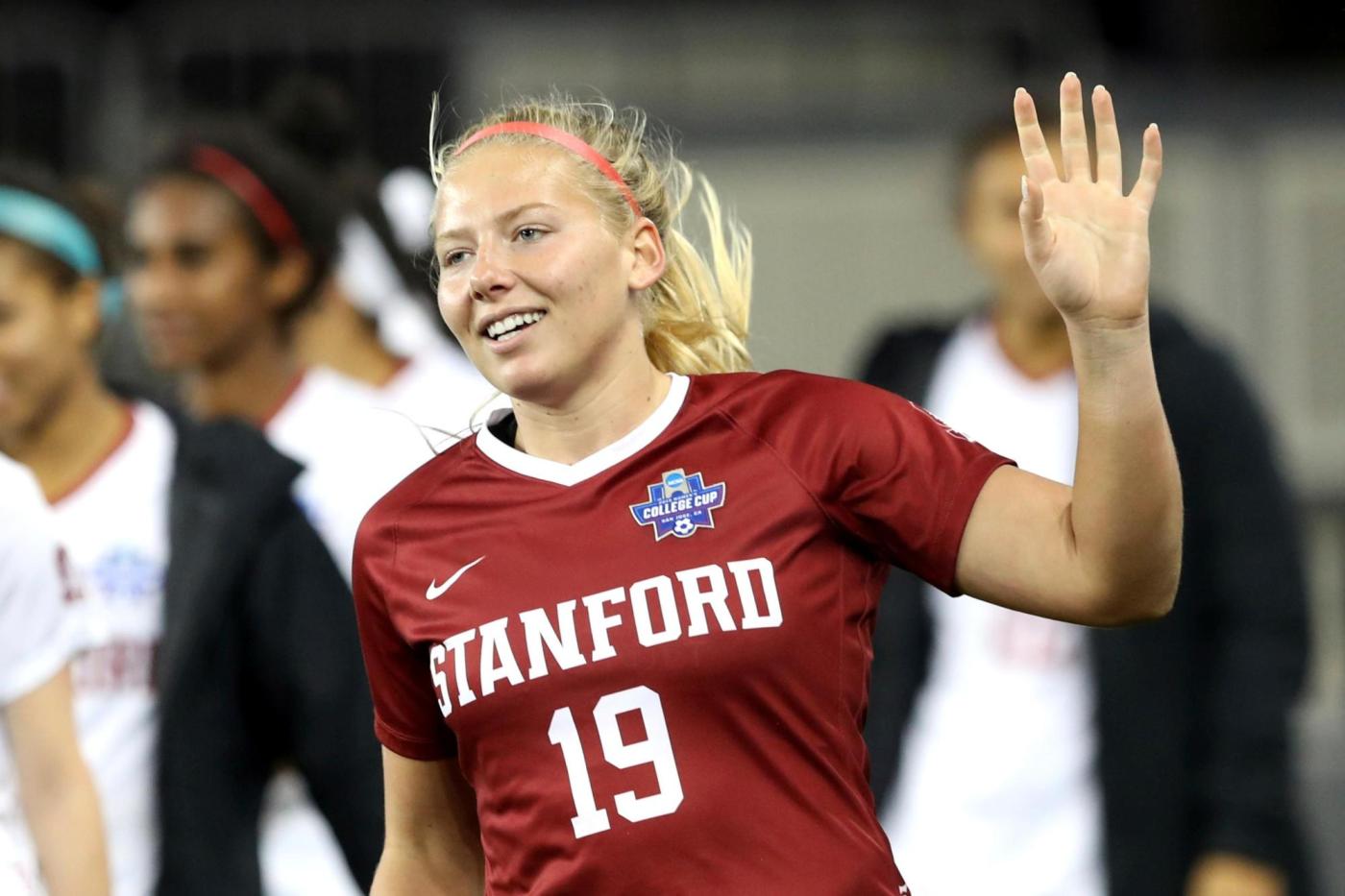 Katie Meyer’s parents have filed a wrongful death lawsuit against Stanford, saying the 21-year-old goalie was distressed about facing discipline over an incident from August 2021.

The lawsuit says Meyer spilled coffee on a Stanford football player who allegedly had sexually assaulted a soccer teammate. It also said that Meyer received a formal written notice on the evening of Feb. 28 — the same night she died — that charged her with a “Violation of the Fundamental Standard.”

The violation put her diploma on hold a few months before she was supposed to graduate, USA Today reported.

Her parents argue in the lawsuit that the notice came “after-hours” while Meyer was “alone in her room without any support or resources.” The lawsuit says that Meyer responded to the email “expressing how ‘shocked and distraught’ she was over being charged and threatened with removal from the university” and received a follow-up email that scheduled a meeting three days later.

Her parents said in the lawsuit that Meyer had “an acute stress reaction that impulsively led her” to take her life. The lawsuit also says that Meyer had told Stanford employees in November 2021 that she had “been scared for months that my clumsiness will ruin my chances of leaving Stanford on a good note.”

Stanford’s assistant vice president of external communications, Dee Mostofi, told USA Today on Wednesday that the school “strongly disagreed” with the lawsuit’s claim that Stanford was responsible in Meyer’s death and hadn’t seen the complaint.

Meyer was a part of the 2019 national champion women’s soccer team. She stopped two penalty shots in Stanford’s 5-4 shootout victory over North Carolina after a scoreless draw.

Michael Avenatti sentenced to 14 more years, this time for embezzling millions from clients

Michael Avenatti, the high-profile civil attorney who gained fame and widespread cable-news exposure criticizing former President Donald Trump, was sentenced on Monday, Dec. 5, to 14 years in prison for stealing more than $10 million in settlement funds that should have gone to former clients. U.S. District Judge James V. Selna, during a hearing at […]

PHILADELPHIA — Not like this. The Nets weren’t supposed to lose this game. Especially not like this. Not against a 76ers team with Joel Embiid, James Harden and Tyrese Maxey each out due to foot injuries. Not in Ben Simmons’ first official game back at the Wells Fargo Center since the blockbuster trade that sent […]

‘Harry & Meghan’: The Netflix Docuseries Will Premiere Sooner Than Expected

Meghan Markle and Prince Harry | Chris Jackson/Getty Images ‘Harry & Meghan’ will debut on Netflix Dec. 8 Fans were stunned when In a move that has stunned everyone, Prince Harry and Meghan Markle are bringing their personal story and perspective to Netflix. The royal couple’s docuseries, Harry & Meghan, is slated to give the […]