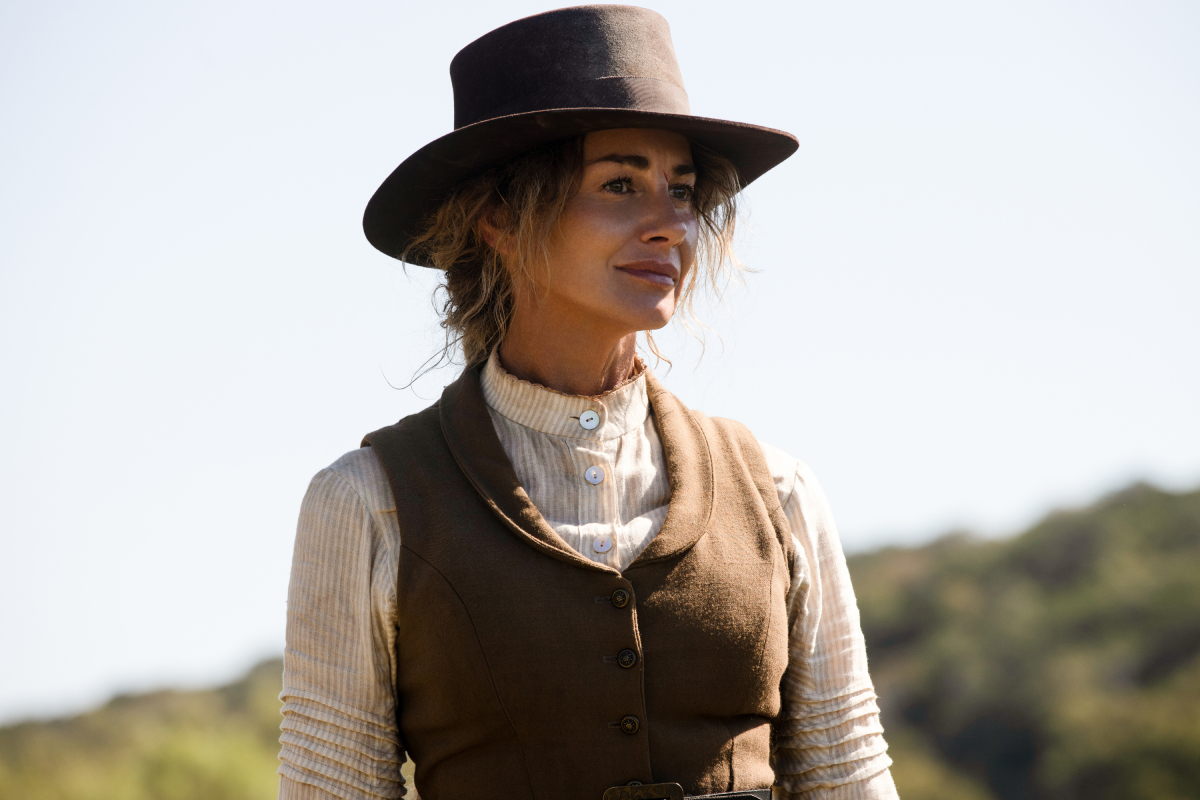 Faith Hill and her real-life husband are currently starring on the Yellowstone prequel 1883.
They play James and Margaret Dutton the great-great-grandparents of Kevin Costner’s John Dutton.
Hill admits she stayed away from horses for two decades before 1883 after a traumatizing incident.

1883 star Faith Hill spent a lot of time on horseback while filming season 1 of the Yellowstone spinoff. The This Kiss singer appears to be a natural, as she’s making horseback riding look pretty easy and comfortable. But surprisingly, Hill’s history with horses isn’t a good one. She says that she was once so traumatized by an incident that she vowed to stay away from them.

In the new Yellowstone prequel 1883, Hill and her husband Tim McGraw star as Margaret and James Dutton — the great-great-grandparents of Kevin Costner’s John Dutton.

The new series is set in the late 19th century when James and Margaret headed west across the Great Plains with their children and other pioneers in an arduous wagon train journey. It tells the story of how the Dutton patriarch and matriarch came to settle the Montana land that would eventually become the Yellowstone Ranch.

Before filming for 1883 began, Hill, McGraw, and their co-stars went to creator Taylor Sheridan’s cowboy camp so they could learn to ride horses in a way that was true and authentic to the time period.

Before the camp, Hill had avoided horses for the better part of two decades. She told Taste of Country during a recent interview that her cowgirl era suddenly ended around the time her third daughter Audrey was born 20 years ago.

During her time at Sheridan’s cowboy camp, Hill says that she learned she’d been doing things all wrong when she rode horses years ago. If she would have known, it’s possible Hill wouldn’t have stayed away from horses for so long.

“Most people who ride know this, but never run your horse when they see the barn,” Hill explained. “Well, I didn’t know that, and I just let my horse Bandit just like — for almost half a mile — fly to the barn. It was terrifying … after that moment I said, ‘You know what? I’m gonna stay off horses for awhile.’”

After Hill vowed to stay away from horses, McGraw pretty much kept off of them too. Not because he didn’t enjoy riding, but because he just didn’t have the time. Between his music, acting, and his family, McGraw didn’t get the opportunity to ride like he did when he was growing up.

However, when he got back on a horse for Taylor Sheridan’s 1883, McGraw says that everything came back to him rather easily. What wasn’t so easy was getting the horse to cooperate.

“Just about every scene …read more

Olympic gold medalist, Sunisa Lee, recently changed her relationship status on social media. However, as soon as she went public with the relationship, she experienced racism in her comments section. The celebrity recently replied to a fan of hers, who supported the relationship, saying she’s received “so much hate” over the interracial relationship with her […]