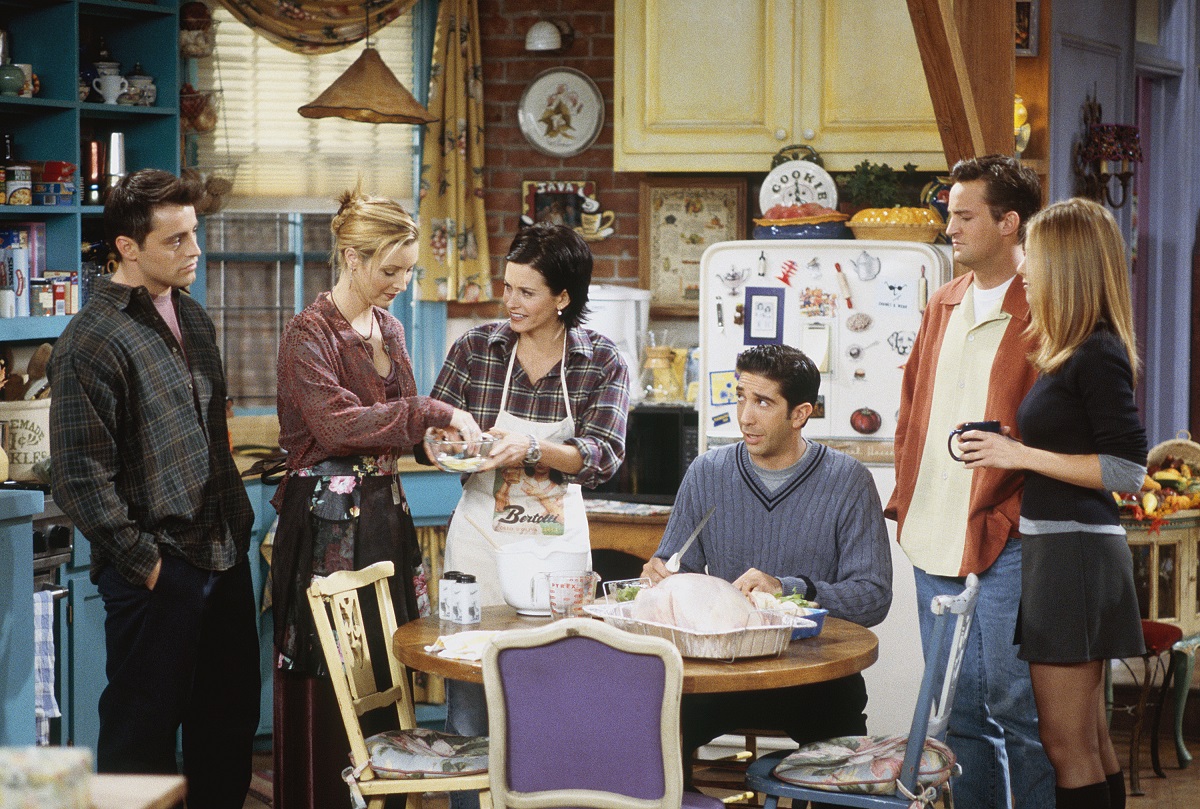 The holiday season is an interesting time for television shows. Writers have one of two options regarding the holidays. They can either ignore them completely, like Sex and the City did, or lean into them like Everybody Loves Raymond, Friends, and New Girl. Everybody Loves Raymond, Friends, and New Girl all have Thanksgiving episodes that consistently rank among the best in TV history. But which show depicted the Thanksgiving holiday better? We’ve done some digging and think we have an answer.

The writers behind ‘Friends’ set out to own Thanksgiving

Friends spent the entirety of its 10-season run focusing on the nuances of life, friendship, and romance for 20-somethings in New York City. Each year, the show offered up an episode dedicated to Thanksgiving. Some years, the gang missed out on the opportunity to see their families. In others, their families came to them. Most episodes included some form of cooking mishap, and just about anybody can relate to that.

New Girl didn’t run as long as Everybody Loves Raymond or Friends, but the sitcom about four friends living inside a loft together still knew how to get the job done. It certainly knew how to depict the mishaps and misadventures of a holiday right.

The series started strong with its season 1 Thanksgiving episode. It included a romantic blunder, a fire, the death of a neighbor, and Black Friday shopping. The show went in the opposite direction with its next holiday-themed episode. The episode, “Parents,” focused on Jess Day’s attempt to get her parents back together with a full-blown Parent Trap scheme.

So which show had the best Thanksgiving-themed episodes?

Each show succeeded in different ways. Everybody Loves Raymond offered a relatable take on family life, while Friends and New Girl were great at offering up commentary on life with a close group of pals. All told, though, Friends has the most iconic episodes dedicated to Thanksgiving. Because of the number, variety, and fan reactions to the episodes, we have to say Friends is probably the overall winner. “The One With All The Thanksgivings” makes most lists as an iconic Thanksgiving episode, and it is rated 9 out of 10 stars on IMDb.

Every week there’s a path to winning for the Dolphins. Here’s this week’s way: 1. Ride the big play. This game’s strength for the Dolphins plays directly into Cleveland’s weakness. The Dolphins’ big-play passing game with Tua Tagovailoa, Tyreek Hill and Jaylen Waddle has been dynamic the last couple of games against troubled Detroit and […]

Few actors are as acclaimed as Jack Nicholson. A legendary star with countless iconic roles in his filmography, Nicholson was active in Hollywood from the late 1950s until 2010. The actor’s biggest payday reportedly came from his iconic performance as the Joker in director Tim Burton’s 1989 film Batman. But nearly a decade later, Nicholson […]

Abcarian: On the fifth anniversary of the #MeToo movement, the reckoning continues

What a bracing coincidence! On the fifth anniversary of the #MeToo movement’s explosion, disgraced movie mogul and convicted rapist Harvey Weinstein is on trial once again for rape, this time in Los Angeles. And “She Said,” a feature film about the New York Times reporters who exposed his decades of sexual assault, has just opened in […]