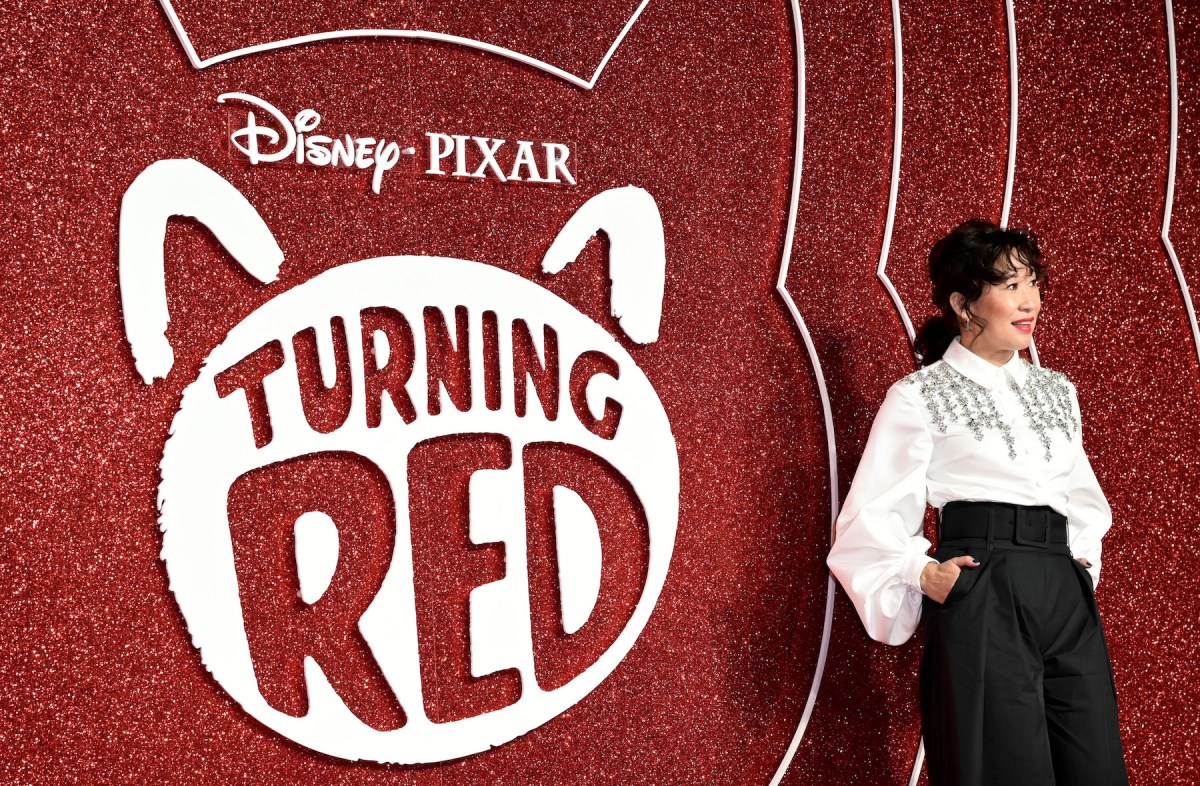 Mei Lee is 4*Townie, sharing her love for each member of the fictional boy band. Some viewers wonder, however, why the Turning Red group is called 4*Town if there are actually five members. Here are some theories surrounding the Disney and Pixar production.

Mei Lee and her friends are unapologetic 4*Town fans, with “1 True Love” and “U Know What’s Up,” included on the Turning Red soundtrack. One of the boy band’s most popular songs is “Nobody Like You,” performed by all five members of the fictional group.

These original songs were written by the sibling songwriting duo of Billie Eilish and Finneas, with Jordan Fisher as Robaire, Josh Levi as Aaron Z., Topher Ngo as Aaron T., Finneas O’Connell as Jesse, and Grayson Villanueva as Tae Young.

As with most boy bands, each member has a distinct personality. As noted by Mei, “Jesse went to art school, Tae fosters injured doves, Robiare speaks French — and Aaron T. and Aaron Z. are, like, really talented, too!” Together, these five artists make up 4*Town.

Ming even questioned the 4*Town name in the film. Why are there five members when they’re called 4*Town? She even pointed out 4 is an unlucky number in Chinese culture. Although it’s never officially explained in the film, there are a few theories regarding 4*Town’s band name.

Why are they called 4*Town when there are 5 members?

There are fan theories surrounding the Turning Red band name. According to the 4*Town Fandom page, director Domee Shi stated she “like[s] to think that in 4*Town canon they were all born on the fourth of a different month.”

To keep the integrity of the group (and because the two Aarons share a first name) the artists kept their original band name. This is similar to Mei’s friend group, who first appeared in Turning Red as four and later added a fifth friend — Tyler.

Pop Sugar theorized that 4*Town’s band name could be the creators “poking fun at boy bands whose number of members don’t match the number in their name.” There’s 5 Seconds of Summer with four members, K-pop group Seventeen at 13 members, and British boy band 5ive which performs with three members, to name a few.

The name “Seventeen” actually stems from phase “13 members + 3 units + 1 group,” referencing the different member roles, but that’s beside the point. One Reddit user supposed Disney and Pixar didn’t single out one boy band to emulate.

“I think they were …read more

By Jake Coyle | Associated Press Knock. Knock. It being mid-winter (typically a doldrums in movie theaters), it’s a cozy relief to be able to throw open the door and find M. Night Shyamalan standing there with his near-annual helping of high-concept thriller. His last one, “Old,” about vacationers trapped on a private beach where […]

Where might 49ers turn at QB if Purdy misses 2023? Pros and cons of Lance and veteran options including Brady, Rodgers

Brock Purdy won week after week. Eight wins. That was enough for anyone to see he should be the 49ers’ starter next season. Then one play changed it all. The ulnar collateral ligament tore in his throw elbow, when he took a seven-step drop, waited for Brandon Aiyuk to break open, cocked the football, and, […]

This Role Made Hugh Jackman Question His Parenting

Hugh Jackman speaks at a screening of “The Son” I John Lamparski/Getty Images The Son tells the story of Peter, played by Jackman, a man married to his second wife and enjoying life with their baby. Peter’s life is turned upside down when his ex, Kate, shows up at his house and tells him that […]