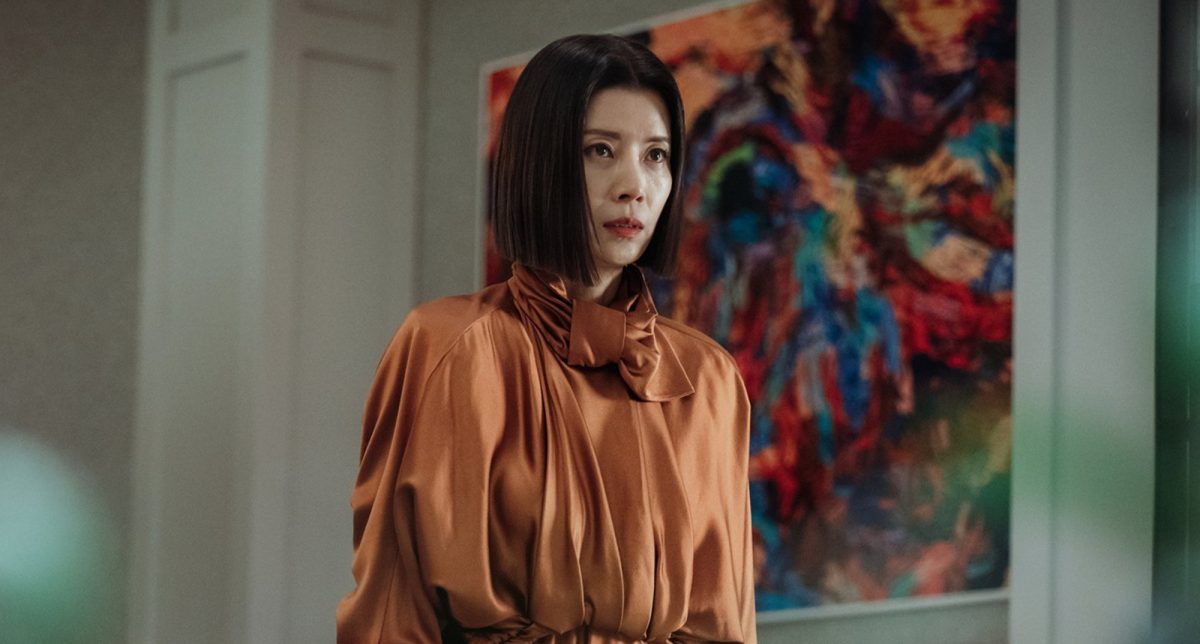 Eve is taking a dramatic turn, with fans on the edge of their seats for the K-drama. While Ra-el continues her plan for revenge and becomes So-ra’s confidant, she learns a dark truth. In Eve Episode 6, Ra-el learns more about Yoon-kyum’s past lover, the reality of her mother’s disappearance, and how it ties to So-ra.

Part of Ra-el’s story in Eve is that she is unaware of where her mother is. In the first few episodes of the K-drama, the flashbacks reveal that Ra-el’s mother disappeared shortly after her father’s death. This left Ra-el with no guardian until Moon-hee found her. In one flashback, fans see Ra-el would visit the last care facility her mother was a patient.

Despite her efforts, there was never information about her mother’s whereabouts. Eve also shocks fans with the mystery behind Yoon-kyum’s past. Ra-el and Moon-hee learn from Eun-pyeong that Yoon-kyum is an illegitimate son. He was born to a housemaid that worked for his father.

When Ra-el looks for evidence against LY Group in his study, she finds a newspaper clipping. The article states a three-car collision that resulted in the death of two people. One is assumed to be Yoon-kyum’s mother. The other is theorized to be Moon-hee’s daughter.

But the K-drama also reveals that Yoon-kyum had a past lover who was a singer. She also miraculously died after a car accident. It just so happens that a club madam close to Yoon-kyum is also killed in a hit-and-run in Eve Episode 4. Eve Episode 6 reveals the truth behind Ra-el’s mother’s death and Yoon-kyum’s lover.

After Ra-el successfully entices Yoon-kyum to decide to have an affair, everything goes downhill for So-ra. In Eve Episode 6, So-ra spirals as Yoon-kyum no longer hides his disinterest and hatred toward her. She is unaware the “other” woman is Ra-el. While Ra-el gains enough evidence on the company to start a criminal case, her world breaks when So-ra confides in her.

At her dance studio, the other two mothers pretend to make nice and throw So-ra a small birthday party. So-ra could care less and became enraged. In private with Ra-el, So-ra calls in the male dancers and offers them money for sleeping with the two other mothers and getting footage of it.

Ra-el is shocked and trie to reason with So-ra, but So-ra says it has …read more

Column: Chicago Bears gave Braxton Jones a look at left tackle — and the rookie is ready to battle for a job in camp

Coach Matt Eberflus was quick to point out the Chicago Bears spent the spring mixing and matching players at a variety of positions when asked about Braxton Jones appearing with the starters at left tackle earlier this month. Indeed, the Bears were shuffling the lineup at a couple of spots, but Eberflus and the Bears […]

Looking to rock ‘n’ roll this Fourth of July weekend? Then make your way to Oakland for the two-day Mosswood Meltdown. Sonic Youth co-founder Kim Gordon headlines the festival on Day 1 (July 2), while Riot Grrl pioneers Bikini Kill top the bill on Day 2 (July 3). The Dirtbombs, Bleached, Flipper, Hunx and His […]