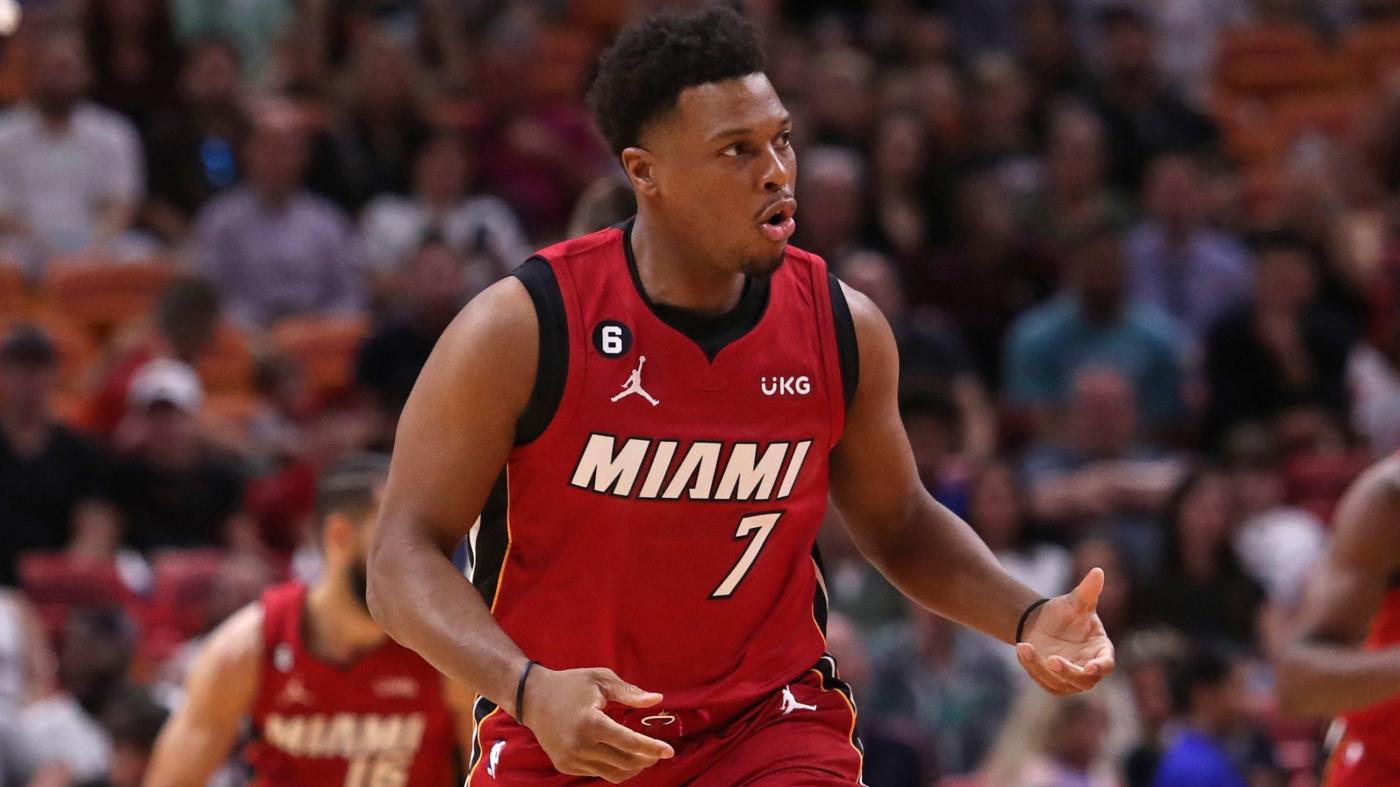 To say Kyle Lowry has spent the season in games’ biggest moments deferring stands as an understatement for the Miami Heat.

Going into Tuesday night’s game against the visiting Boston Celtics, the veteran point guard not only stands sixth on the roster in fourth-quarter scoring average, behind teammates such as Max Strus and Victor Oladipo, but also just barely ahead of two-way player Jamal Cain.

That’s what made Sunday’s decisive fourth quarter in the victory over the visiting New Orleans Pelicans so heartening.

Over a span of 1 minute, 42 seconds, with the Heat with a shaky two-point lead, Lowry scored nine consecutive Heat points, a catalog of seemingly all the possibilities of the 36-year-old former All-Star.

For a player who entered averaging 2.8 points in fourth quarters this season, who had not scored more than seven points in his three previous appearances and had not scored in double figures in six of his previous eight, it was a reminder of what was and potentially could be again.

“Adaptability,” Lowry said, “is one thing that you’ve got to continue to do in this league and that’s what I’m doing right now. [Sunday] was one of those nights where I had to be a little more aggressive and assertive.”

There have been dual balancing acts for Lowry both this season and in recent weeks. With Tyler Herro added to the starting lineup, it has left Lowry more as a facilitator for Herro, Jimmy Butler and Bam Adebayo. Then there is the ongoing treatment he has taken on his right knee, which has included intervention by the team’s medical staff.

“It’s an adjustment,” Lowry said of his uneven second season with the team. “It doesn’t matter at the end of the day. It’s about winning basketball games and doing it together.”

What Spoelstra said made Lowry’s Sunday fourth quarter so significant is that prodding wasn’t needed. Rather, a veteran point guard sizing up a challenge.

“For this particular stretch, that last few minutes, he read that intuitively,” Spoelstra said. “Anytime we were trying to make a pass, they were getting a deflection or a steal. So it was more, get to an action, and let’s get a shot on goal. And I think he felt that, he understood that.

“Now, going forward, yes, what we’re trying to do is find a balance where everybody can be aggressive and assertive and we don’t want him to get lost in the sauce.”

Adebayo saw it almost as a reawakening.

Herro said it was a break from the norm required at the moment.

“It was good to see,” he said. “Kyle, he can do that at any time he really wants. He’s a seasoned vet. He’s closed many games, a lot of big games, and right now he’s just choosing to defer to …read more

‘The Last of Us’: Original Joel Actor Troy Baker Wants a Redo of His Performance After Seeing Pedro Pascal’s Talent

Whether you’ve played the video games or not, you’ve probably heard the buzz surrounding The Last of Us TV series on HBO. Many people have declared it the best video game adaptation to date, in part because of the epic and accurate performances by stars Pedro Pascal and Bella Ramsey. Pascal’s depiction of protagonist Joel […]

Harriette Cole: My boss got mad when I said I needed to sleep

DEAR HARRIETTE: All of a sudden, I got really sick. I woke up one day and felt like garbage. I had so much work to do that I went to work anyway, but then I realized that I needed to take time off to get better. I don’t ever take time off, so my boss […]

With No. 500 in the books, Randy Bennett and the Saint Mary’s Gaels take aim at Gonzaga

MORAGA — A huge video banner popped up on the scoreboard and T-shirts with 500 emblazoned on them were passed out. Randy Bennett had his 500th career victory at Saint Mary’s with a 68-59 win over visiting USF on Thursday night, but No. 501 was crowding into his thoughts. “I am doing my part on […]