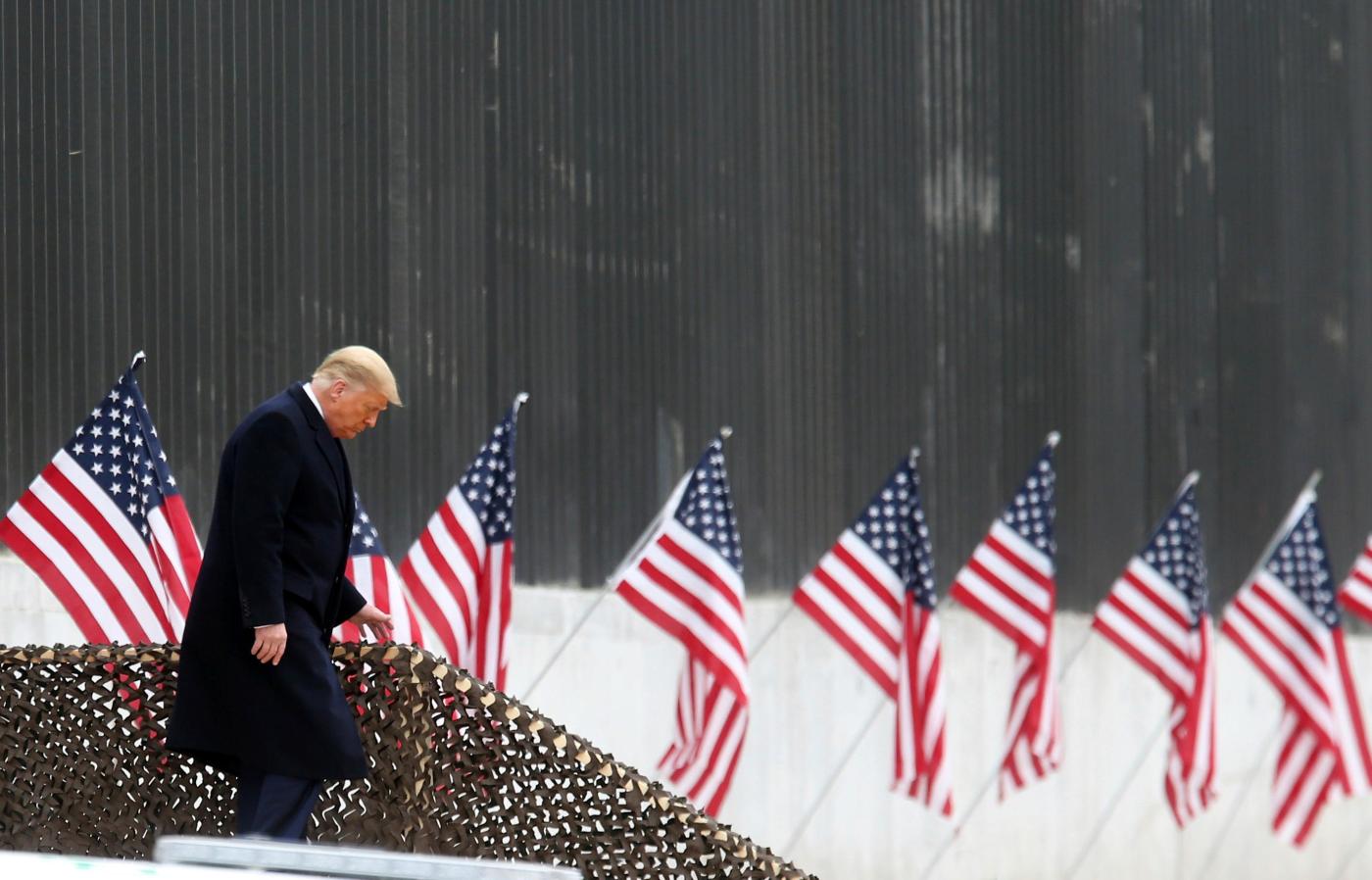 For more than four years, Trump has dominated the national discourse like no one before him. Yet when his legacy was set in stone on Wednesday, he was stunningly left on the sidelines.

Trump now stands with no equal, the only president to be charged twice with a high crime or misdemeanor, a new coda for a term defined by a deepening of the nation’s divides, his failures during the worst pandemic in a century and his refusal to accept defeat at the ballot box.

Trump kept out of sight in a nearly empty White House as impeachment proceedings played out at the heavily fortified U.S. Capitol. There, the damage from last week’s riots provided a visible reminder of the insurrection that the president was accused of inciting.

Abandoned by some in his own party, Trump could do nothing but watch history unfold on television. The suspension of his Twitter account deprived Trump of his most potent means to keep Republicans in line, giving a sense that Trump had been defanged and, for the first time, his hold on his adopted party was in question.

He was finally heard from hours after the vote, in a subdued video that condemned the insurrection at the Capitol and warned his supporters from engaging in any further violence. It was a message that was largely missing one week earlier, when rioters marching in Trump’s name descended on the Capitol to try to prevent Congress from certifying Biden’s victory.

“I want to be very clear: I unequivocally condemn the violence that we saw last week,” said Trump. He added that “no true supporter” of his “could ever endorse political violence.”

But that message, partially motivated to warn off legal exposure for sparking the riot, ran contrary to what Trump has said throughout his term, including when he urged his supporters to “fight” for him last week.

Trump said not a word about his impeachment in the video, though he complained about the ban on his social media. And later Wednesday, he asked allies if he had gone too far with the video, wondering if it might upset some of his supporters. Four White House officials and Republicans close to the West Wing discussed Trump’s private conversations on condition of anonymity because they weren’t authorized to do so publicly.

With only a week left in Trump’s term, there were no bellicose messages from the White House fighting the proceedings on the other end of Pennsylvania Avenue and no organized legal response. Some congressional Republicans did defend the president during House debate in impeachment, their words carrying across the same space violated by rioters one week earlier during a siege of the citadel of democracy that left five dead.

In the end, 10 Republicans voted to impeach.

It was a marked change from Trump’s first impeachment. That December 2019 vote in the House, which made Trump only the third …read more

Marked by record wildfires from California to Siberia, searing heat waves and relentless hurricanes, 2020 was the hottest year ever recorded, NASA scientists reported Thursday. The Earth’s average global surface temperature has risen 2.16 degrees Fahrenheit since the late 19th century, largely due to climate change from the burning of fossil fuels, according NASA’s Goddard […]

It was like a scene from the halcyon days of Studio 54, the legendary New York City discotheque where often only A-listers, name droppers and the well-connected were allowed inside. When word leaked out last month that Southern California Hospital in Culver City would share its extra doses of the Pfizer/BioNTech vaccine over three days […]

Sibling actors Chris, Liam and Luke Hemsworth have sold their Malibu mansion for $4.9 million, reports TopTenRealEstateDeals.com. Click here if viewing from a mobile device. The 4,612-square-foot, four-bedroom, four-bath home touts expansive indoor-outdoor living. It features an outdoor dining area with two fire pits, a sauna and an entertainment terrace with views of the Santa […]