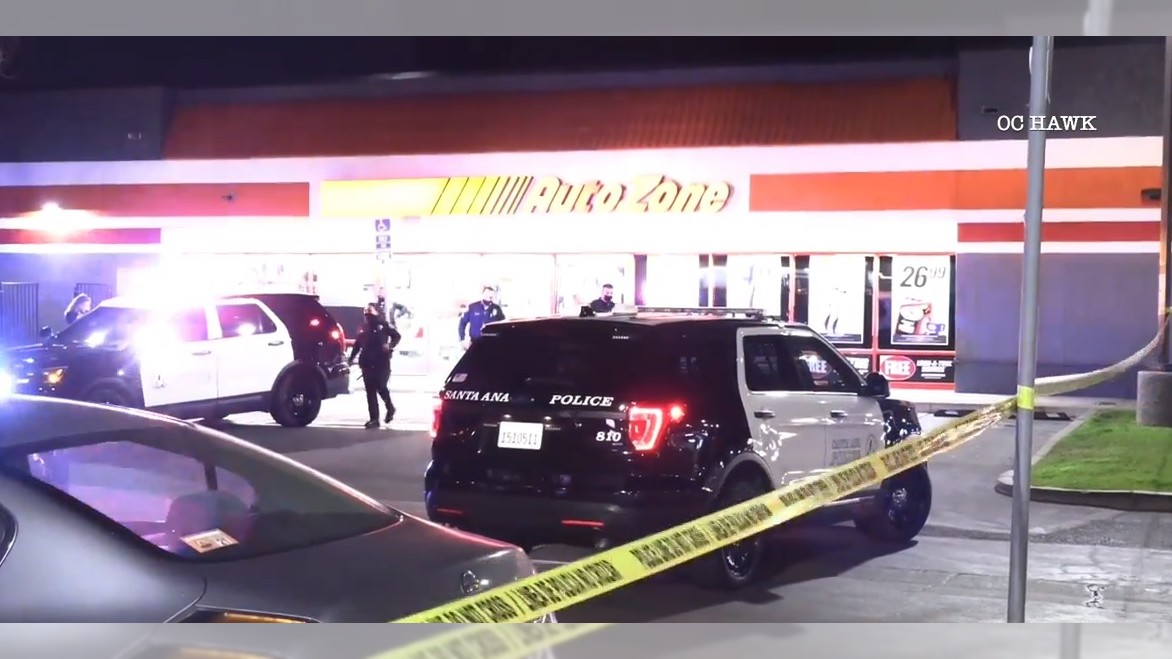 An employee of an auto parts store was briefly taken captive following a robbery in Santa Ana on Monday evening, Jan. 11.

A male suspect entered the AutoZone on the 1100 block of South Bristol Street in Santa Ana around 5:50 p.m., claimed he was armed and demanded cash, Santa Ana Police Sgt. Carol Salvatierra said. After he received an unspecified amount of cash, he abducted one employee and left the shop.

The person who was kidnapped was later found unharmed, Salvatierra said. Police were searching for the person who took him captive as of 8:30 p.m.

The suspect remained at large as of 10:20 p.m. There was no longer an active search for the suspect and the case was going to be handed off to detectives on Tuesday morning to begin building leads, police Commander Andy Alvarez said.

A description of the suspect was not immediately available.

After the House of Representatives voted Wednesday to impeach him, President Donald Trump released a video statement that did not mention the historic development that had occurred a few hours earlier. Instead, he delivered a call for calm as the threat of new riots casts a pall over Washington. Trump’s Oval Office speech came only […]

Is there a faster way to get from San Jose to I-5? Roadshow

Q: With Interstate 580 the only highway between I-5 and most of the Bay Area for big rigs, it turns into a polluting parking lot eastbound on weekday afternoons. Are there plans to improve access from San Jose to I-5? Highway 84 is turning into a poor solution by having a superhighway wannabe going through […]

WALNUT CREEK — A firefighter suffered a minor injury while helping to put out a house fire Monday morning, fire officials said. An ambulance took the firefighter to a hospital for treatment as crews were bringing the single-alarm blaze under control, spokeswoman Capt. Tracie Dutter said. He had a minor burn and a cut on […]