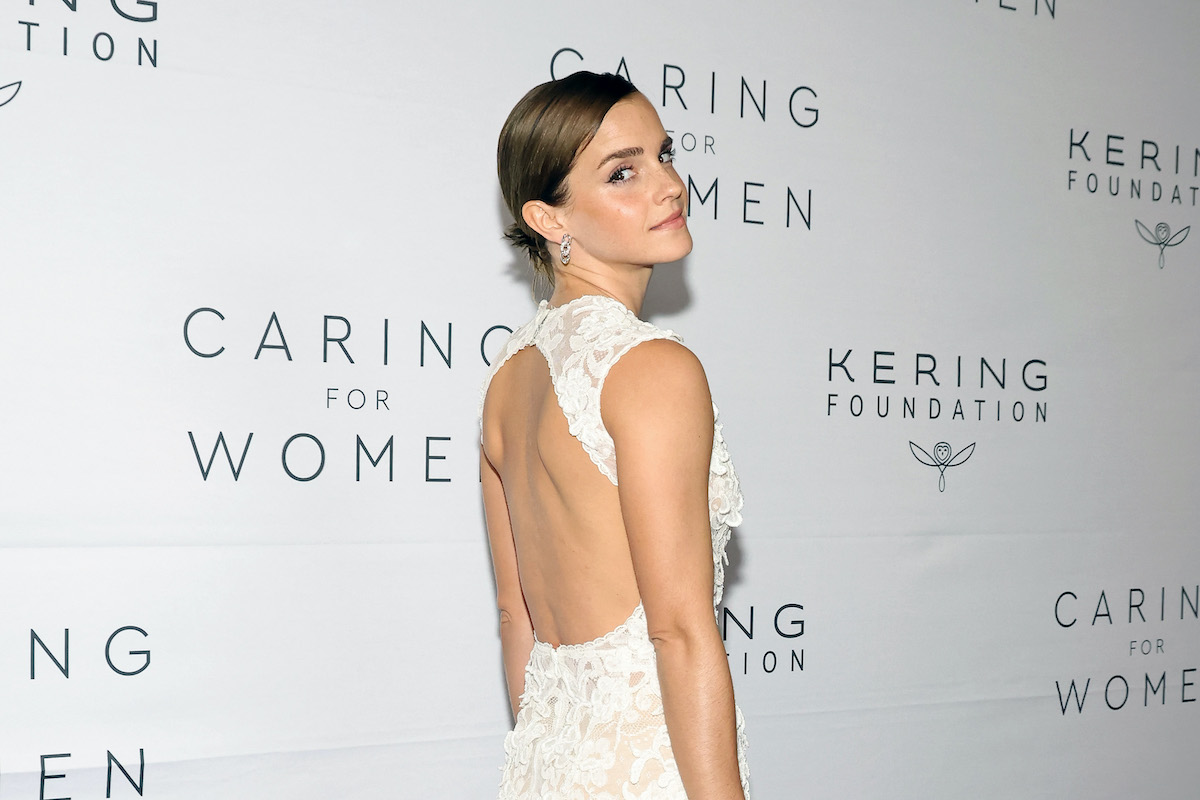 Throughout the years, Watson hasn’t been shy about sharing how awkward she felt while filming certain scenes in Harry Potter. Certainly, the Little Women actor wasn’t happy about having to kiss her co-stars,

To say that Emma Watson shot a lot of scenes for Harry Potter would be a gross understatement. The actor spent a full decade filming the wildly popular movies. Because she was a part of the golden trio, she was featured in the overwhelming majority of all eight films. Overall, Watson really enjoyed and appreciated working on the movies. However, there were some scenes that she couldn’t wait to be done with.

Throughout the years, Watson hasn’t been shy about sharing how awkward she felt while filming certain scenes in Harry Potter. Certainly, the Little Women actor wasn’t happy about having to kiss her co-stars, Rupert Grint and Daniel Radcliffe. As she’d grown up with her fellow actors, she considered them to be brothers. So, naturally, having to kiss them made for an awkward moment. But still, there was one scene that was even worse than her kissing scenes.

Fans will recall that in Harry Potter and the Deathly Hallows — Part 2, Ron, Harry, and Hermione make a daring escape from Gringotts on a dragon. Eventually, they choose to drop into a lake before the dragon notices their presence. While the scene is visually stunning, it was challenging to shoot weather-wise. Watson, Radcliffe, and Grint had to drop into a lake in the middle of winter in England.

RELATED: Emma Watson Once Asked Her Parents ‘Am I Still Your Daughter’

“The lake wasn’t heated, and because we had to get changed as part of the next scene, we couldn’t wear anything underneath,” Watson recalled to JoBlo. “I was lucky. I had my bottom half with some thermals on, but I was like, ‘This must be a joke.’ It was so cold. I think Rupert thought at one point that his heart had stopped beating. I hate being cold more than anything, so that was my most memorable day. I was like, ‘I can’t wait for this to be over!’ We spent pretty much the whole of [Harry Potter and the Deathly Hallows —] Part 2 soaking wet.”

It seems that Watson isn’t kidding about hating being cold. She admits that filming the last two movies was particularly challenging for her because of the weather conditions. In fact, The Bling Ring actor admits that she spent days in tears while filming the final Harry Potter movie because she was almost always wet and cold. Watson revealed that the weather conditions made her feel exhausted most days, and that she was constantly craving was sleep.

While filming the lake scene and the final Harry Potter movie was challenging, Watson managed to push through. Since her character is on the run for the majority of the last two films, her exhausted nature may …read more

DANVILLE — A 41-year-old man who works as a cheerleading coach and middle school teacher has been arrested on suspicion of molesting a teen student and sending her an obscene video, according to court records. Nicholas Moseby, of Concord, was arrested this week on suspicion of committing a lewd act against a 15-year-old girl, sending […]

It is hard to believe that Jennifer Lawrence made her Hollywood debut in 2008 when she took on the big screen as Tiff in Garden Party. Winter’s Bones, Like Crazy, and The Beaver were a few more movie titles the actor appeared in as her resume and reputation grew.  2012 marked a big year for […]

Miss Manners: My husband’s colleagues won’t talk to me. Am I allowed to read at their events?

DEAR MISS MANNERS: I sometimes find myself at an event where no one wants to talk to me. My husband is a scientist, and at his conferences and other work events, the other guests are usually only interested in talking to fellow scientists in their field.  I was once sitting at a table in a […]