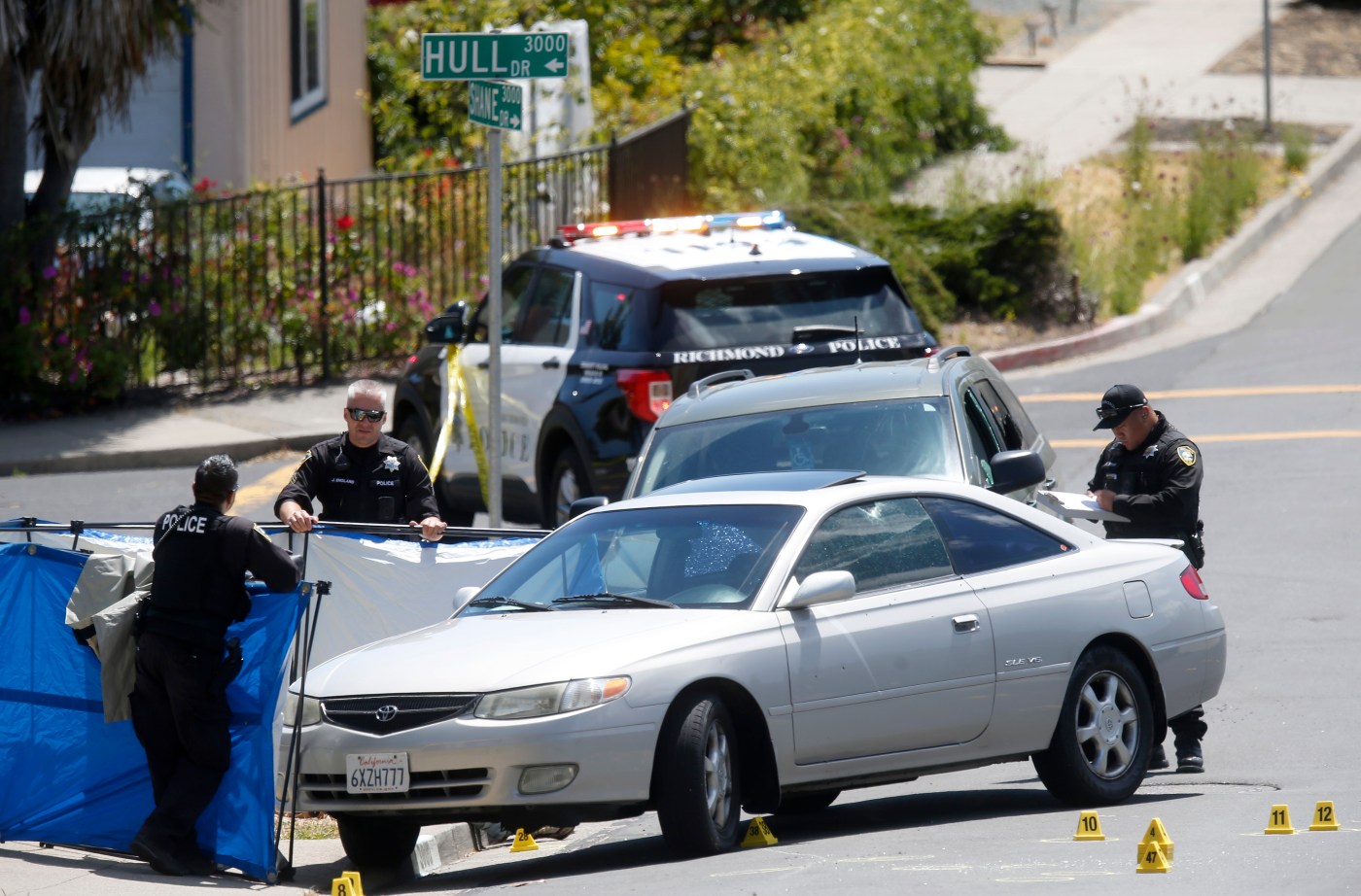 A 37-year-old man shot to death earlier this week in Richmond was identified by authorities Friday.

Aaron Burrell, of Emeryville, died during the attack in the city’s Hilltop neighborhood. Police were called to the 3000 block of Shane Drive after reports of automatic gunfire around 12:25 p.m. on Wednesday.

Burrell died at the scene. Police said only that he was shot at least one time.

The fatal shooting was the city’s eighth homicide of the year and the second in a week investigated by Richmond police. Las Vegas resident Shedrick Williams, 46, died Monday, three days after being shot in the head with a high-caliber weapon.

A white sedan has been linked to that shooting.

4 people, all 18 or younger, are arrested after man is shot to death at California park

Latest line: A good week for churches, bad one for Caltrain

Churches California agrees to pay more than $2 million in legal fees to churches that successfully challenged its pandemic closure orders all the way to the U.S. Supreme Court.                 Caltrain Commuter rail line announces its long-awaited plan to shift from diesel to more efficient electric trains will take […]

The Voltaggio brothers have worked together in the restaurant industry since they were teens and have opened several respected spots in their long culinary careers. But when it comes to getting competitive in the kitchen, it’s no-knives-barred for these brothers who will battle it out on a new Discovery+ show this summer. “It’s about cooking, […]

AUSTIN, Texas (AP) — Someone opened fire in a busy entertainment district in downtown Austin early Saturday, wounding 13 people, including two critically, before getting away, authorities said. Investigators were looking into what sparked the shooting and weren’t able to get a detailed description of the shooter, but they believe it was a man, Police […]