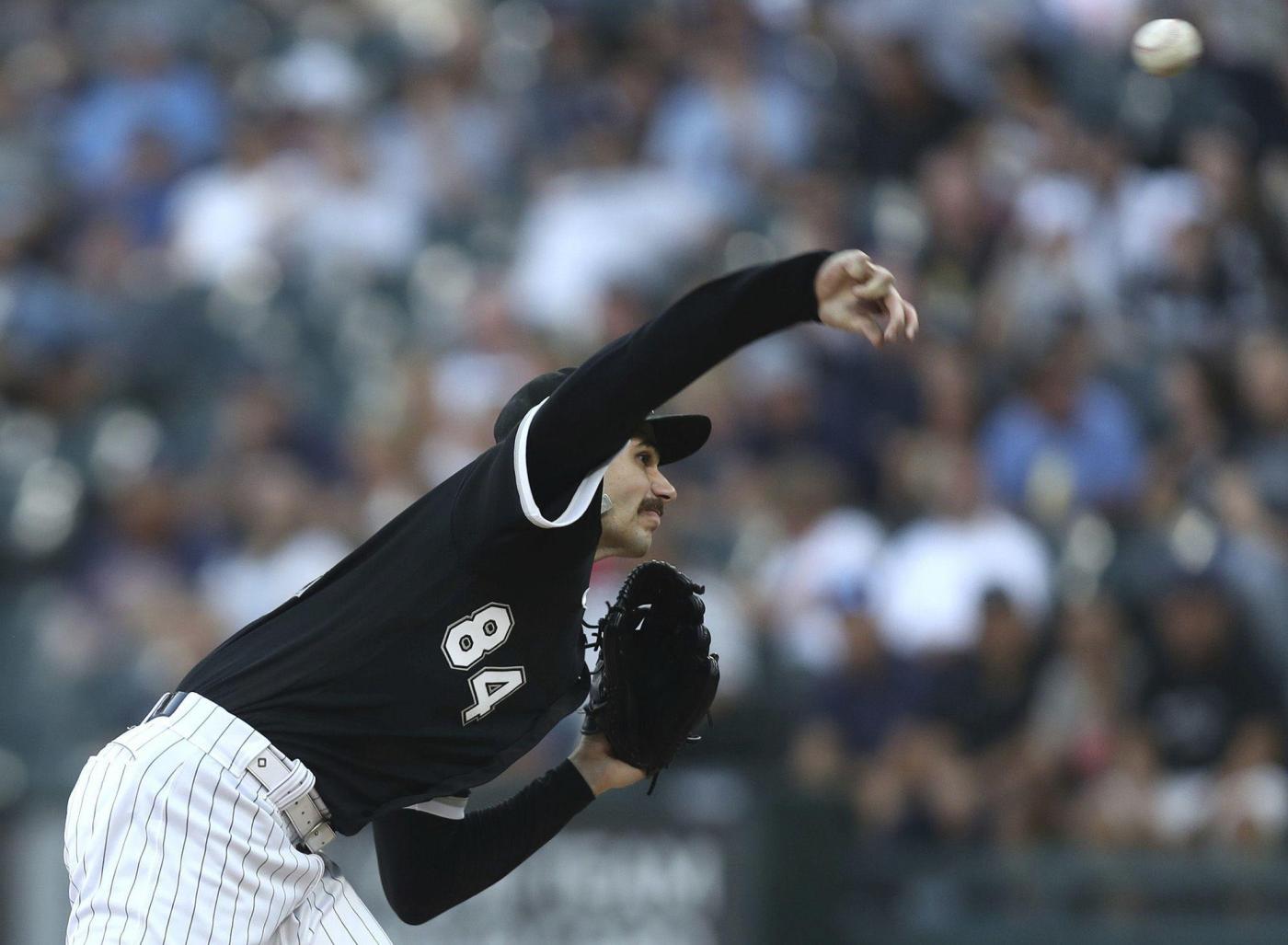 When you’re a major-league pitcher and are mentioned alongside Bob Gibson, you know you’re doing something right.

And Dylan Cease has been doing plenty right during a historic run.

The Chicago White Sox right-hander followed up a fantastic June with a July that was just as impressive. He was named the American League Pitcher of the Month in both months.

He allowed one run on two hits in six innings Friday in his first August start, earning the win in a 2-1 victory against the Texas Rangers at Globe Life Field.

It was his 13th consecutive start allowing one or no earned runs. He’s the first starter (non-opener) in American or National League history to accomplish the feat, according to STATS.

“Truthfully I don’t really think about it that much,” Cease said of the stretch after Friday’s game. “I’m more focused on what I need to do to keep it going.”

“The most important thing is the way that he’s handling it mentally,” La Russa said after Friday’s game. “Feels good and he’ll come to work tomorrow and prepare for his next start. He’s done a terrific job of putting it behind him. And it’s what’s next.”

Cease is 12-4 with a 1.98 ERA and 166 strikeouts in 22 starts this season. He’s the first Sox to earn Pitcher of the Month honors twice in the same season and joins Chris Sale (twice), José Contreras (three times) and Mark Buehrle (twice) as the only Sox to win the award multiple times.

Here are three more numbers during the stretch that illustrate why Cease is in the discussion for the American League Cy Young Award.

Cease has a 0.59 ERA and a .174 opponents average during the remarkable 13-start streak. That’s the fourth-best ERA since 1913 over any 13-start stretch in the same season.

Hall of Famer and St. Louis Cardinals great Gibson tops the list with a 0.53 ERA from June 6-Aug. 9, 1968. He won the National League Cy Young and MVP awards that season.

“I’m just trying to do the same thing every start, really,” Cease said Tuesday. “The biggest emphasis and focus for me is what I have to focus on to actually execute. I try not to get carried away with anything other than, ‘Hey, what’s my focus today?’ I try to visualize it, try to focus on it.

‘The Sandman’: What Time Are Episodes on Netflix?

The Sandman is one of Netflix’s biggest releases of 2022, and the series is finally making its debut. Based on the comics by Neil Gaiman and Sam Keith, the show promises to deliver a dark and captivating story with Tom Sturridge at the forefront. It’s among the most-anticipated August releases. The Sandman Season 1 arrives […]

A Pizza Hut box | May Tse/South China Morning Post via Getty Images Linking together celebrities and popular foods is not a new idea in the advertising business. However, when Members of The Monkees and The Beatles often crossed paths in their professional careers and personal lives. However, those instances were few when it came […]

‘We didn’t line up’: Chicago White Sox unable to make any more additions before the trade deadline

The trade deadline in some ways mirrored how the 2022 season has developed for the Chicago White Sox. There was a general anticipation of the Sox making a move or two Tuesday to aid in their pursuit of a third consecutive postseason appearance. But the Sox were unable to pull off any more deals. “In […]