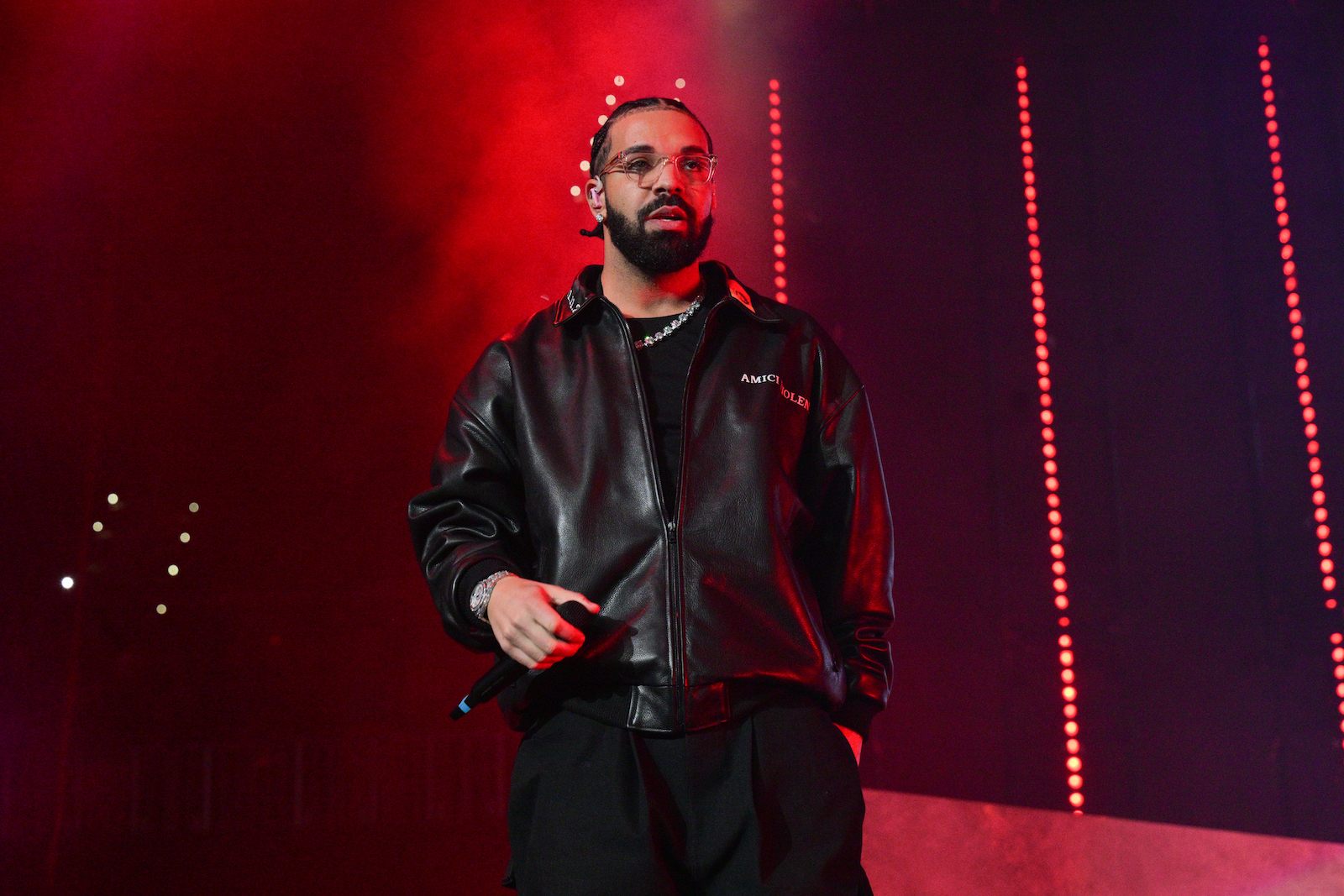 Hit-making rapper Drake took the stage at New York City’s famed Apollo Theater in January 2023 for two long-awaited concerts following the release of Her Loss, his collaborative album with 21 Savage released in November 2022. Drake performed two shows at the iconic venue, and in the middle of his second night at the Apollo, a fan fell from the second floor of the venue, leading Drake to stop the show.

Drake performed at the Apollo Theater in January 2023

In the fall of 2022, Drake announced he was performing a special one-night-only show at the Apollo Theater in New York City. Fans had the opportunity to win tickets using a special QR code while listening to Sound 42 — the radio station of his record label, October’s Very Own — on the SiriusXM app.

The death of Migos rapper Takeoff in November 2022 led Drake to reschedule the show so as to not conflict with the rapper’s funeral. Drake announced two nights at the Apollo in December, but ended up pushing the shows again to January 21 and 22, 2023.

“If you are going to play the world famous Apollo Theater, it has to be a world class production. We as a team have been working around the clock not just putting together a concert but an experience our fans deserve,” Drake, SiriusXM, and Sound 42 said in a joint statement about the postponement, according to Variety. “With that said, we are up against some production delays that are just out of our control. … The Apollo has been so incredibly gracious throughout this process and we look forward to bringing a legendary show to this legendary stage.”

Drake brought out special guests during his Apollo shows including 21 Savage, who helped perform the duo’s Her Loss songs. After 21 came out on stage at the second show, Drake abruptly stopped anything else from happening.

Before Drake and 21 launched into their performance, a fan watching from the second floor of the venue fell over the guard rail and into the orchestra pit on the first floor. A crew member rushed on stage and spoke with the rappers, who then left the stage. “Just have to make sure somebody’s OK,” Drake told the confused crowd.

During his Apollo shows, Drake also seemingly announced that he and 21 Savage will be going on tour later this year. “We’re gonna be out on the road this summer,” he said between songs, according to Variety.

The former Degrassi star went on to thank his supporters for their constant support, and teased that he may reward them with another new album.

“I appreciate all of those people that stick by me. I know it’s like a cool thing … to be …read more

A Man Called Otto stars Tom Hanks and Truman Hanks | Jeff Spicer/Getty Images When Tom Hanks is one of the greatest actors of his generation. When he retires, he will leave a lasting legacy of some of the most successful movies, including Forrest Gump, Apollo 13, and the Toy Story franchise. But the Hanks […]

Why does Livermore cat dip her paw into the water bowl

DEAR JOAN: Lately Missy, a 5-year-old rescue cat, places a paw in her drinking water, removing it and licking it dry. I have looked closely, but am seeing no problem. She is an indoor-outdoor girl, a true hunter-adventure seeker. This is a new behavior, otherwise she’s strong, healthy looking, bright, well-behaved and an excellent companion. […]