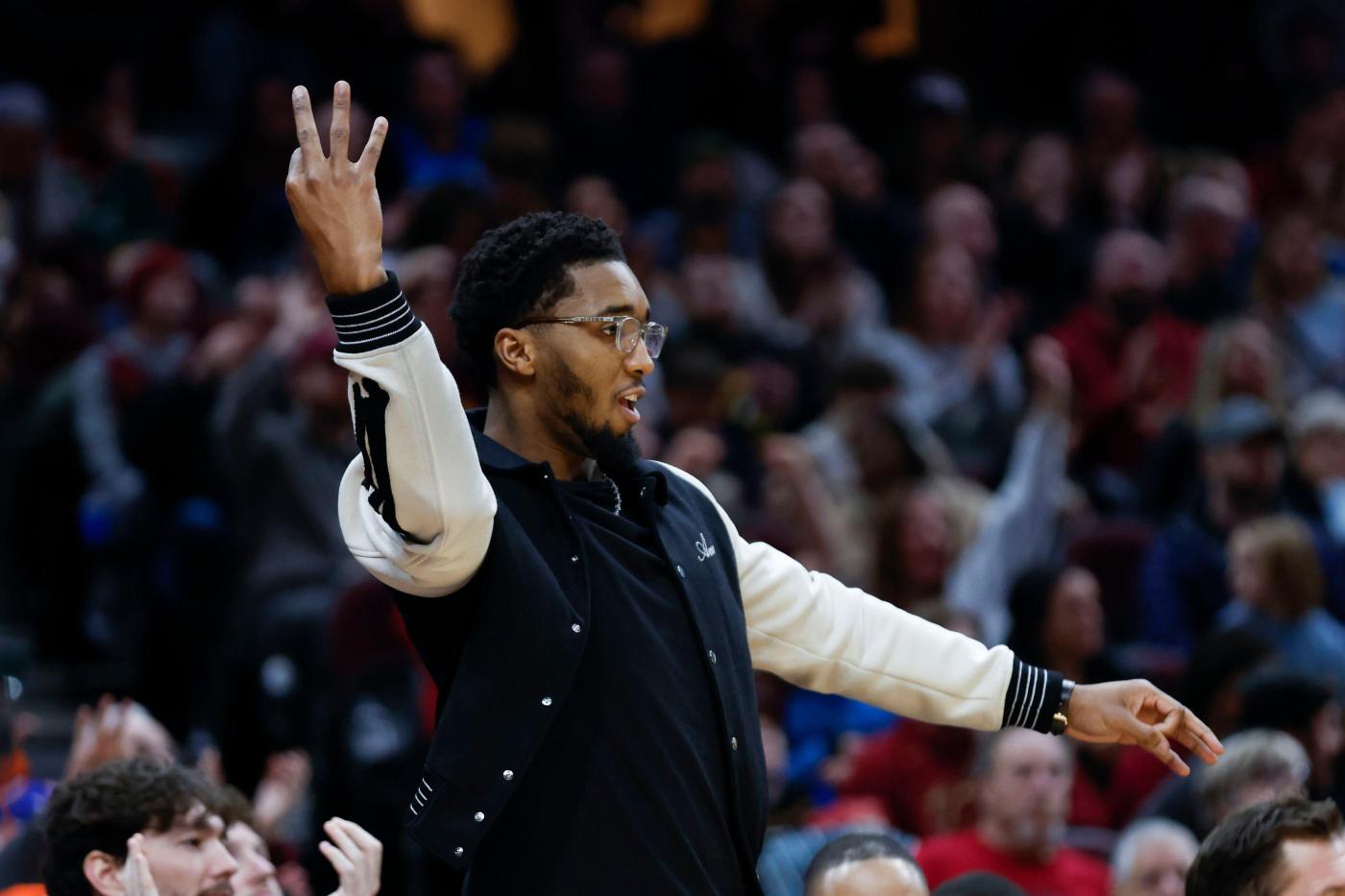 Donovan Mitchell slipped on a Mets cap as he readied for his interview Tuesday morning, and the color scheme wasn’t lost on teammate Cedi Osman.

“Should I take it off?” he asked Osman.

Mitchell, sitting on the home bench at MSG, removed the hat and covered his hair with a black hoodie. Another reminder that Mitchell isn’t a Knick.

It’s tougher to get over in New York. Sure, the Knicks were two games over .500 heading into Tuesday’s matchup against Mitchell, but their ceiling remains low enough to question why Leon Rose allowed an All-NBA talent to slip through his fingers.

Did Rose know he can find a trade target more worthy of all his future draft picks? Did the ‘nickel and dime’ haggling from Knicks executive Brock Aller, a negotiator during the process, simply turn off the Jazz? Was Mitchell viewed as a poor fit next to Jalen Brunson?

On the final question, there were natural concerns about two undersized guards with defensive issues sharing a backcourt. Mitchell, who was certain he was Knicks-bound before the stunning trade to Cleveland, acknowledged that he contemplated his fit next to Brunson and Julius Randle.

It’s safe to say, given his glowing remarks about Brunson on Tuesday, that Mitchell thought he could make it work. Tom Thibodeau, a source said, had no reservations about the pairing.

“We’ve got a lot of good things going here. You guys here got a lot of good things going on,” Mitchell said. “Jalen’s playing out of his mind. And as a friend of Jalen who has known him for a long time, I was glad to see him hooping and doing his thing. People had questions about him coming here. Even last year when we played him in the playoffs, I knew, he knew, we all knew he was that type of player.”

Mitchell, as well documented, desired a homecoming in New York. He grew up near the Knicks practice facility. He dunked his first ball at a Harlem court because the blacktop was slightly slanted. He grew up idolizing Carmelo Anthony and developed a bond with the former Knicks star while working out together in the offseason.

Mitchell’s father, an executive for the Mets, once told me that there’s a signed Frank Ntilikina jersey hanging in the family house. The implication was that it serves as a motivating reminder of who the Knicks drafted instead in 2017.

But playing at home isn’t so easy. Distractions are everywhere. Just ask Stephon Marbury. Mitchell learned that even as a visitor. In his first matchup at MSG this season, Mitchell made all the rounds with family and friends. He embraced the return. Then he struggled and the Cavaliers were pummeled by the Knicks on Dec. 4, 92-81.

Mitchell switched his strategy for this trip.

“I haven’t seen anybody. Not even my mom,” said Mitchell, who missed three straight games heading into Tuesday with a groin injury …read more

By Isabel Debre | Associated Press JERUSALEM — Israel’s national rescue service Mada says a gunman killed five people and wounded three others in a shooting near a synagogue Friday night in east Jerusalem in one of the deadliest attacks on Israelis in years. The gunman was shot and reportedly killed. The killings took place […]

‘Bridgerton’ Season 3: Penelope’s Glow up Is About More Than a Makeover

Bessie Carter as Prudence Featherington, Polly Walker as Lady Portia Featherington, Nicola Coughlan as Penelope Featherington in ‘Bridgerton’ | Liam Daniel/Netflix The Featheringtons are known for weary gaudy outfits It’s no secret that the Bridgerton Season 3 is based on Julia Quinn’s novel Romancing Mr. Bridgerton. Fans who have read the book know that Penelope […]