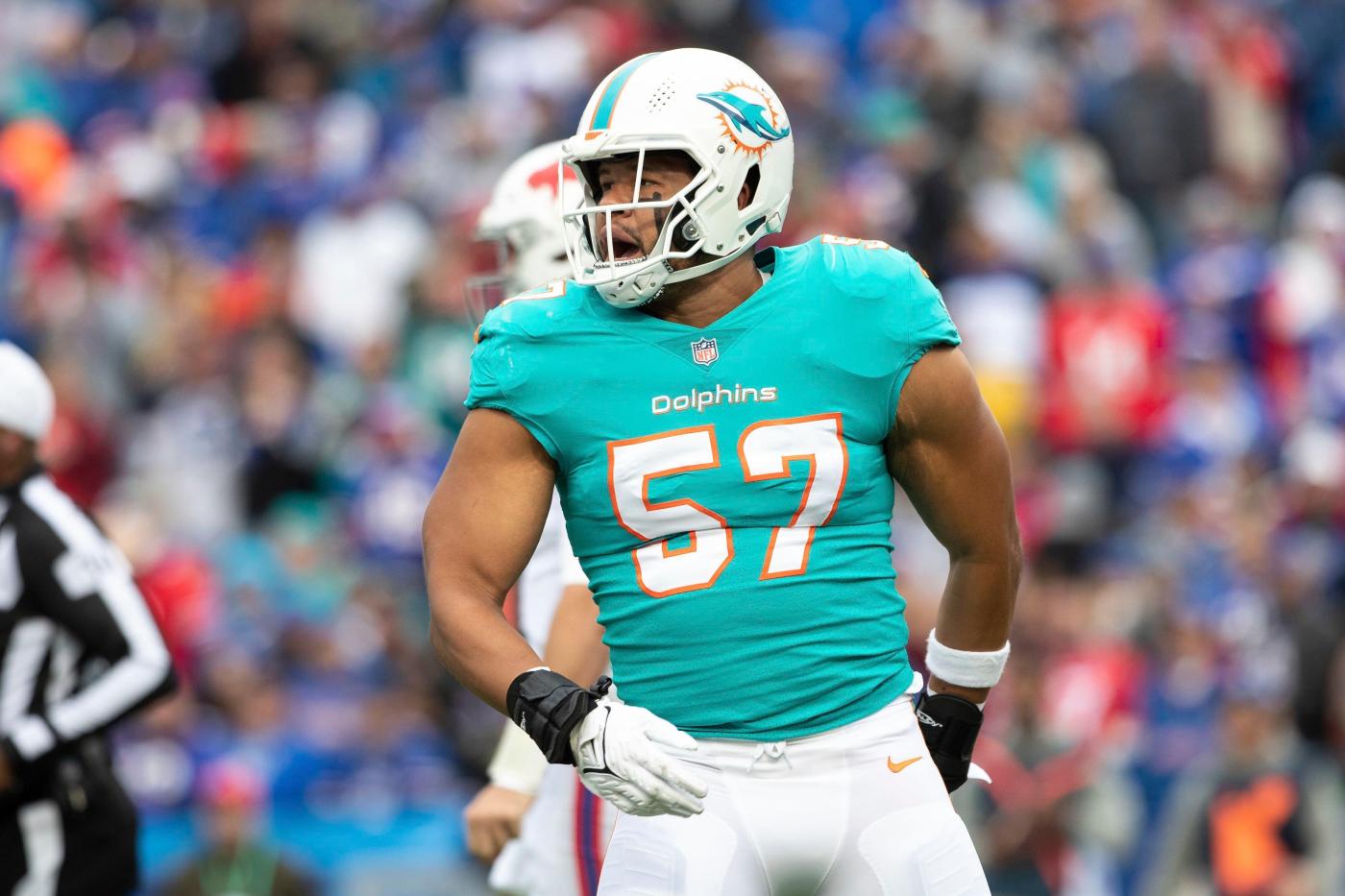 After both outside linebacker Brennan Scarlett and cornerback Jamal Perry left the Miami Dolphins’ 24-17 win over the New York Jets on Sunday with knee injuries, the two were placed on injured reserve on Tuesday.

The severity of their injuries was not known as of Tuesday afternoon, but on injured reserve, that will put them out at least three weeks.

Dolphins coach Brian Flores said the team was still running tests on the two players when he last spoke with reporters on Monday afternoon. He next speaks to the media on Wednesday morning.

One of the roster spots vacated by the two injuries will be taken by veteran safety Will Parks, as the Dolphins announced on Tuesday they are signing Parks off of the San Francisco 49ers’ practice squad.

Parks has played in 72 NFL games with 18 starts between time with the Denver Broncos (2016-20) and Philadelphia Eagles (2020). He has totaled 163 career tackles (117 solo), two sacks, four interceptions, 13 passes defensed, two forced fumbles and one fumble recovery. He originally entered the NFL as a sixth-round pick, No. 219 overall, by Denver in the 2016 draft.

Scarlett had made 15 tackles and deflected one pass for the Dolphins in 11 games, four of them starts.

Just last week, the Dolphins had signed Perry to the active roster from the practice squad after already elevating him twice earlier in the season. He has played in 31 games with seven starts for the Dolphins over the past three seasons and totaled 72 tackles, one interception and two passes defensed. He has made two special teams tackles in 2021.

Flores also sounded optimistic on Monday that the team could have others on injured reserve — between wide receivers DeVante Parker and Will Fuller, center Michael Deiter and running back Malcolm Brown — get activated this week.

Sandra Bullock and Keanu Reeves never dated and, although they’ve both confessed they had crushes on one another, Bullock said she’s glad they didn’t act on their romantic feelings. According to Bullock, she’s become “more in awe” of Reeves over the years and isn’t sure she’d feel the same way if they had dated and […]

Betty White | Amanda Edwards/WireImage White and Ludden met in 1961 while she was a guest on his Betty White was married to her husband, Allen Ludden, for almost two decades. White says her relationship with Ludden was the best one she had in her life. From the moment they met, it was clear there […]

The Selling Sunset franchise is growing. Selling Tampa will show Sharelle Rosado running her business. But she’s also in a relationship with Chad Johnson, and this is how they met. Sharelle Rosado and Chad Johnson are engaged I manifested the life I’ve always dreamed of & that’s becoming a stay at home dad https://t.co/xGZKJvZduY — […]