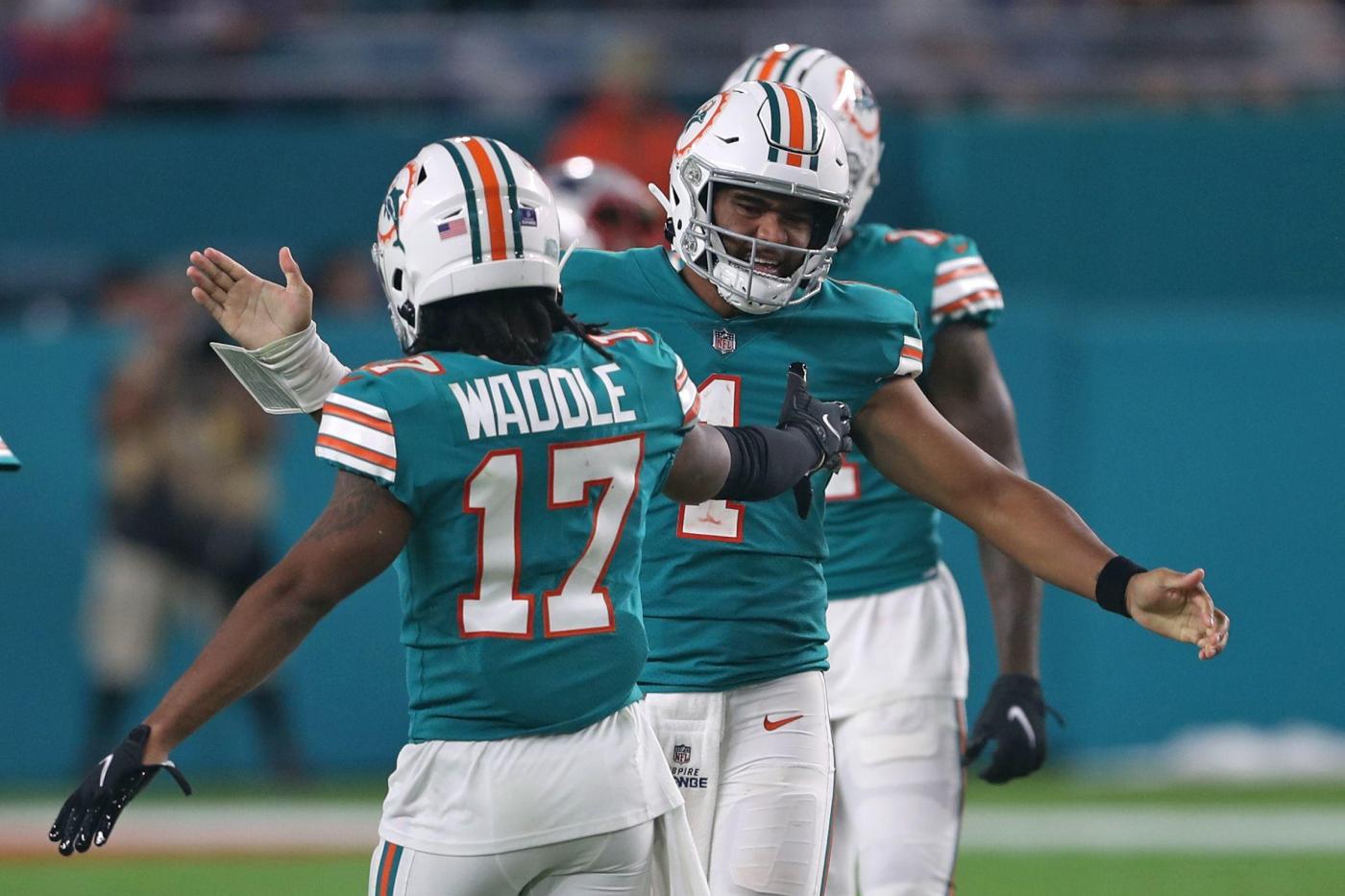 The Miami Dolphins are getting their first Sunday Night Football Game since 2017 as one of two prime-time games on the 2022 schedule, plus Green Bay Packers quarterback Aaron Rodgers to visit for Christmas for another nationally televised game, as their regular-season slate was announced on Thursday night.

Ex-coach Brian Flores’ return to Miami as a defensive assistant with the Pittsburgh Steelers on Oct. 23 will be the nightcap of Week 7′s NFL action. Three weeks prior, the Dolphins’ trip to Cincinnati will be Week 4′s Thursday night affair on Sept. 29.

While there was speculation the Dolphins’ road game with the Detroit Lions could be a Thanksgiving game, they avoided that, but Miami will host the Packers on Christmas Day, when Rodgers plays in Miami for the first time in eight years.

The Dolphins will kick off the regular season against the New England Patriots on Sept. 11 at Hard Rock Stadium, and they also finish the season at home within the division, hosting the Jets.

Miami will not leave the country in 2022 after getting an international series game in London against the Jaguars last season, but the Dolphins, with two trips to the West Coast and several more up north, are slated to travel the fourth-most miles in the league. They could stay out west for the back-to-back December games at the San Francisco 49ers, which pits new coach Mike McDaniel against his former team, and the Los Angeles Chargers.

After getting annual trips to New England and Buffalo out of the way by Halloween last season, those two potentially frigid road games will take place in the final four weeks.

The Dolphins’ three preseason games were also announced, and Miami will not leave the state of Florida with the only road game at the Tampa Bay Buccaneers and home games to follow against the Las Vegas Raiders and Philadelphia Eagles.

Here’s a breakdown of the Dolphins’ 2022 regular-season schedule:

Last season, the Dolphins opened at the Patriots and had their finale at home against New England, sweeping both matchups. They open again with the Patriots for a third consecutive year, but this time at Hard Rock Stadium. Tua Tagovailoa is 2-0 against his former backup quarterback at Alabama in Mac Jones and 3-0 overall against coach Bill Belichick and the Patriots in his career after also winning a rookie-year matchup in 2020. This matchup no longer has the added intrigue of Brian Flores going against the team he spent a decade and a half with under Belichick, but now longtime Dolphins receiver DeVante Parker is in New England.

The Dolphins, who have never won at M&T Bank Stadium, visit Baltimore to begin the road slate after hosting the Ravens last season for one of the more surprising wins of the 2021 season. Miami had a 22-10 Thursday night win at Hard Rock Stadium as a double-digit underdog. Extra local interest always comes from this matchup with …read more

The Ravens signed linebacker Vince Biegel to a one-year deal Monday, adding a versatile veteran to a position with limited depth. Terms of the deal were not disclosed. Injuries have limited Biegel, 28, to just five games over the past two seasons, but he’s played both inside linebacker and outside linebacker and contributed regularly on […]