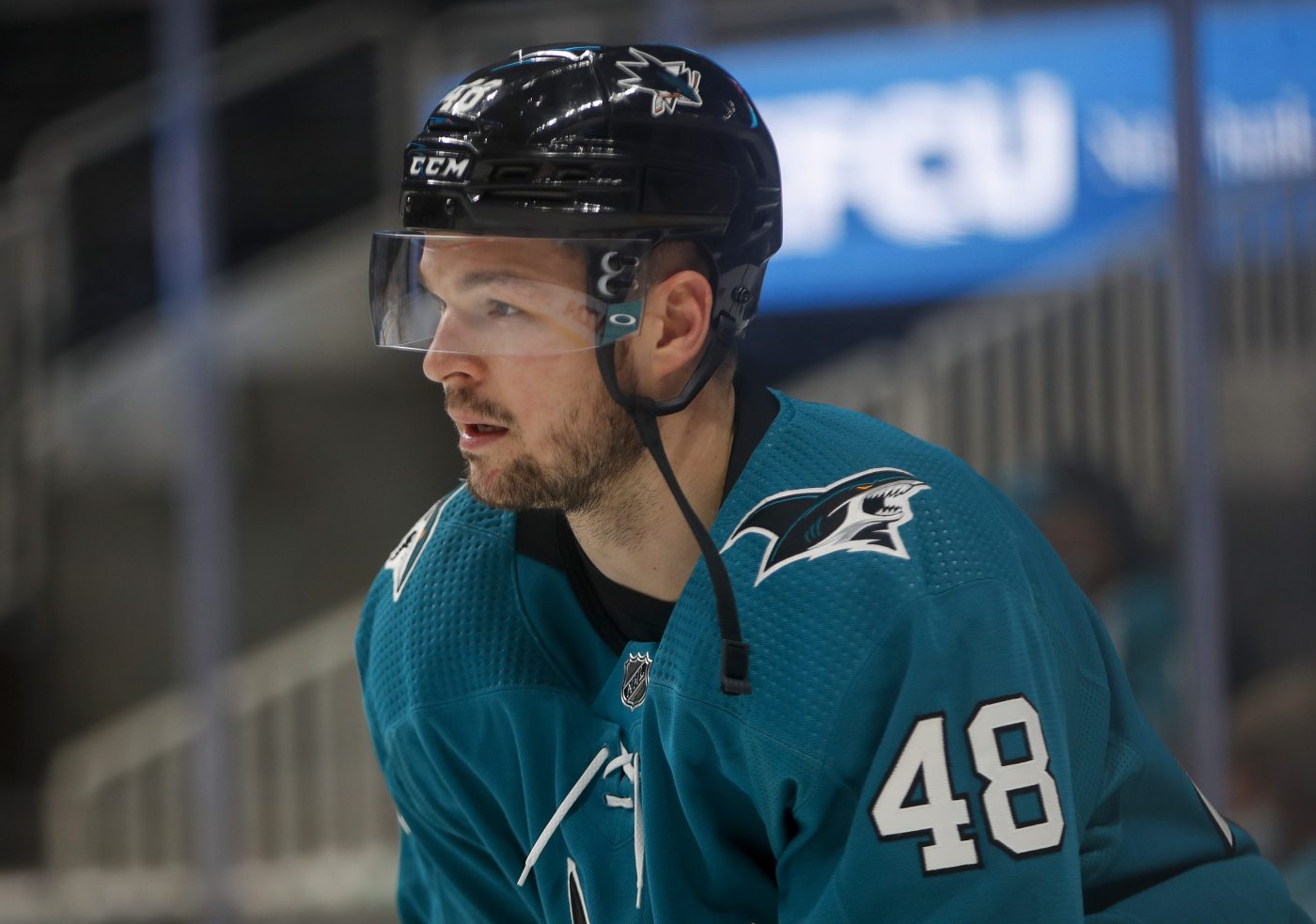 Just hours after Evander Kane was placed on unconditional waivers by the Sharks with the intent to terminate what was left of his seven-year, $49 million contract, Tomas Hertl zipped a wrist shot past Martin Jones for what was his 20th goal this season.

Perhaps it was kismet. As the Sharks were attempting to rid themselves of an expensive deal one week ago, Hertl showed just how valuable he still is to the organization.

Now the question is whether the Sharks will take the money they will potentially save on Kane’s contract and use it toward an offer on an extension for Hertl.

Pierre LeBrun of TSN and The Athletic reported Thursday that he expected the Sharks to circle back to Hertl’s camp in the next month to talk extension. If talks go nowhere, then attention would turn to the March 21 NHL trade deadline. Hertl’s contract contains a modified no-trade clause in which he would accept a trade to only one of three teams.

Barring something unforeseen, there is little question that Hertl’s next contract will be lucrative, or at least a raise above the four-year, $22.5 million extension he signed with the Sharks in July 2018. He’s a top-line centerman with size and skill that plays in all situations, and he now appears to be on his way to surpassing his career-high of 35 goals, set in 2018-19.

That tantalizing combination is why Hertl, a pending unrestricted free agent, is widely considered the top target going into the trade deadline.

Suddenly, though, the Sharks, it would appear, have one less expensive long-term contract on the books and a little more salary-cap space to play with to try and keep Hertl around past that point.

Kane’s deal carried an average annual value of $7 million at the NHL level and up until a couple of weeks ago, it appeared that any separation from San Jose was going to be a costly one for the Sharks.

The best-case scenario from the Sharks’ perspective might have been to trade Kane and retain half of his cap hit for the next three seasons, as an offseason buyout would have kept millions in dead money on the books for the next six years.

All of which might have hampered the Sharks’ ability to make a competitive contract offer to Hertl.

But the Sharks’ management team was given another Christmas gift.

Believing Kane breached his contract by not returning to the Sharks’ AHL affiliate until a week after he was supposed to, and violated AHL COVID-19 protocol by crossing the border from the U.S. into Canada on Dec. 29, the Sharks terminated what was left of the deal last weekend.

Kane and the NHL Players’ Association are disputing both of those conclusions and filed a grievance last Sunday that is expected to be heard by an impartial arbitrator on an expedited basis. Earlier this week, the NHL notified all 32 teams that it is looking into the process in which Kane crossed the border and landed in …read more

Change is in the air. “Black Monday” arrived in the NFL the day after the regular season ended with a flurry of major changes around the league. A week later, the Chicago Bears, Jacksonville Jaguars, Denver Broncos, Minnesota Vikings, New York Giants, Miami Dolphins and Houston Texans were searching for new head coaches, and the […]

Prince Harry Claims Meghan Markle and Their Kids Cannot Return to the U.K. Because of Insufficient Security

Omar Kelly: Dolphins’ commitment to Tua isn’t unanimous and it could hurt search for coach

History has had a nasty habit of repeating itself with the Miami Dolphins during the past decade, if not two. No matter how hard the franchise tries to steer a different course, it keeps traveling down the same path, making similar mistakes, and the people who record that history need to take some ownership for […]