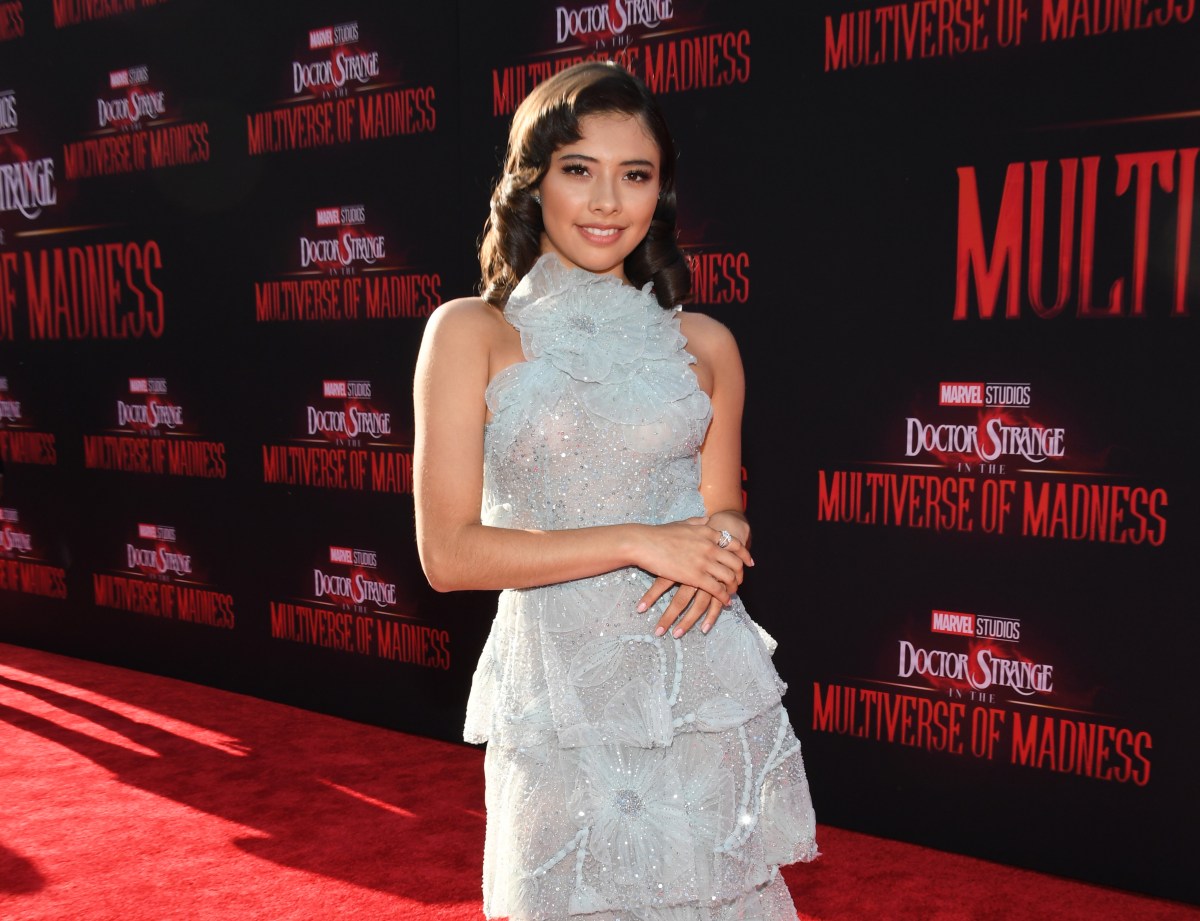 Xochitl Gomez is a rising star in Hollywood. Gomez recently made her Marvel Cinematic Universe debut as America Chavez in Doctor Strange in the Multiverse of Madness. In the Doctor Strange sequel, Gomez had the opportunity to work with acting veteran Patrick Stewart and he offered her some sage advice.

Gomez had a prominent role in Doctor Strange 2 as America Chavez, a unique teenage girl who has the ability to travel through the multiverse. She is the only girl in any universe to have this power which makes her a target for Scarlet Witch (Elizabeth Olsen) who wants to use her power to travel to a universe where she can be with her kids.

In an interview with Insider to promote the home release of Doctor Strange in the Multiverse of Madness, Gomez talked about the experience of making the movie. While Doctor Strange and Scarlet Witch were the only characters who interacted with the Illuminati, Gomez says she still met them and received words of wisdom from Patrick Stewart.

“I got to meet all of them. I got to meet John, I got to meet Hayley. I actually had a wonderful conversation with John, but also Sir Patrick Stewart,” Gomez said. “He gave me great advice. He just sat there and talked to me for a nice chunk of time and was like, ‘Make sure you pay it forward and be very welcoming to people,’ and that’s exactly what he was doing to me — just making me feel like I was welcome and it was just, it was surreal.”

Gomez seems to be taking those words to heart as she shared what many of her reactions with fans have been like.

“When people come up to me, it’s kind of crazy because I never thought I had that much of an impact until there’s girls who are literally shaking to meet me and they’re hugging me,” Gomez continued. “Some of them don’t even want a photo. They just want to hug me and I think that’s so sweet.”

When will America Chavez return?

#DoctorStrangeInTheMultiverseOfMadness star Xochitl Gomez explains where she thinks America Chavez is headed in the MCU: “I think one thing she definitely needs to learn is she needs to learn to work with others,” Gomez said.https://t.co/uD5mWm49Mq pic.twitter.com/s0NOVWeF64

Just like Patrick Stewart with Charles Xavier, Gomez could be playing America Chavez for a while after Doctor Strange …read more

‘The Suite Life of Zack & Cody’: You Can Stay in the Real-Life Tipton Hotel — For a Price

The third attempt could be the charm for repairing California’s main waterworks, the Sacramento-San Joaquin River Delta. On paper at least, the latest plan by a governor to upgrade the Delta into a more reliable state water supply seems to make much more sense than what his predecessors promoted. Gov. Gavin Newsom’s single-tunnel proposal is smaller and […]