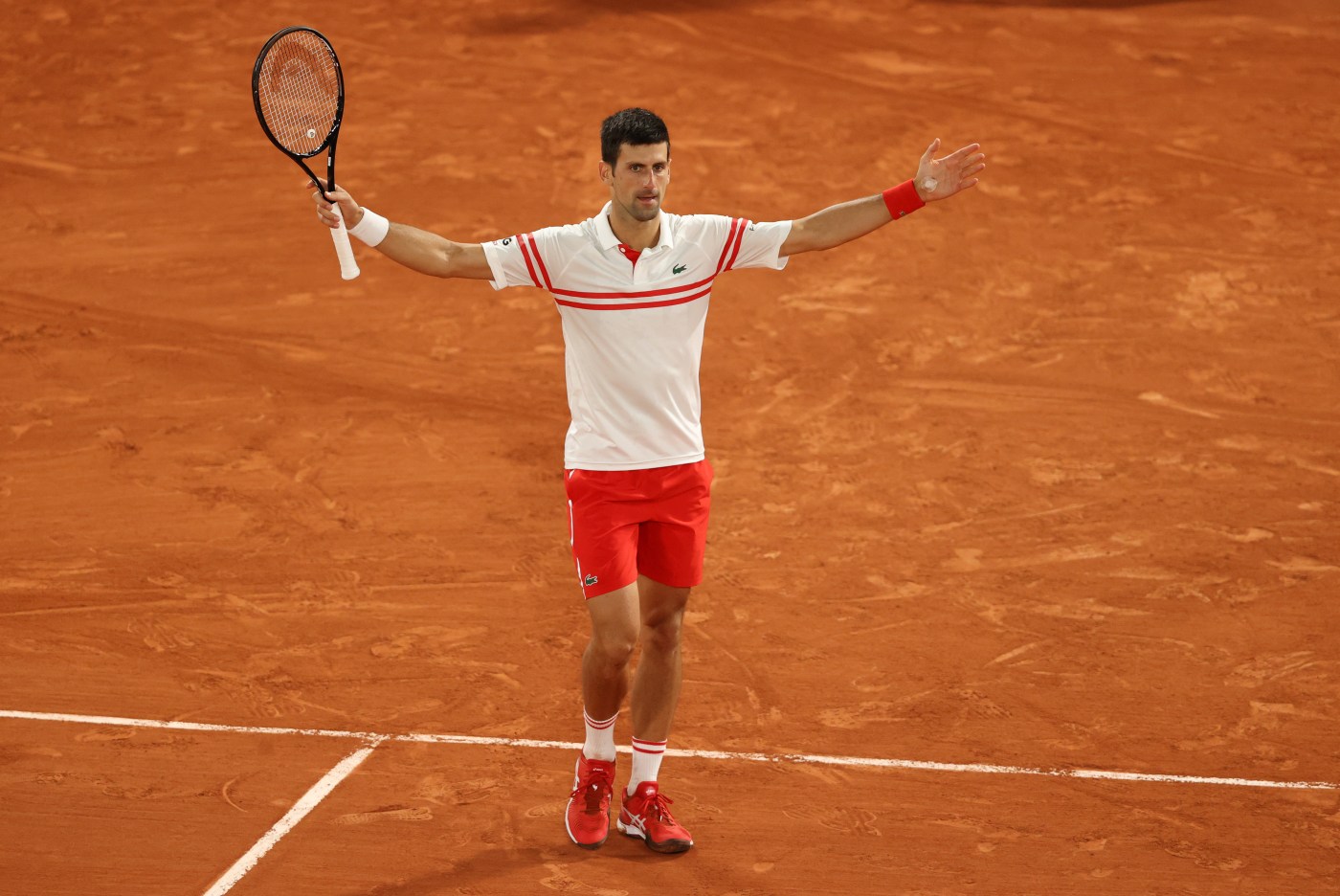 Djokovic, as it happens, is one of only two men in tennis history who knows what it takes to beat Nadal at Roland Garros. And now Djokovic has done it twice — this time ending Nadal’s bid for a 14th championship there and record-breaking 21st Grand Slam title overall by coming back to win their 58th career matchup 3-6, 6-3, 7-6 (4), 6-2 on Friday night.

“Just one of these nights and matches that you will remember forever,” said the top-seeded Djokovic, who trailed 2-0 in the closing set before reeling off the last half-dozen games to reach his sixth final at the clay-court major tournament.

“Definitely the best match that I was part of ever in Roland Garros, for me, and (one of the) top-three matches that I ever played in my entire career — considering quality of tennis, playing my biggest rival on the court where he has had so much success and has been the dominant force in the last 15-plus years,” Djokovic said, “and the atmosphere, which was completely electric.”

It was Nadal’s third loss in 108 matches at a tournament he won each of the last four years, including by beating Djokovic in the 2020 final.

Nadal’s first defeat at the French Open came against Robin Soderling in 2009; the next against Djokovic in 2015.

“Each time you step on the court with him,” Djokovic said, “you know that you have to kind of climb Mt. Everest to win against this guy here.”

And to think: There wasn’t even a trophy at stake in this one. That will happen Sunday, when Djokovic, a 34-year-old from Serbia, faces Stefanos Tsitsipas, a 22-year-old from Greece.

The fifth-seeded Tsitsipas edged sixth-seeded Alexander Zverev 6-3, 6-3, 4-6, 4-6, 6-3 earlier Friday to reach his first Grand Slam final. It’s Djokovic’s 29th as he seeks a second title at the French Open and 19th major championship overall to pull within one of the men’s Slam mark shared by Nadal and Roger Federer.

Tsitsipas already had given away all of a two-set lead in his semifinal Friday when he double-faulted to trail love-40 in the opening game of the fifth. But Tsitsipas steeled himself to win five consecutive points, then broke to go up 3-1.

“I’m someone who fights. I was not willing to give up yet. I think I did few things right that worked in my favor,” said Tsitsipas, who entered the day 0-3 in major semifinals.

“It was a breath of fresh air, that first game,” he said. “I felt revitalized.”

His semifinal offered a measure of drama. But in truth, Tsitsipas-Zverev was merely an opening act before the headliners.

Nadal and Djokovic really riled up the raucous crowd at Court Philippe Chatrier.

Midway through the third set, Djokovic won a 23-stroke point with a forehand winner and windmilled his arms a half-dozen times, earning a standing ovation …read more

Man who faked his death at treacherous Carmel beach gets prison

A man who enlisted his teenage son in an apparent plot to fake his own death at a treacherous Carmel beach was sentenced to 15 years in jail. Kim Vincent Avis, July 2019. (U.S. Marshals Service)  The sentencing on Friday in a Scottish court wrapped up a long-running case that spanned two continents. Kim Avis, […]

DEAR JOAN:  A mourning dove couple made a nest under the edge of the awning above our deck in the backyard last month. We were excited when one chick hatched and seemed to be doing well. We kept our awning open so that it protected the nest. One day the chick was gone, and the […]

Why do people stop so far back at lights? Roadshow

Q: I am seeing many drivers who stop at lights far short of the white line designed to guide them. I lowered my window one day and urged the woman in the car next to me to move up 10 feet so her car would activate the sensors in the pavement and trigger the light […]