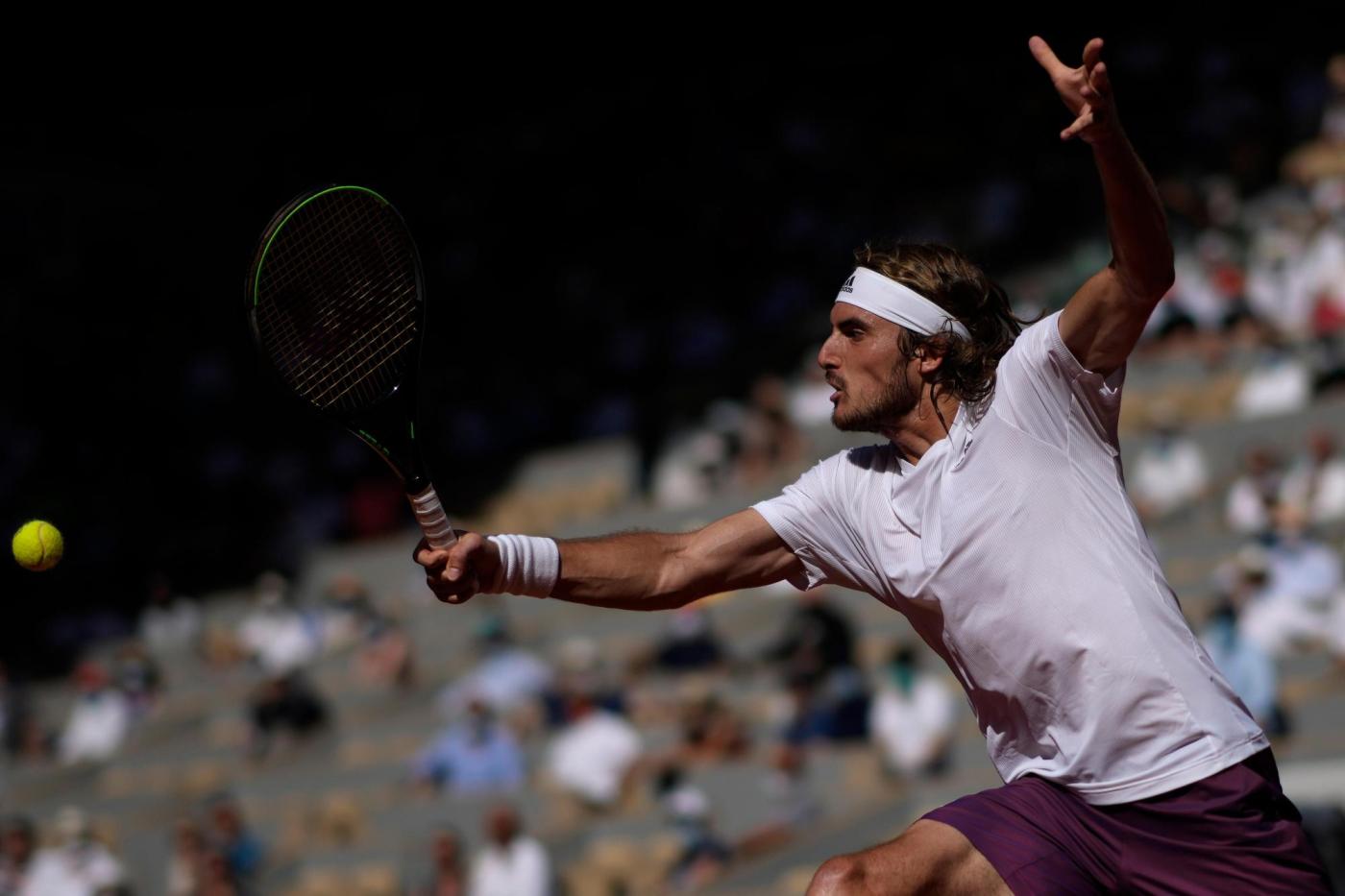 PARIS (AP) — Novak Djokovic stopped Rafael Nadal’s bid for a 14th French Open title and handed the King of Clay just his third loss in 108 matches at the tournament by coming back to win their thriller of a semifinal 3-6, 6-3, 7-6 (4), 6-2 on Friday night.

Terrific as the play was for most of the four hours, the match ended with a bit of a whimper: Djokovic grabbed the last six games.

So Djokovic will be seeking his second trophy at Roland Garros and a 19th major championship overall when he plays in Sunday’s final.

The top-seeded Djokovic’s opponent will be fifth-seeded Stefanos Tsitsipas.

It will be the 29th career Grand Slam final for Djokovic, and the first for Tsitsipas. Tsitsipas beat Alexander Zverev in the semifinals.

Nadal had won the past four titles in Paris, part of his collection of 20 Slams, tied with Roger Federer for the most by a man in tennis history.

The 35-year-old Spaniard is 105-3 for his career — and Djokovic is responsible for two of those defeats.

The masterpiece of a third set lasted 1 hour, 33 minutes alone, and an 11 p.m. nationwide curfew in place because of COVID-19 was approaching. Djokovic’s previous match had been delayed more than 20 minutes while the audience — limited to 5,000 people under coronavirus restrictions — was cleared out of the stadium, but an announcement was made Friday to let everyone know they would be allowed to stay until the end of the match.

Earlier chants in French of “We won’t leave! We won’t leave!” were replaced by choruses of the national anthem and cheers of thanks for President Emmanuel Macron.

Tsitsipas already had given away all of a two-set lead in his semifinal earlier Friday when he double-faulted to trail love-40 in the opening game of the fifth. But Tsitsipas steeled himself to win five consecutive points, including one with a cross-court forehand passing shot he celebrated by shaking his racket as the crowd chanted his last name.

That hold pushed the No. 5-seeded Tsitsipas back in the right direction.

“I’m someone who fights. I was not willing to give up yet. I think I did few things right that worked in my favor,” said Tsitsipas, who entered the day 0-3 in major semifinals.

“It was a breath of fresh air, that first game,” he said. “I felt revitalized.”

Tsitsipas broke to go up 3-1 in the fifth with plenty of help from Zverev, who double-faulted and flubbed a trio of groundstrokes. Eventually, Tsitsipas served out the biggest win of his career, ending it after more than 3 1/2 hours on his fifth match point.

“It was a match full of emotions, full of so many different phases that I went through,” Tsitsipas said. “So at the end, it was just such a big relief I was able to close it in such a good way. It was just exhausting.”

They said it: Life after lockdown

“There’s no going back to normal. Everything is abnormally moving forward.” — Jim Coughlin, who closed the Downtown Yoga studio he and his wife owned for 18 years in Pleasanton and moved to Grass Valley after losing most of their clients while restricted to Zoom-only classes, on the state lifting pandemic restrictions last week.   […]

Dear Abby: My neighbor’s complaining ruins my time in the yard

DEAR ABBY: I am a 40-something single mother of two teens. A 24-year-old neighbor with a young daughter moved in next door a couple years ago after her divorce. Jeanne Phillips  She recently joined the workforce, and being a single working mother for the last year and a half has been a difficult adjustment for […]