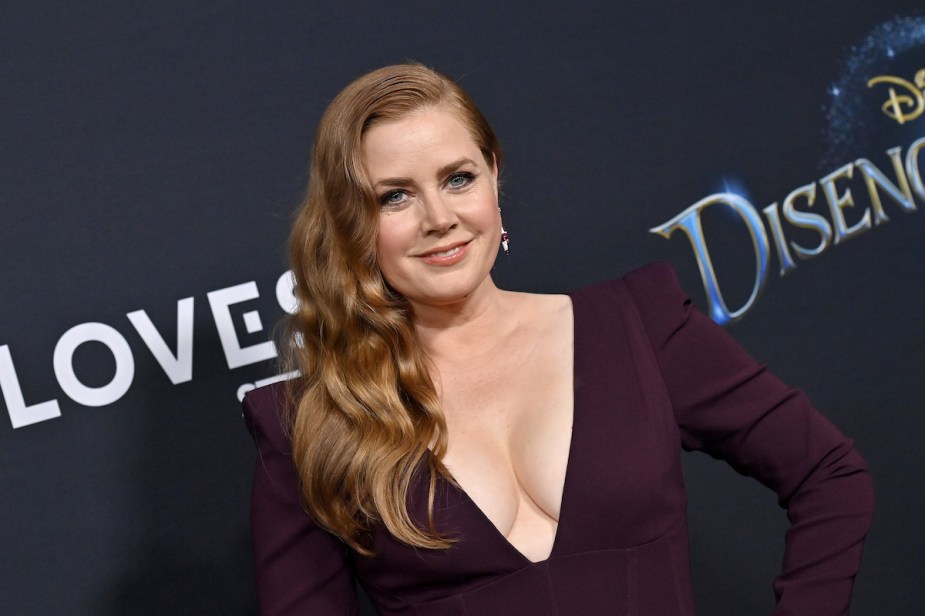 When Enchanted premiered in 2007, it brought audiences a refreshing and modern take on Disney’s princess fare. Combining 2D animation and live-action, the film follows the story of a fairy tale princess who winds up in the middle of New York City.

Amy Adams returns as the fairy tale princess Giselle in the long-awaited Enchanted sequel, Disenchanted. But this time around, she is playing the character with her daughter, Aviana, in mind.

Adams revealed that the Disney+ film is a “love letter” to the 12-year-old. Recently, she described how being a mom inspired her to make the sequel.

The ‘Enchanted’ sequel is coming to Disney+

When Enchanted premiered in 2007, it brought audiences a refreshing and modern take on Disney’s princess fare. Combining 2D animation and live-action, the film follows the story of a fairy tale princess who winds up in the middle of New York City.

The movie ends with Giselle staying in the real world to be with Robert and his young daughter. Nancy and Edward fall for each other and move back to the animated fairy tale world.

Discover a fairy tale with a wicked twist. ?

this tweet for enchanting updates for Disney’s #Disenchanted, an all-new Original movie streaming November 18 only on @DisneyPlus. pic.twitter.com/T1Rl3SQ7P2

Disenchanted picks up with the characters over a decade later. It finds Giselle in a new life as a suburban mom.

“Disenchanted features the much-anticipated return of Giselle, the princess from the fairy tale world of Andalasia banished to Manhattan who found her real Prince Charming in divorce lawyer Robert Philip,” the official synopsis reads.

It continues, “15 years later, Giselle moves to the suburb of Monroeville with Robert and their teenage daughter Morgan, where she must juggle the challenges that come with a new home and discover what happily ever after truly means to her and her new family.”

Amy Adams says ‘Disenchanted’ is a ‘love letter’ to her daughter

Adams and her husband, Darren Le Gallo, welcomed their daughter Aviana in 2008 — a year after Enchanted was released. The actor starred in more serious projects in the following years, including The Fighter, American Hustle, and Sharp Objects.

With so many adult dramas under her belt, Adams wanted to make a film her daughter could enjoy. And as per Aviana’s request, she agreed to make Disenchanted.

Giselle realizes her wish has gone wrong in this brand new clip from Disenchanted.
#Disenchanted, an Original movie, is streaming this Friday on @DisneyPlus. pic.twitter.com/ke5PxIiwXF

“For me, it was also a bit of a love letter to my daughter,” Adams told Entertainment Weekly. “I’ve done a lot of movies she hasn’t been able to see. And she was very much like, ‘Why don’t you do a film like Enchanted again?’”

“And it is very much a love letter to my daughter,” she continued. “So I think being a mother sort of changed what story I would tell for Giselle — this …read more

Led Zeppelin guitarist Jimmy Page | Michael Putland/Getty Images 8. ‘Fool in the Rain’ Page once said his Jimmy Page sits on a short list of all-time guitar heroes. He wrote dozens of memorable riffs during his Led Zeppelin days (he seemed proud of one that took fans out of their comfort zone), but his […]

Column: Will Jed Hoyer finally put his stamp on the Chicago Cubs at the winter meetings?

The 2022 winter meetings convene next Sunday in San Diego, where eight years ago the Chicago Cubs signed Jon Lester in what is considered the most important free-agent signing in franchise history. Not to put any pressure on team President Jed Hoyer — who was then serving as general manager and best supporting actor to […]

SANTA CLARA COUNTY – The California Supreme Court on Wednesday denied Santa Clara County’s petition to reinstate more than $200,000 in contempt-of-court fines levied against a San Jose church for defying public health orders during the pandemic. As a result, a Sixth District Court of Appeal ruling issued over the summer will stand. That ruling […]