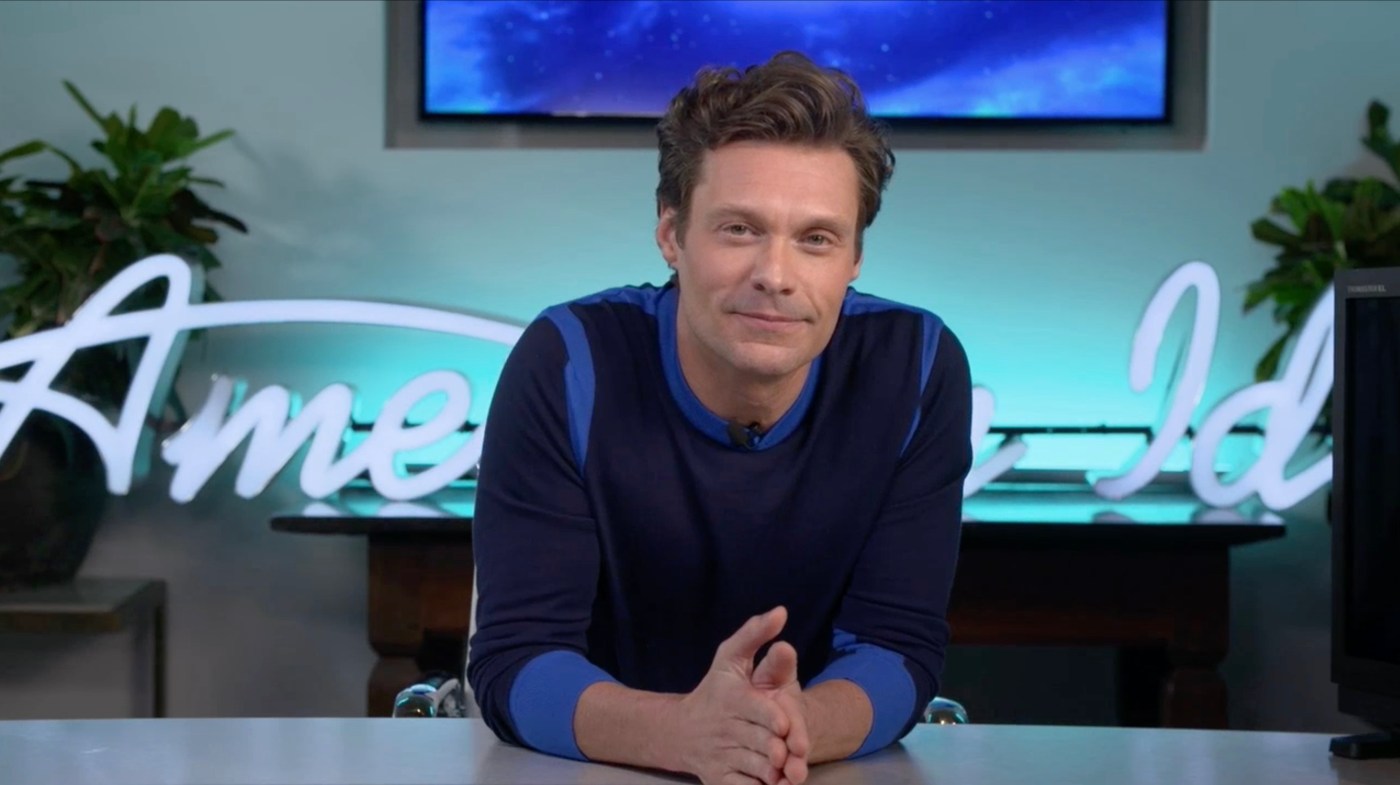 WATCH: Lionel Richie, ‘American Idol’ revive ‘We Are the World’

‘American Idol’: And the winner is …

‘American Idol’: Who deserves to come out on top?

While “American Idol” was busy crowning a new champion during its live remote season finale Sunday night, many of the show’s fans were more concerned with the condition of host Ryan Seacrest.

Toward the end of the show, Seacrest, 45, started displaying some troubling signs. Perhaps growing weary, he seemed to have difficulty reading off some of his prompts, even slurring a few words. What’s more, viewers noticed that his right eye suddenly appeared to be slightly swollen.

Twitter began erupting with comments from fans concerned that Seacrest was not well, or had suffered some kind of neurological episode.

“Did anyone notice Ryan Seacrest eye was almost closed near the end of Idol? His seemed off and he slurred his words a bit,” one fan asked.

Is @RyanSeacrest okay? Not making light of this. He went from normal to his speech being off and his eye shutting halfway. #ryanseacrest #AmericanIdol pic.twitter.com/9LCKTLjxpe

“Okay what is going on with Ryan Seacrest? Something seems so off,” another wondered.

And when Seacrest failed to appear on Monday’s edition of “Live with Kelly and Ryan,” the concern grew.

But a Seacrest rep told People.com that the worries are for naught.

“Ryan did not have any kind of stroke last night,” he said. “Like many people right now, Ryan is adjusting to the new normal and finding work-home balance, with the added stress of having to put on live shows from home.”

“Between ‘Live with Kelly and Ryan,’ ‘American Idol,’ ‘On Air with Ryan Seacrest,’ and the ‘Disney Family Singalong’ specials, he has been juggling three to four on-air jobs over the last few weeks and he’s in need of rest,” the rep added. “So today he took a well-deserved day off.”

Long known as one of the busiest stars in show business with an unparalleled work ethic, Seacrest himself shared with People earlier this month how challenging it has been to broadcast remotely amid the COVID-19 pandemic.

“We put the show together earlier in the week because there are so many factors to it,” he said of the complex part-live, part-taped hybrid format. “Every once in a while we have to be careful not to step on each other while we’re talking because there’s that delay that we’ve all experienced talking to our families at home on different Zooms and things like that.”

Indeed, even during the finale, Seacrest had to navigate seemingly awkward pauses and live-stream imperfections that comes with the uncharted territory.

Horoscopes May 30, 2020: Idina Menzel, think twice before you take a risk.

CELEBRITIES BORN ON THIS DAY: Jennifer Winget, 35; Rory Bushfield, 37; Idina Menzel, 49; Wynonna Judd, 56. Wynonna Judd (AP Photo/Matt Sayles) Happy Birthday: How you deal with sensitive situations will determine how well you do this year. Trust, honesty and being realistic about what is doable will matter. Adopting unfamiliar beliefs or popular pastimes […]

By Jon Huang De Anza College’s Student Art Show is online for the first time, thanks to the campus’s closure during the COVID-19 pandemic. The annual showcase is usually exhibited on campus at De Anza’s Euphrat Museum of Art. The virtual exhibition features over 60 student artists. It’s separated into a main gallery and an […]

Oakland R&B star Kehlani is finally back with her second full-length studio album. And it’s a hit right out of the gate. “It Was Good Until It Wasn’t,” which follows the 2017 debut “SweetSexySavage” (as well as the 2019 mixtape “While We Wait”), raced right to No. 1 on Billboard’s Top R&B Albums chart after […]