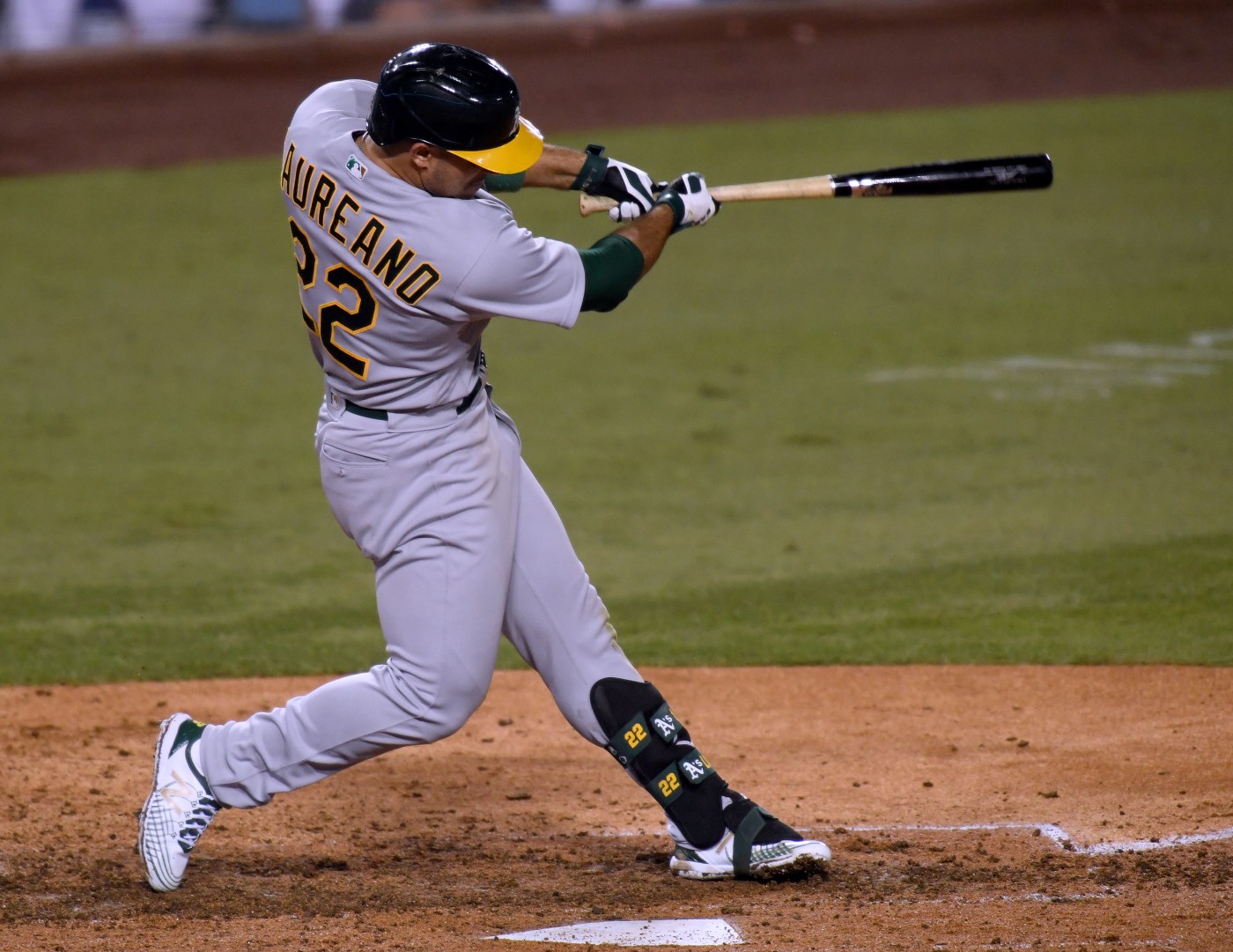 The Houston Astros know how much of a difference it can make when a batter knows what pitch is coming.

Moments after Astros starter Zack Greinke made the unusual decisions to hold up two fingers to catcher Martín Maldonado on Thursday, Laureano blasted an off-speed offering from Greinke deep into the left center field bleachers at Dodger Stadium.

Laureano’s three-run home run gave Oakland an early 3-0 lead in Game 4 of the ALDS, which is the fourth elimination game the A’s have played this postseason.

Greinke kinda told Laureano what he was gonna throw and also left it hanging pic.twitter.com/82X24lqqot

Laureano has been struggling at the plate this year and was just 3-for-22 in the postseason before Greinke held up two fingers, which is typically an indication a pitcher wants to mix up signs or in an extremely rare instance, throw an off-speed pitch. In this at-bat, Greinke fired his curveball and appeared to be looking for a target low and away, but the pitch hung over the plate and Laureano sent it 449 feet for a mammoth home run.

The right-hander has said in the past his hand signals aren’t tipping what pitch he’s throwing and instead telling a catcher what set of signs to use, but Laureano wasn’t fooled by the curveball he saw and may have been guessing the pitch was coming in the second inning of Game 4.

After losing Game 1 of the wild card round to the Chicago White Sox, the A’s advanced to face the Astros with back-to-back wins. Laureano and Oakland are looking to extend the series to Game 5 on Friday and the A’s center fielder picked a perfect time for his first postseason home run.

Regardless of whether or not Laureano was convinced he would see a breaking ball because of Greinke’s hand signals, it probably wouldn’t hurt the Astros to be a bit more discreet.

Pedestrian fatally hit while on walk in East Bay

ANTIOCH — A 68-year-old Antioch man died after being hit by a vehicle while walking on Wednesday night, police said. Authorities did not immediately identify the man, who died at a hospital after being rushed there in an ambulance. Officers found him unresponsive and with major injuries after responding to E. Tregallas Road near Garrow […]

HUNTINGTON BEACH, Calif. (AP) — There are more sharks in the water off the coast of Southern California than ever before, according to marine researchers. The Shark Lab at California State University, Long Beach, tagged 38 sharks, which is more than triple the number tagged tag last year, KCAL-TV reported Friday. “This was a big […]

From Redwood City’s first council district race to an array of tax proposals pitched as critical for sustaining local government services, San Mateo County residents will have more on their plate Nov. 3 than just deciding who should lead the country. Here’s a look at some of the notable county races and ballot measures that […]