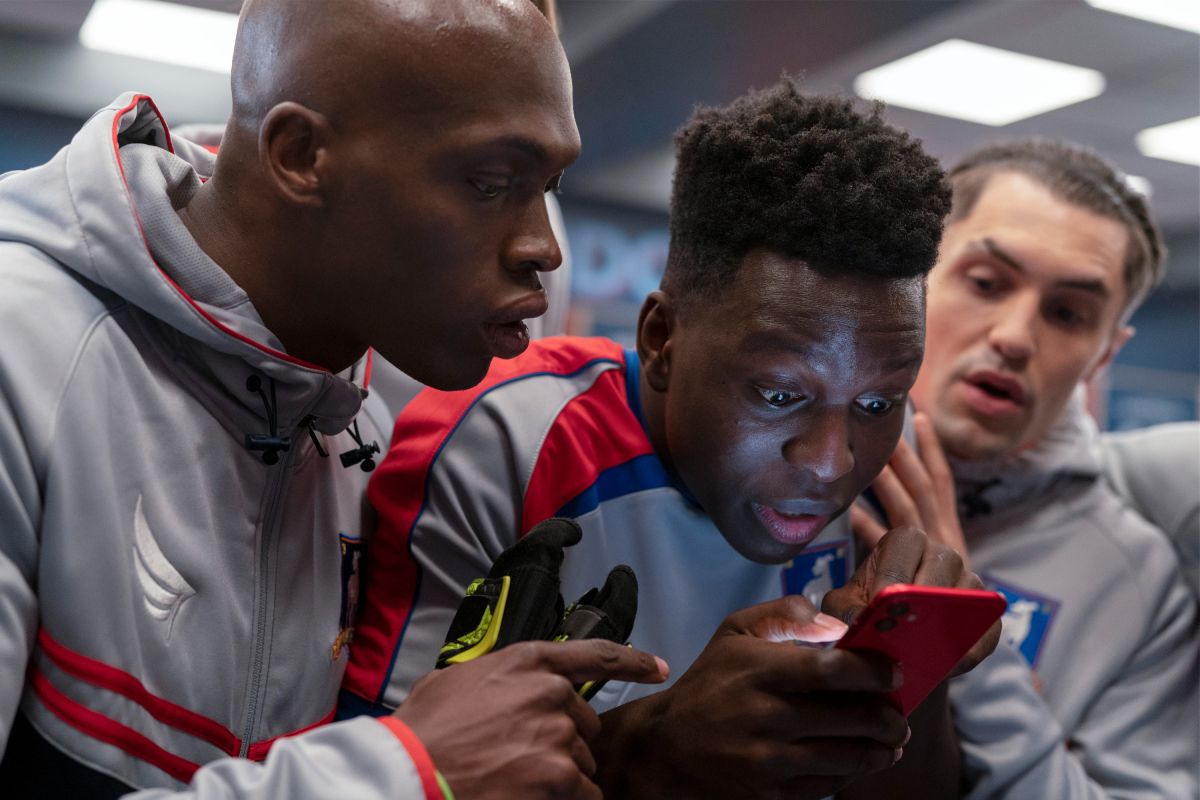 Fans can adore a show endlessly, but nothing cements the fact that a show is good like

Ted Lasso is the name on everyone’s lips. After just two seasons on Apple TV+, the show has become an instant classic. It’s not a typical sitcom. The main character, Ted, is kind and positive, which is a break from the typical, cynical sitcom lead. It could be one of the reasons why the show is so popular. Maybe after a global pandemic, the world needs a little more positivity and more biscuits in pink boxes. Even celebrities love Ted’s style. Ted Lasso has some unexpected celebrity fans. According to Mashable, Diane Sawyer is actually a Ted Lasso aficionado.

‘Ted Lasso’ cleaned up at the Emmys

Fans can adore a show endlessly, but nothing cements the fact that a show is good like a few Emmy awards. Now, Ted Lasso has just that. These prestigious television honors prove that the show is not only good to fans, but it is objectively better than other shows. And Ted Lasso won big. According to the Emmys, Ted Lasso has had 20 nominations and seven wins. All of them are for the 2021 Emmy awards.

After the Emmy showing, it’s safe to say that almost everyone is a Ted Lasso fan. That includes serious journalist Diane Sawyer. She’s so into the show that she tweeted for the first time in a year after Ted Lasso mentioned her name in an episode. In the scene, Ted is offered a drink by Rebecca. She asks, “What do you say to a cocktail, Coach Lasso?” to which Ted replies, “The same thing I’d say to Diane Sawyer if she ever asked me out on a date. Yes please.”

Sawyer tweeted the clip with the caption, “Dear @TedLasso – I’m in. Your move.”

Emmys are great, but the Diane Sawyer agreeing to a date is better. The official Ted Lasso twitter account had to respond, and obviously they name dropped another celebrity at the same time. The Ted account retweeted Sawyer’s tweet with the caption “Oh my…you’ve got me more on my heels than Lady Gaga at the Met Gala. Any chance you like biscuits?”

Oh my…you’ve got me more on my heels than Lady Gaga at the Met Gala. Any chance you like biscuits? https://t.co/TYbIGW3d8W

Sawyer isn’t the only celebrity to respond …read more

Malia White never worked on a yacht before Below Deck – and now she’s looking at earning her superyacht captain’s license. White revealed that she applied to be on a bunch of reality television shows after she graduated from college, Below Deck Mediterranean was on the list. So when producers called her to be on […]

LOS ANGELES — The division race was epic, the playoff matchup is historic and the next game between the two best teams in the majors is bound to be one for the ages. With a 7-2 loss to the Dodgers in Game 4 of the NLDS on Tuesday in Los Angles, the Giants brought the […]

Ask Amy: He was cut out of the will, and his greedy siblings won’t share

Dear Amy: My husband’s narcissistic father died by suicide three months ago. Amy Dickinson  After over 25 years of our adult life dealing with his childish, nasty, out-of-proportion reactions to our lifestyle and family values, we created boundaries for him within our family. It infuriated him that he could not control us with money in […]