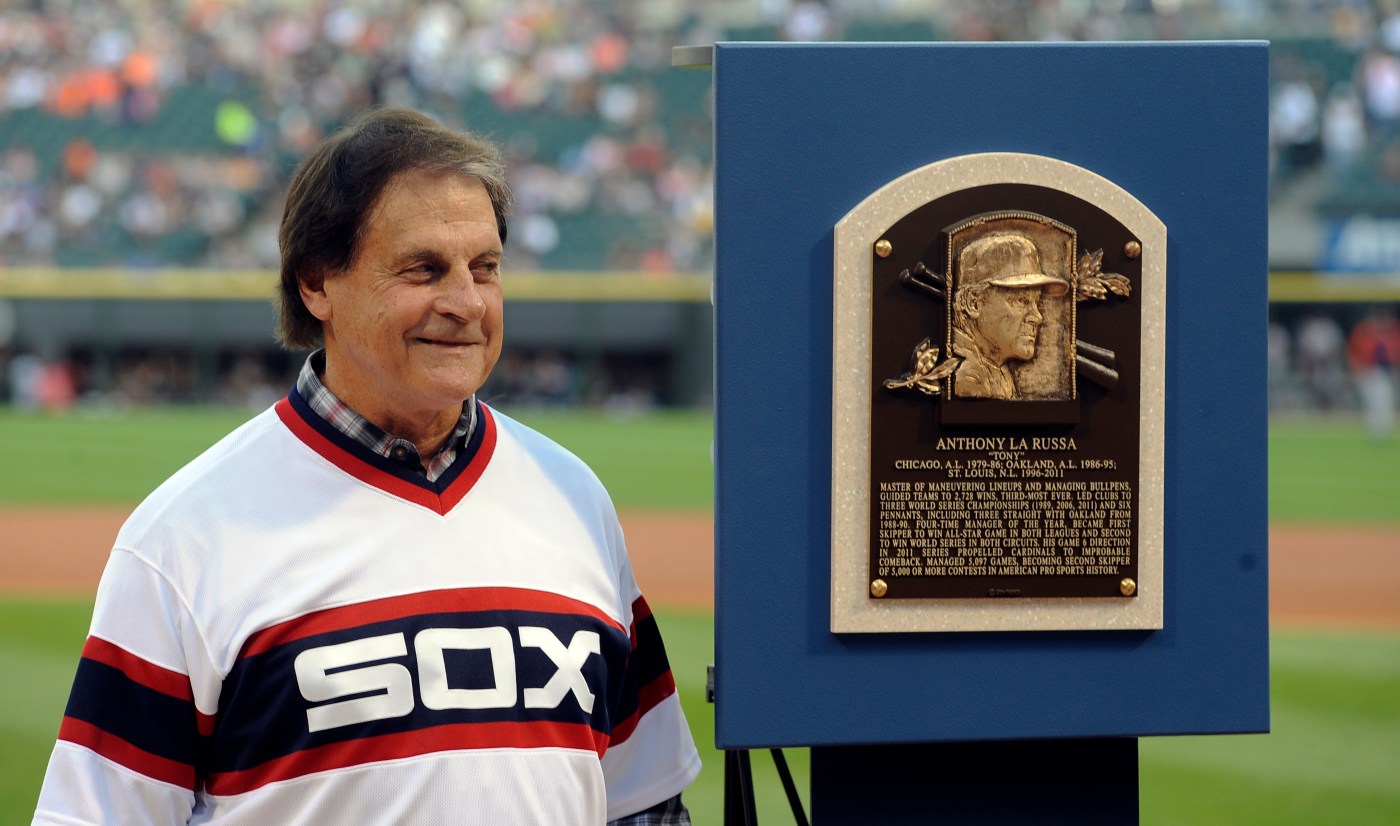 Chicago White Sox manager Tony La Russa blew out a tire on the grey Lexus he was driving in a collision with a curb that left the vehicle smoking when he was arrested on misdemeanor DUI charges in February, according to an affidavit filed by the Arizona Department of Public Safety.

La Russa was charged in late October by the Maricopa County Attorney’s Office after tests taken the night of his arrest showed his blood alcohol concentration was .095 — above the legal limit of .08. He has pleaded not guilty.

An officer found La Russa standing next to his SUV, asked him what happened and then requested identification. The officer said La Russa reached into his right back pocket, pulled out a large amount of cash and shuffled through his credit cards and California driver’s license multiple times, according to the affidavit.

The officer reported he could smell alcohol on La Russa, who had been at dinner with friends from the Los Angeles Angels, and took him into custody after a field sobriety test. The affidavit said La Russa initially refused to provide a sample of his blood, urine or other bodily substance because he didn’t trust the tests. Officers obtained two tubes of blood from him after a warrant was issued.

According to ESPN, which obtained a more detailed incident report, La Russa appeared incoherent at times and kept mentioning he is a Hall of Famer while expressing his mistrust of blood alcohol tests. It said a breath test taken at the scene showed a blood alcohol content of .090. And as he was placed into the back of a cruiser, La Russa flashed a ring and told an officer “I’m a Hall of Famer baseball person.”

White Sox spokesman Scott Reifert said Monday the team was aware of the arrest when the 76-year-old La Russa was hired late last month. The team had no further comment on Tuesday. La Russa’s attorney, Lawrence Kazan, did not return messages seeking comment.

The 76-year-old La Russa is the oldest manager in the major leagues by five years. Houston’s Dusty Baker is 71.

Only Hall of Famers Connie Mack (3,731) and John McGraw (2,763) have more victories. La Russa and Sparky Anderson are the only managers to win the World Series in the American League and National League.

La Russa pleaded guilty to driving under the influence in Florida in 2007 after police found him asleep inside his running sport utility vehicle at a stop light and smelling of alcohol.

“I accept full responsibility for my conduct, and assure everyone that I have learned a very valuable lesson and that this will never occur again,” La Russa said then.

La Russa was hired by Chicago in a surprise move after Rick Renteria was let go in what the team insisted was a mutual decision. La …read more

Editorial: What a Biden presidency means for future of tech

President-elect Joe Biden’s inauguration can’t come too soon for the tech industry. Silicon Valley never had a seat at the Trump table. Nor did it really want one. From Day One there was a philosophical divide that transcended politics. President Trump spent the last four years trying to “Make America Great Again.” The tech industry […]

After a long wait, the start of the Cal football season went just about as badly as most everything else in 2020. The Bears, finally beginning their season 78 days after originally scheduled, trailed UCLA  27-10 at halftime and lost 34-10 at the Rose Bowl after a 9 a.m. kickoff Sunday. The many disruptions of […]

Two Bay Area residents got a good view of Solano County Jail’s interior spaces after leading Vacaville police officers on a brief high-speed chase down Leisure Town Road late Saturday night, with the suspects’ vehicle eventually colliding with another vehicle, then careening across the road, where it struck a power pole, shearing it at the […]