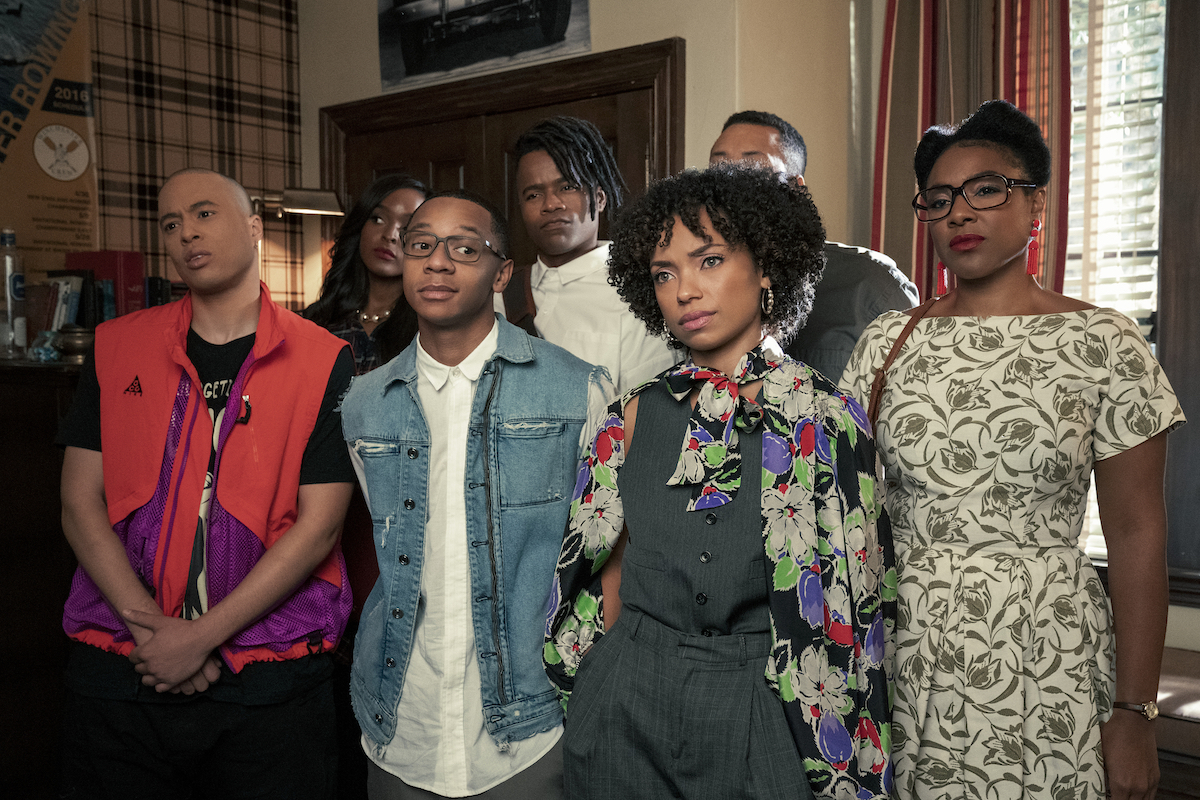 Brown clearly isn’t slowing down anytime soon, and in addition to his work in Queer Eye, he will be spotted in the all-new season of Dear White People. As reported by

The fourth season of Dear White People recently started streaming on Netflix, and for fans of the series, the latest episodes are like a breath of fresh air. The show, which debuted on Netflix in 2017, has been a popular talking point over the past few years, with thousands of both critics and fans nodding at the way that the show manages to portray real-life issues affecting the African-American community through a new and exciting lens.

A TV show with a talented cast of performers, Dear White People’s fourth season includes some brand-new faces as well — including a Queer Eye star who has achieved renown for his work in reality television.

Born in Houston, Texas, in 1980, Karamo Brown was first introduced to viewers on reality TV shows such as The 5th Wheel and The Real World: Philadelphia. Over the next few years, Brown continued to build a career in reality television, appearing on shows like The Next 15, Dr. Drew On Call, and The Young Turks. He also landed several hosting gigs due to his outgoing and gregarious personality, working as the guest host on the TV show Access Hollywood Live.

In 2018, Brown was cast in his most high-profile project to date — as the culture expert in the Netflix series Queer Eye. It is on that show that Brown has risen to fame, with many thousands of viewers looking to his example for inspiration and humor.

Happy Birthday @KaramoBrown! Thanks for being iconic and always inspiring us to be our best selves. pic.twitter.com/k01BZw1Sx8

Since 2018, Brown has been a staple presence in the show Queer Eye. As one of the Fab Five members, Brown is good friends with his co-stars, including Tan France, who has gushed about Brown as being a “highly skilled schmoozer,” as well as being incredibly attractive. He has achieved fame and fortune on the show, and reportedly, has a net worth of around $3 million.

In addition to his work on Queer Eye, Brown has appeared on other recent reality shows, including Dancing with the Stars. Brown earned the adoration of fans as he danced with his partner, Jenna Johnson, although he was ultimately eliminated fourth in the competition. Brown is also an author, writing a book in 2019 called I Am Perfectly Designed, a book for children about self-acceptance and self-love.

What role does Karamo Brown have in the new season of ‘Dear White People’?

Jason Bateman and Laura Linney on ‘Ozark’ | Netflix What happened last on ‘Ozark’ Ozark is a drama series following financial advisor Marty Byrde (Jason Bateman) as he moves his family from Chicago to Missouri to wash money for a Mexican drug cartel. It premiered on Netflix in 2017 and exploded to become one of […]

Dolly Parton, performs in 1976 | David Redfern/Redferns Parton met her husband in 1964 after she first arrived in Nashville. They met outside the Wishy Washy laundromat. In her book, Songteller: My Life in Lyrics, she reveals she “left two boyfriends back home.” However, she wasn’t interested in starting a new relationship. Parton says finding […]

Article Highlights: Billions will return for season 6 on Showtime. Star Damien Lewis won’t reprise his role as Bobby “Axe” Axelrod. Lewis bid farewll on Twitter following the Billions Season 5 finale. The cast of ‘Billions’ | Frederick M. Brown/Getty Images It took a while, but Showtime’s Billions finished the back half of season 5 […]