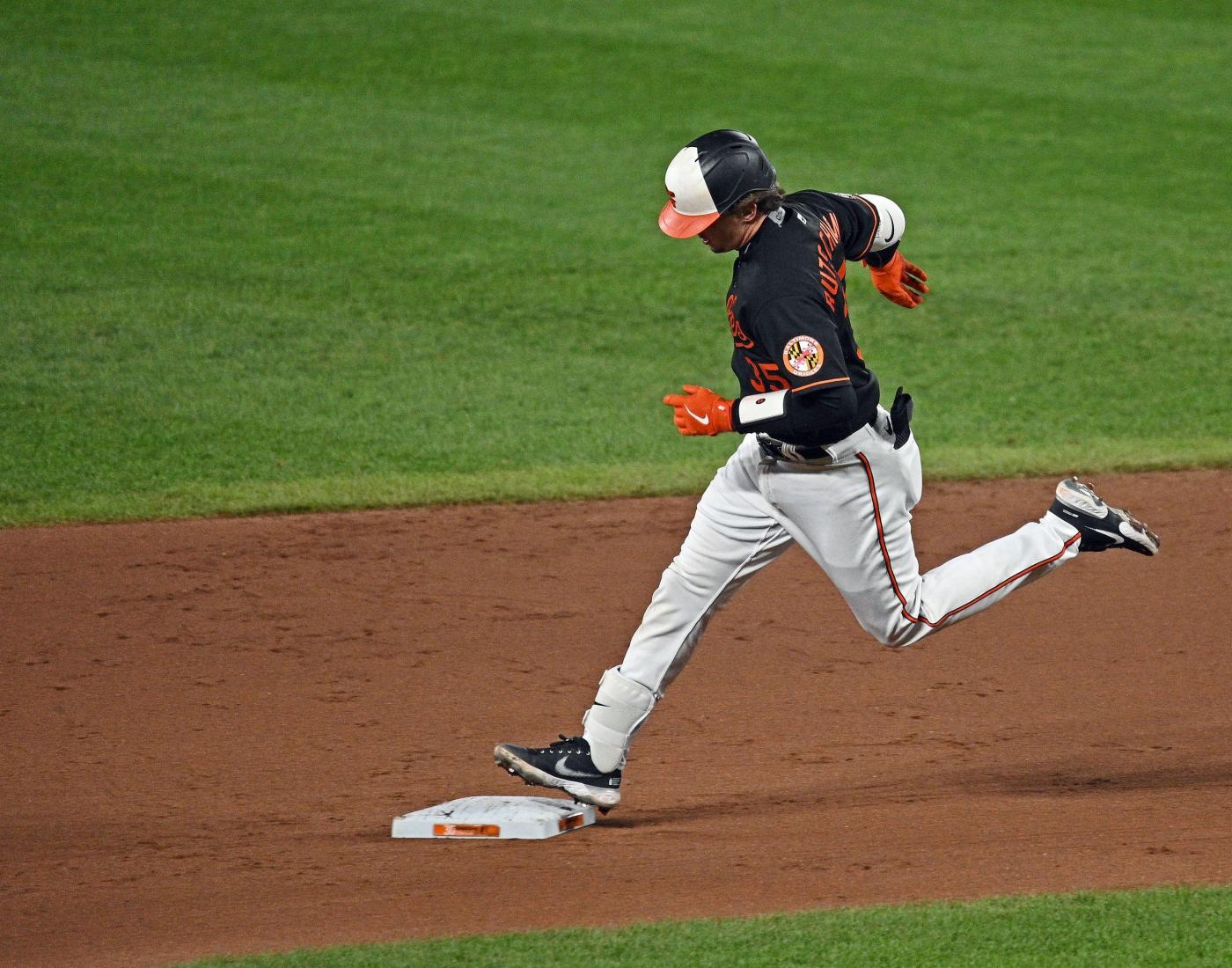 After continuing the Orioles’ run of pitching dominance both of late and against the top team in the American League, Dean Kremer took three showers of various forms, and he might have required a fourth.

The first came moments after he finished a shutout in a 6-0 win over the Houston Astros, his first career complete game giving the Orioles three straight starts of least 8 2/3 innings for the first time since the year before he was born. Like Jordan Lyles and Kyle Bradish before him, Kremer received an on-field Gatorade bath from fellow pitchers while doing a television interview following a career night. Once inside Baltimore’s clubhouse, he found himself inside a laundry cart, where “any liquid or maybe not even liquid got dumped on my head” by teammates. The experience prompted a regular cleaning, but with some substance still matted in his long and wavy brown hair, he made his way back to the showers after discussing his remarkable performance with reporters.

“This is a special night,” Kremer said. “This may not happen ever again in my career. But this is a night to remember, for sure.”

The Orioles (79-71) entered Wednesday with only two outings of at least eight innings in manager Brandon Hyde’s four seasons but have since received three straight. Lyles, the staff veteran, pitched a one-run complete game in Wednesday’s series finale with the Detroit Tigers, and Bradish, a rookie on an impressive second-half run, came an out shy of a shutout in Thursday’s series opener with Houston. Kremer, a 26-year-old right-hander in his second full season, got one more out than Bradish and allowed one fewer run than Lyles for the Orioles’ first shutout by a starter since John Means’ no-hitter in May 2021.

It marked Baltimore’s 15th team shutout this season, their most since recording 16 in Camden Yards’ inaugural 1992 campaign. The Orioles hadn’t had three straight starters come within an out of a complete game or better since Mike Mussina, Scott Erickson and Kevin Brown on Sept. 26, 27 and 29, 1995, according to ESPN Stats & Info.

“I guess they noticed what Jordan did and tried to follow suit,” Hyde said. “I’m just really happy and proud of our young pitchers and how much they’re improving and competing.”

“I don’t think I’ve ever had anything quite like that,” said catcher Adley Rutschman, who was behind the plate for both Bradish’s and Kremer’s outings.

A 2-1 curveball from Kremer in the fourth got by the Orioles’ standout rookie, the first passed ball of Rutschman’s career. He entered the game with the second-most innings caught without one this season. It was perhaps the only miscue of the night for the battery. After Kremer worked out of that top of that inning, Rutschman homered in the bottom half as part of a day in which he reached base four times.

That run was enough for Kremer, who baffled Houston (99-53) for a second time in less than a month. In five games against …read more

L-R: Luke Macfarlane as Aaron Shepard and Billy Eichner as Bobby Leiber | K.C. Bailey / Universal Pictures Bros boasts an impressive supporting cast full of exciting cameos. It’s wonderfully diverse, although it jams so many characters into supporting roles that most of them don’t get much of an opportunity to shine. Nevertheless, Stoller’s direction […]