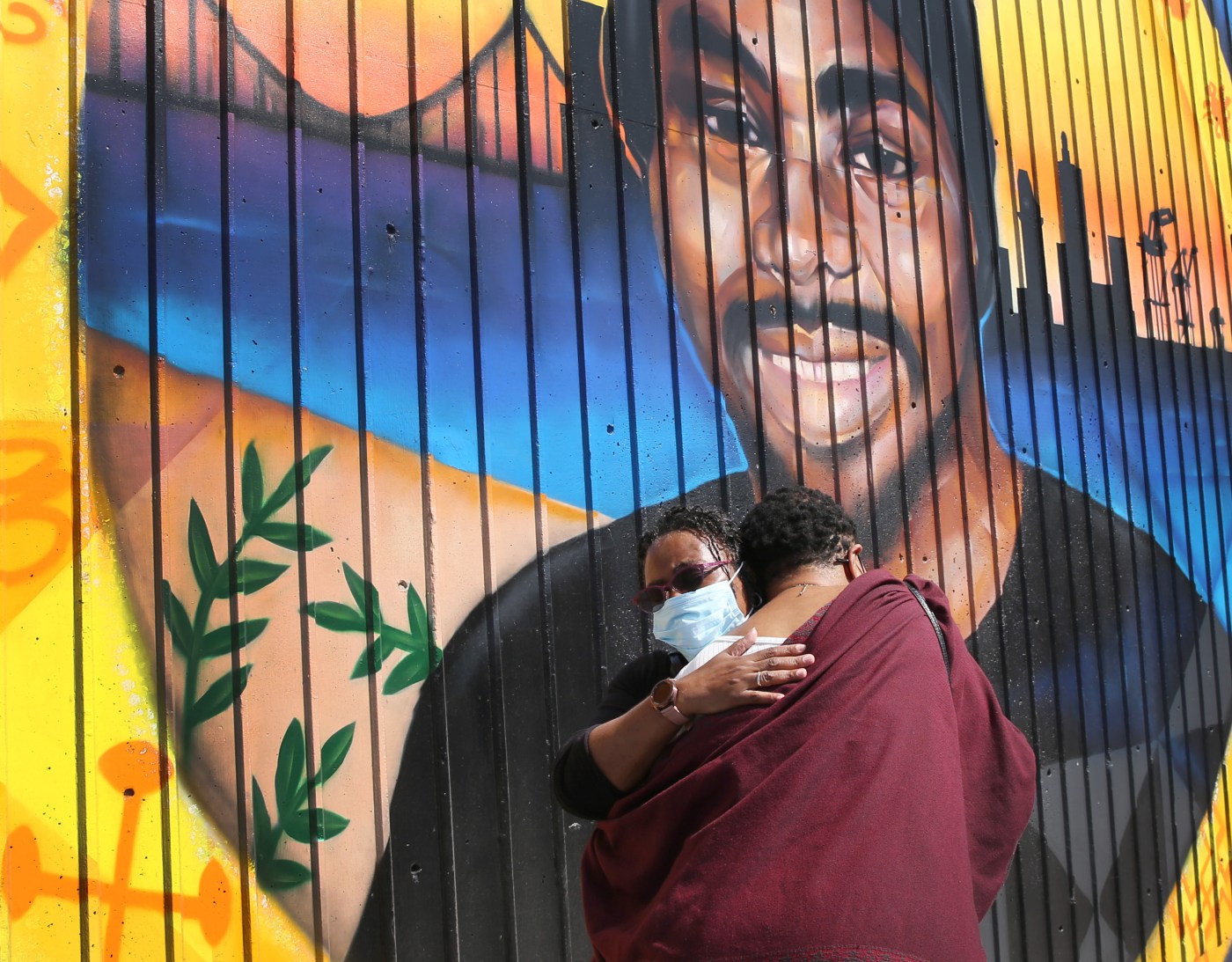 OAKLAND – Alameda County District Attorney Nancy O’Malley announced there would be no new charges in the Oscar Grant case.

O’Malley, who has long faced pressure to charge former BART officer Anthony Pirone, made the announcement after meeting the Grant’s family Monday afternoon. While “condemning Pirone’s conduct in the strongest of terms,” she announced he could not be charged with with murder or any other criminal offense.

O’Malley had announced in October that she would reopen the case 11 years after Grant was shot to death by a BART police officer, which spakred nationwide demonstrations and calls for racial justice.

She said then that she had assigned a team of lawyers to look into the “circumstances that caused the death of Oscar Grant. We will evaluate the evidence and the law, including the applicable law at the time, and make a determination.”

The then-BART officer, Johannes Mehserle, who shot Grant to death on New Year’s Day 2009 was charged with murder but convicted by a Los Angeles County jury of a lesser charge, involuntary manslaughter. He served 11 months in prison and was released in June 2011.

Mehserle said he had mistakenly grabbed his gun instead of his Taser when he shot Grant.

Grant’s family says it was Pirone who created “the climate of violence” by pinning Grant down with a knee to his neck — similar to what happened to George Floyd. Pirone was the first to arrive on the platform that night, followed by his partner Officer Marysol Domenici.

Pirone told civil rights attorney John Burris — who represented Grant’s family in a civil case that BART settled in 2011 for $5.1 million — in a deposition that he had used force because Grant took a swing at him after refusing orders to stay seated.

But according to videos and to a 2009 BART police internal investigation report released last year, Pirone was lagely responsible for what let up to Grant’s shooting.

“The actions of Officer Pirone started a cascade of events that ultimately led to the shooting of Grant,” the report said.

When Pirone and Domenici first responded to the BART station that night, Pirone entered the train car without his partner, disregarded his training and rushed through the initial investigation, the report found.

Pirone used profanity when speaking to Grant and his friends, at one point calling Grant a racial expletive, according to the report. Pirone is said to have punched Grant in the face, then kneed him in the head, applying pressure to Grant’s back to prevent his hands from becoming free.

When Pirone released his weight, Grant put his hands behind his back as instructed so he could be handcuffed, and Mehserle shot him.

Both the Oakland City Council and BART’s governing board are scheduled to vote this week on resolutions to urge the District Attorney to charge Pirone with felony murder and any other “applicable” charges.

The City Council is scheduled to vote on the issue at its meeting Tuesday. Counculmember Loren Taylor introduced the resolution, which is co-sponsored by Council President Nikki Fortunato Bas, and Councilmembers Carroll …read more

California’s long-awaited Dungeness crab season can finally get under way. After weeks of negotiations, an agreement has been reached on the price that seafood processors will pay for the crab fleets’ haul of the West Coast delicacy. “We are pleased to announce that local fishermen will be out on the water on Monday 1/11/21 and […]

SAN JOSE — A shooting south of downtown San Jose left a man with “life threatening” injuries Wednesday evening, according to San Jose police. Police were investigating the shooting on the 100 block of E. Virginia St, police said in a tweet from a police department Twitter account just before 5:30 p.m. Wednesday. Information on […]

Does a food allergy mean I shouldn’t get the COVID vaccine?

Because of reports of allergic reactions in some people who have received a COVID-19 vaccination, the Centers for Disease Control this week issued new guidelines on managing such risks. But the precautions and contraindications don’t include people who have most common allergies. Neither the Pfizer nor the Moderna vaccine is thought to prevent a heightened […]