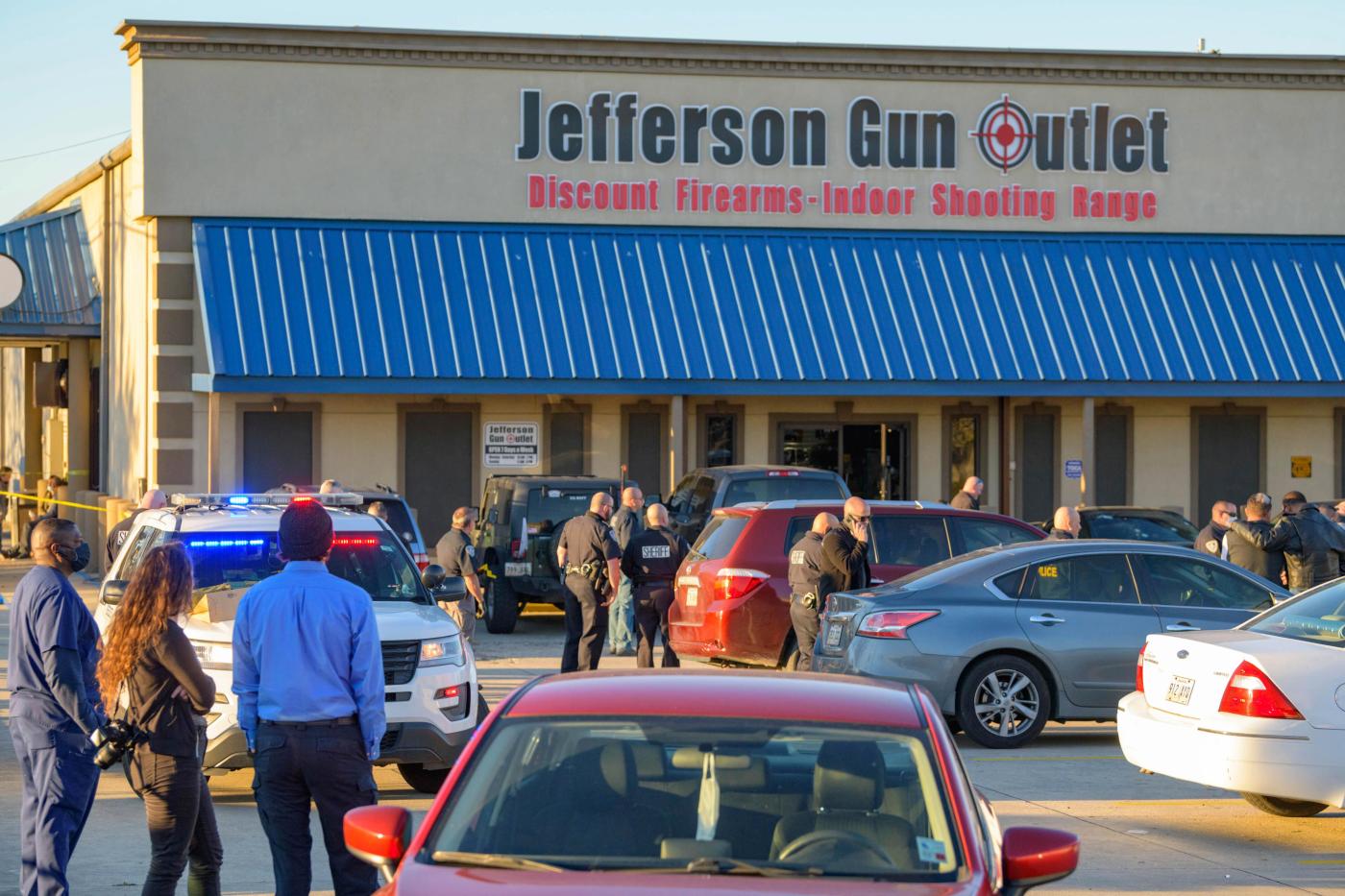 METAIRIE, La. — A person entered a gun store and shooting range in a New Orleans suburb and fatally shot two people Saturday, prompting customers and staff to open fire on the shooter, a sheriff said. The shooter also died.

The shooting happened around 2:50 p.m. at the Jefferson Gun Outlet in the suburb of Metairie, according to a release from the Jefferson Parish Sheriff’s Office.

Sheriff Joseph Lopinto said the shooter initially struck two people inside, and then several other people — whether employees or store customers — opened fire on the shooter, both inside and outside of the building. Outside the building a man could be seen afterward behind yellow police tape yelling “Where is my son?”

Guns and ammunition are sold in the front of the outlet that faces a main thoroughfare through Jefferson Parish. Customers who want to frequent the gun range generally go around to the side entrance of the building. Staff who work there often wear a sidearm.

Lopinto said two other people also were hit by gunfire and were hospitalized in stable condition. He said there were multiple shooters.

“We’re trying to put it all together,” the sheriff said during a short briefing with journalists.

None of the dead or wounded were immediately identified and details remained unclear.

Tyrone Russell and Wanetta Joseph were both in a conceal-and-carry course at the store when they heard what they both described as rapid firing. They said the gunfire sounded much louder than the usual muffled shooting that they are used to hearing inside the shooting range.

“We heard the gunshots and the screaming,” said Russell. “When the police came, they escorted us out. I could see glass everywhere … It was just like a really scary scene.”

“It got extremely loud, like a bomb almost,” said Joseph, who hid with other students under a table — not knowing if there were multiple shooters or if one was near the classroom. One instructor stayed with the students while two others left the room and headed toward the sound of gunfire.

Russell said that when he was led out, he could see a guy “laid out” in the parking lot not far from his car, which was struck by bullets. He described seeing shattered glass, bullet casings strewn about the store.

Caution tape surrounded the business to keep onlookers from getting close to the scene, where ambulances and numerous law enforcement vehicles had converged. A neighboring Taco Bell eatery had been evacuated.

Woman arrested for DUI after pedestrian killed in Peninsula crash

A woman suspected of driving under the influence hit and killed a pedestrian Monday night in Millbrae, authorities said. Carina Fuentes Chavez, 29, showed “objective signs of alcohol intoxication,” San Mateo police said, after responding officers arrived at the scene on the 100 block of South El Camino Real at about 9:45 p.m. Monday. Police […]

By Andrea Shalal | Reuters WASHINGTON – A majority of the U.S. Senate on Tuesday voted to confirm Cecilia Rouse as chair of the White House Council of Economic Advisers, making her the first Black economist to serve in the post. Rouse was confirmed in an overwhelmingly bipartisan vote of 95-4, with one senator not […]