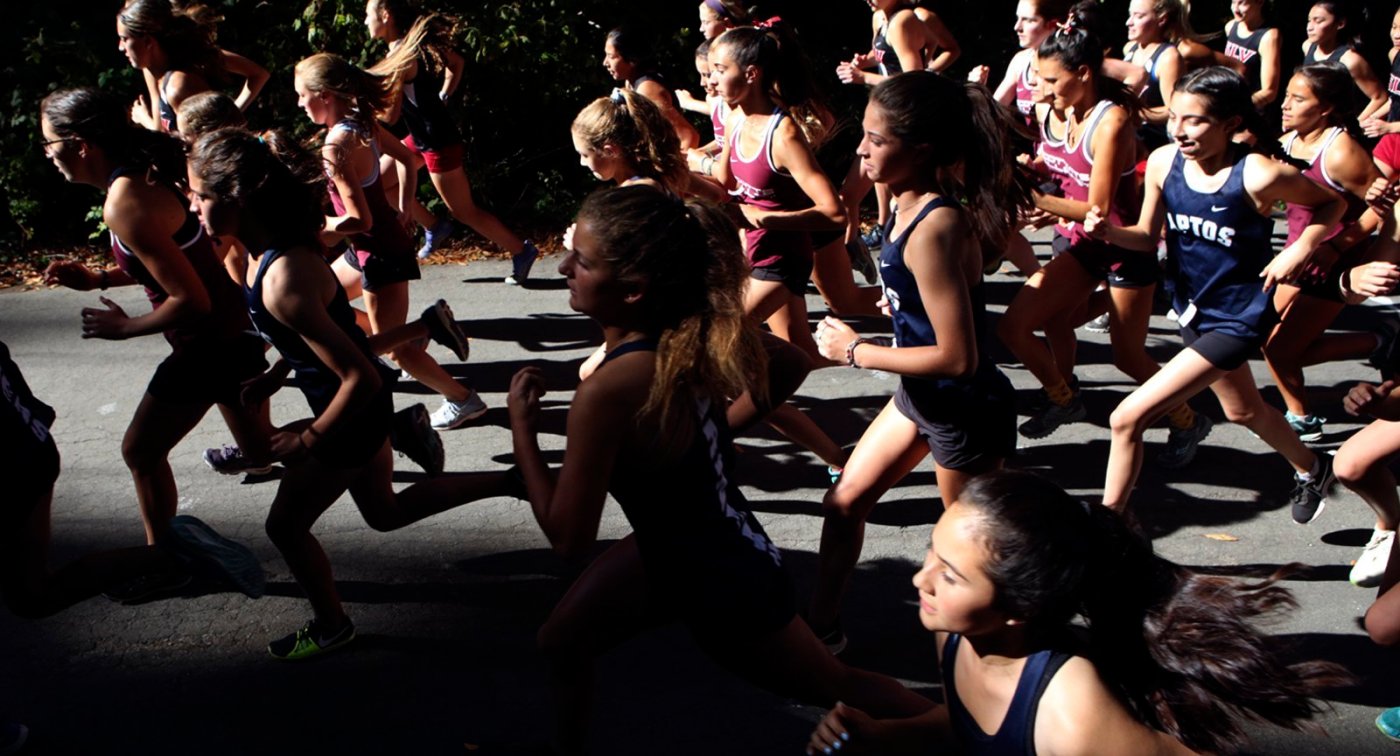 High schools throughout the Bay Area have been in limbo for months, waiting for clarity on if and when their teams can compete this school year.

The state did provide Jan. 25 as a possible date in which high school teams could return to competition, and section officials have treated that loose date as the framework to start outlining a schedule.

If the Bay Area’s stay-at-home order lifts in time and counties remain in the purple tier, one sport hits the intersection of sports allowed in the most restrictive tier in Season 1: Cross country.

And, yes, after so many idle months without much direction, conditioning within workout cohorts only, some cross country coaches in the Bay Area are starting to stretch their legs in anticipation of a season.

“I’m waiting and watching,” Monte Vista-Cupertino cross country coach Kirk Flatow said in a phone conversation last week. “But from my observation, if you’re going to do any sport, cross country is one of the safest and easiest to pull off.”

Cross country is somewhat naturally social distanced. Rules preclude no contact with other runners. Competition is held outdoors. And though the risk of losing a college scholarship isn’t as prevalent in cross country as it is in football or basketball, Flatow says officials should feel the same sense of urgency getting kids socializing and competing again in all sports.

“When we were doing conditioning training in the Fall, at the end of practice kids would get into a circle of 12 people just wanting to talk,” he said. “I saw that and realized how important it was to see people face-to-face, not through a Zoom box.

“I think competition not only would be a great release but act as a vehicle for kids to have something that resembles a normal human interaction.”

In some league proposals, cross country is scheduled to start practices on Jan. 19 with competitions beginning on Jan. 25. While something to look forward to, cross country coaches also acknowledge the logistical knot they have to untangle to compete.

“There are a number of considerations we have to take into account,” Carlmont cross country coach John Lilygren said. “It’s not as simple as, ‘OK, we’re going to have a meet, come on down and let’s do it.’”

The coach of the 2019 Peninsula Athletic League champions typically reserves the path at Crystal Springs and parks throughout the city of Menlo Park months in advance. That requires obtaining a permit from the city of Belmont — where Carlmont is located — which includes assignment of a few police officers to close off the path and help direct traffic.

Carlmont competes in a super league, which means a combination of 17 competing schools can host up to 900 students at some meets — the kind of large gathering health officials prohibit despite it being outdoors.

Then there’s the issue of transportation. Student-athletes usually travel to meets and practices by bus or van — close contact that should be restricted. Can they ask students to find …read more

SAN JOSE — A shooting south of downtown San Jose left a man with “life threatening” injuries Wednesday evening, according to San Jose police. Police were investigating the shooting on the 100 block of E. Virginia St, police said in a tweet from a police department Twitter account just before 5:30 p.m. Wednesday. Information on […]

WASHINGTON (AP) — The Latest on Congress’ tally of the Electoral College vote won by Joe Biden (all times local): 8:10 p.m. The Senate has resumed debating the Republican challenge against Democrat Joe Biden’s presidential election victory, more than six hours after pro-Trump mobs attacked the Capitol and forced lawmakers to flee. Scores of Republican […]

Sharks takeaways: Split series with Coyotes could be sign of what’s to come

The San Jose Sharks will find out throughout the course of the season that playing the same opponent in consecutive games will have both its advantages and its drawbacks. If the Sharks win the first game of a series, they’ll know what they’ll need to do to continue to have success while also expecting a […]