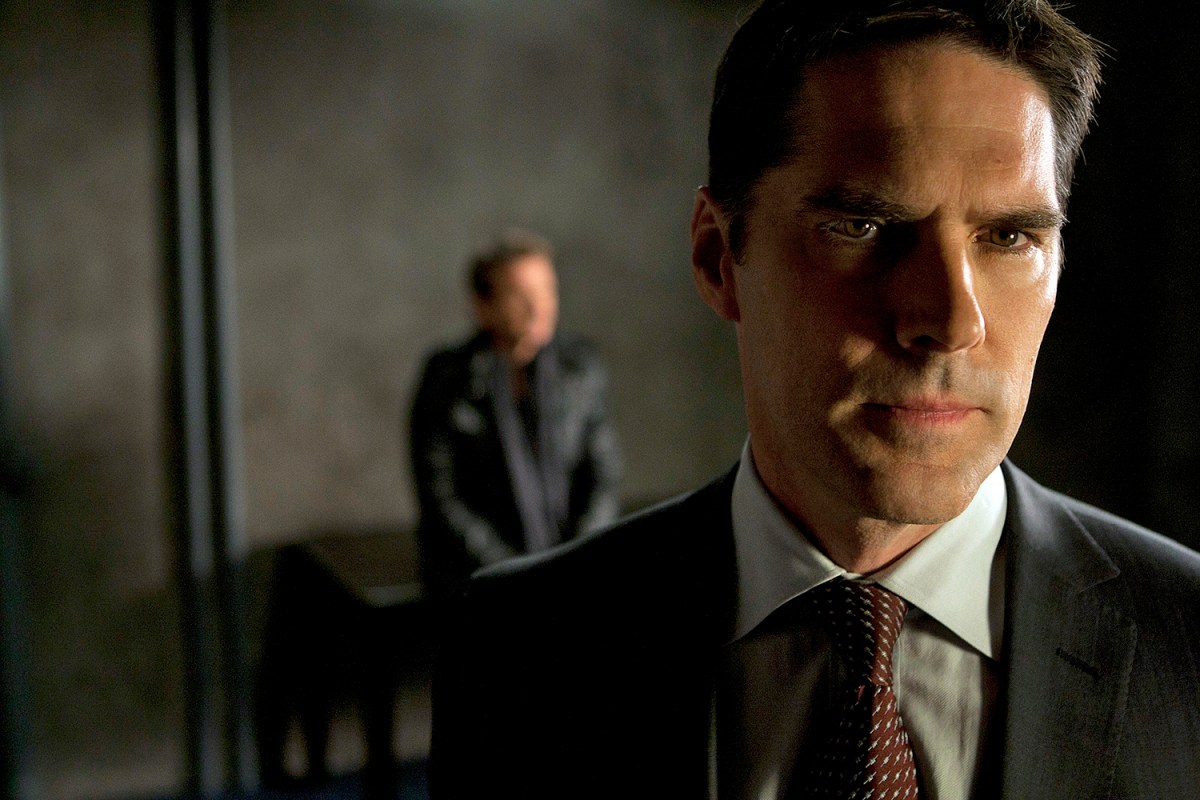 Thomas Gibson as Aaron Hotchner in ‘Lauren,’ one of the saddest episodes of ‘Criminal Minds.’ | Matt Kennedy/CBS

Goodbyes are always hard — especially when they’re coming from your favorite character on a TV show. Criminal Minds fans everywhere were crushed when they found out that Shemar Moore, who played Derek Morgan for 11 seasons,

If there’s one thing Criminal Minds does well, it’s creeping fans out with seriously disturbing episodes. On the other hand, the crime drama also knows how to break hearts into a million pieces. Some scenes never fail to make viewers cry, no matter how many times they watch. In honor of Criminal Minds: Evolution hitting Paramount+ this week, here’s a ranking of the saddest episodes in the original series. Get those tissues ready.

Thomas Gibson as Aaron Hotchner in ‘Lauren,’ one of the saddest episodes of ‘Criminal Minds.’ | Matt Kennedy/CBS

Goodbyes are always hard — especially when they’re coming from your favorite character on a TV show. Criminal Minds fans everywhere were crushed when they found out that Shemar Moore, who played Derek Morgan for 11 seasons, was leaving the show.

“A Beautiful Disaster” marks Moore’s final episode as a series regular. We can’t help but shed a tear as Morgan bids farewell to his pal, Dr. Spencer Reid (Matthew Gray Gubler), and his Baby Girl, Penelope Garcia (Kirsten Vangness). Plus, this episode shows one of Morgan’s most emotional times as his wife and unborn child fight for their lives in the hospital after a shooting.

The line that broke us: “I just can’t imagine this room without you.”

The cases involving children are always the hardest to watch for many Criminal Minds fans. In “Mosley Lane,” the BAU tracks down a couple who has spent several years abducting children. One of the kidnapped teens, Charlie (Evan Peters), is forced to aid in the abductions, but he tries to help the children when he can. After a successful rescue from the BAU, Charlie meets the parents of another abductee, Stephen. They break down as Charlie tells them their son died just yesterday.

The line that broke us: “He was alive yesterday?”

“Lauren” is an emotional rollercoaster. In this episode, Emily Prentiss (Paget Brewster) reveals the undercover work she once did for Interpol. She helped bring down Ian Doyle (Timothy V. Murphy), but now that he’s escaped prison, he wants revenge. Ian holds Emily hostage and eventually stabs her in the abdomen. Emily’s teammates rush her to the hospital, where JJ (A.J. Cook) tells everyone Emily died in surgery.

The devastated reactions of the BAU team are enough to make us feel like we’ve lost a friend, too. Of course, the pain doesn’t last long, as viewers soon learn that Emily faked her own death with JJ’s help. She leaves Criminal Minds for a while, but at least we know she’s alive.

The line that broke us: “She never made it off the table.”

Reid’s girlfriend is in big trouble. Catch the episode #Zugzwang to find out why! #CriminalMinds #CriminalMindsMonday pic.twitter.com/7dkubJOIU6

RELATED: The 10 Best Episodes of ‘Criminal Minds,’ According to Fans

Brentt Leakes and NeNe Leakes | Prince Williams/Wireimage Nene Leakes was considering closing her Georgia lounge club amid her son’s stroke Leakes opened The Linnethia Lounge in 2020 in Duluth, a suburb outside of Atlanta. The lounge has hosted many famous faces and popular Atlanta artists, including The Real Housewives of Atlanta alum Nene Leakes […]

Athletic director Bernard Muir insisted Monday that Stanford is committed to competing for Pac-12 championships in football after coach David Shaw’s resignation, even if it means loosening restrictions that make it harder for the school to compete in a changing college football landscape. Specifically, Muir said the school is willing to admit more transfer students, […]