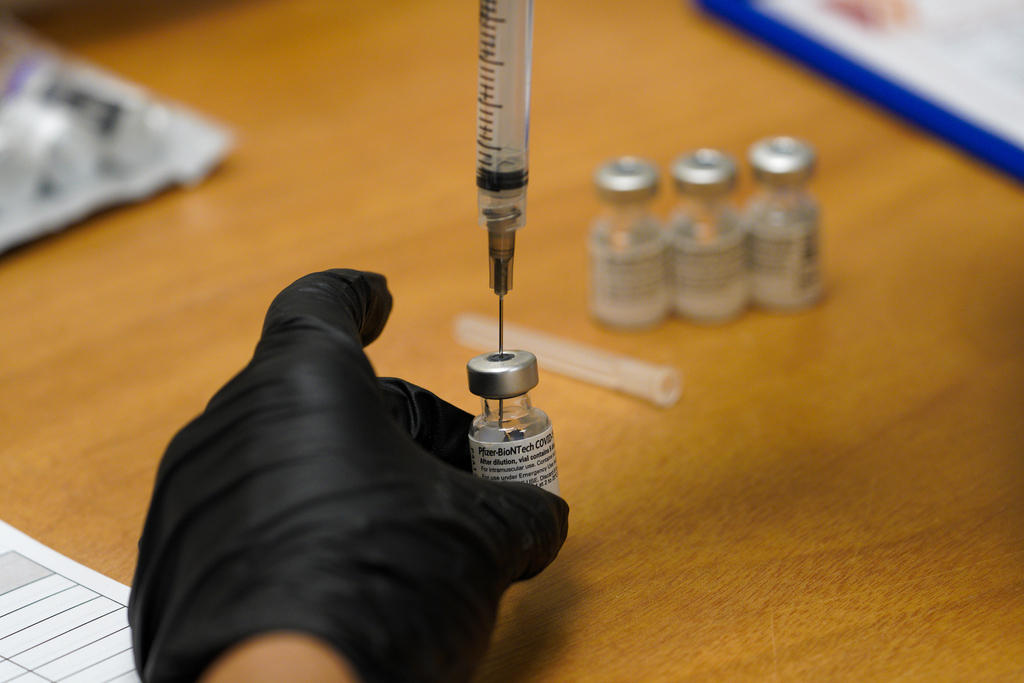 NEW YORK – COVID-19 vaccine makers told Congress on Tuesday that U.S. supplies should surge in the coming weeks due to manufacturing expansions and new vaccine authorizations.

Executives from Pfizer Inc, Moderna Inc and Johnson & Johnson – speaking at a hearing at the U.S. House of Representatives – said they would be able to supply enough vaccine to fully inoculate 130 million people in the United States by the end of March.

The drugmakers also reaffirmed their commitments to supply more than enough doses necessary to vaccinate all Americans by the end of July.

Pfizer Chief Business Officer John Young said it was plausible that there could be a surplus of vaccine in the United States sometime in the second quarter of this year.

“We certainly hope that we’re going to be in a position where every eligible adult will be able to receive vaccinations,” Young said.

Around 44.5 million people in the United States had received at least one dose of two-shot vaccines developed by Pfizer and BioNTech or Moderna, as of Tuesday morning.

Johnson & Johnson’s single-dose vaccine will be considered by an outside advisory committee to the U.S. Food and Drug Administration later this week, and emergency use authorization could come shortly afterward.

Richard Nettles, Vice President of Medical Affairs at J&J’s Janssen Pharmaceuticals unit, said the company would be able to ship nearly 4 million doses of its COVID-19 vaccine upon authorization and 20 million doses by the end of March.

Additional doses could also come from AstraZeneca Plc and from Novavax Inc, which are currently running clinical trials of their experimental vaccines.

An AstraZeneca executive said the drugmaker could supply doses necessary to vaccinate another 25 million people by the end of April if their vaccine is authorized by U.S. regulators.

Costco will become the latest pharmacy chain to offer coronavirus vaccines to Bay Area residents. Starting this week, Costco will be administering vaccines, typically from Moderna, at select locations across California, including at one store in Marin County, according to a company statement released Saturday. The Costco store located at 300 Vintage Way in Novato […]

Review: ‘Nomadland’ is a different kind of American odyssey

By Lindsey Bahr | Associated Press The great recession didn’t just eliminate jobs, it also erased an entire town. Six months after U.S. Gypsum closed its doors in Empire, Nevada, a company town since 1948, its zip code was retired and its inhabitants forced to leave. It’s this brief history that opens Chloé Zhao’s extraordinary […]