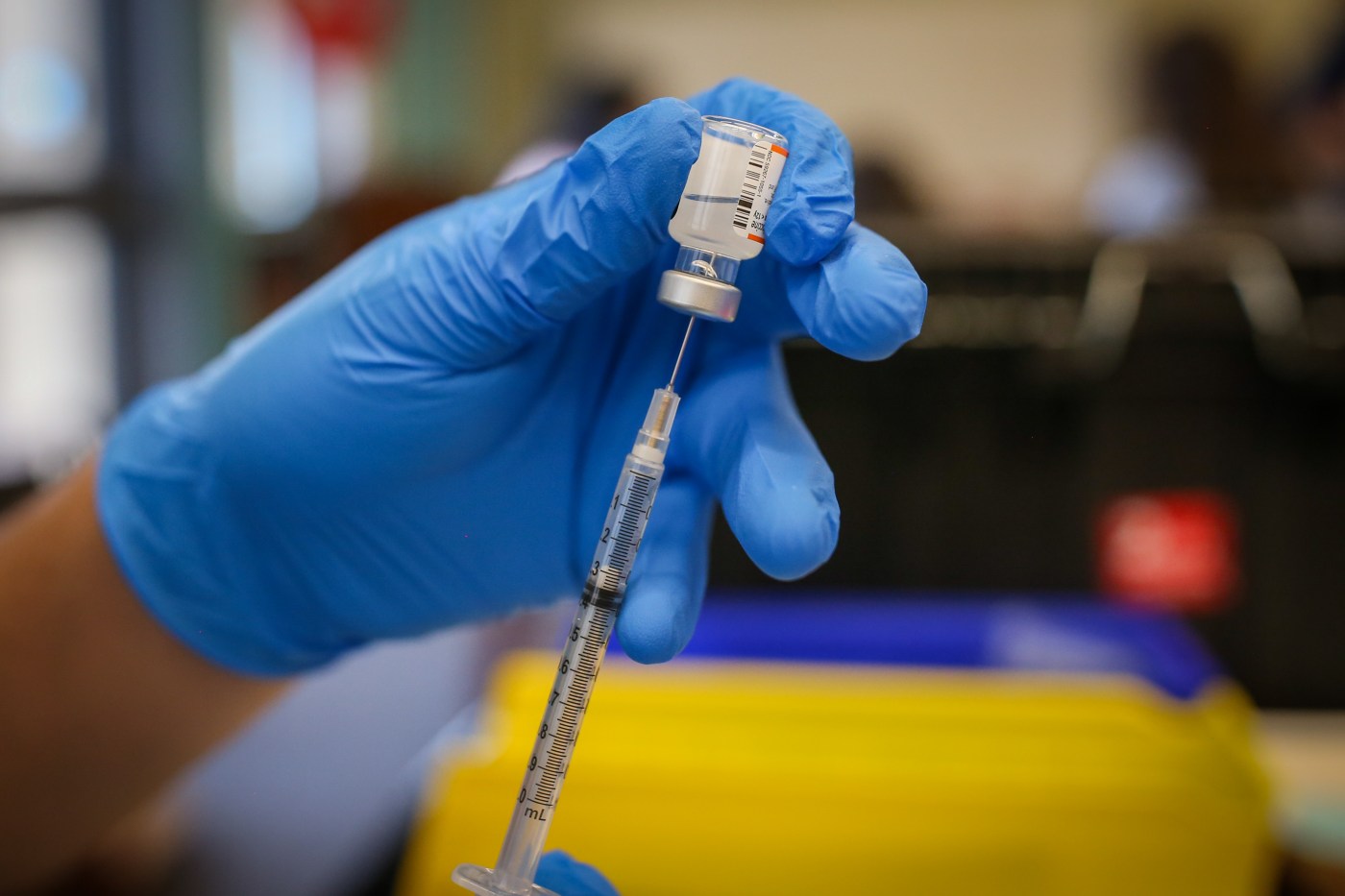 JOHANNESBURG, Nov 25 (Reuters) – South African scientists
have detected a new COVID-19 variant in small numbers and are
working to understand its potential implications, they said on
Thursday.

The variant – called B.1.1.529 – has a “very unusual
constellation” of mutations, which are concerning because they
could help it evade the body’s immune response and make it more
transmissible, scientists told reporters at a news conference.

Early signs from diagnostic laboratories suggest the variant
has rapidly increased in the most populated province of Gauteng
and may already be present in the country’s other eight
provinces, they said.

South Africa has confirmed around 100 specimens as
B.1.1.529, but the variant has also been found in Botswana and
Hong Kong, with the Hong Kong case a traveler from South
Africa. As many as 90% of new cases in Gauteng could be
B.1.1.529, scientists believe.

“Although the data are limited, our experts are working
overtime with all the established surveillance systems to
understand the new variant and what the potential implications
could be,” South Africa’s National Institute for Communicable
Diseases said in a statement.

South Africa has requested an urgent sitting of a World
Health Organization (WHO) working group on virus evolution on
Friday to discuss the new variant.

Health Minister Joe Phaahla said it was too early to say
whether the government would impose tougher restrictions in
response to the variant.

South Africa was the first country to detect the Beta
variant last year.

Beta is one of only four labeled “of concern” by the WHO
because there is evidence that it is more contagious and
vaccines work less well against it.

The country detected another variant, C.1.2, earlier this
year, but it has not displaced the more common Delta variant and
still only accounts for a small percentage of genomes sequenced
in recent months.
(Reporting by Alexander Winning
Editing by Angus MacSwan and Mark Potter)

Taylor Swift: Which Song Came Out of Her ‘Like a Lightning Bolt’

Part of what makes Taylor Swift such a successful musician is her songwriting skills. The “All Too Well” singer started writing songs when she was just a child and she never looked back. In fact, Swift has written or co-written every song she’s ever released. But how does Swift continue to excel as a songwriter […]

‘The Young and the Restless’: Peter Bergman Believes Phyllis Is Jack’s Best Partner

He went from performing at sold-out stadiums to rockin’ at the North Pole with Santa Claus. One Aerosmith member actually appeared in stop-motion animation form for the beloved Christmas movie, The Polar Express. Here’s what we know about the original song he performed for the film’s soundtrack.  Steven Tyler, Tom Hanks, Nona Gaye, Peter Scolari, […]