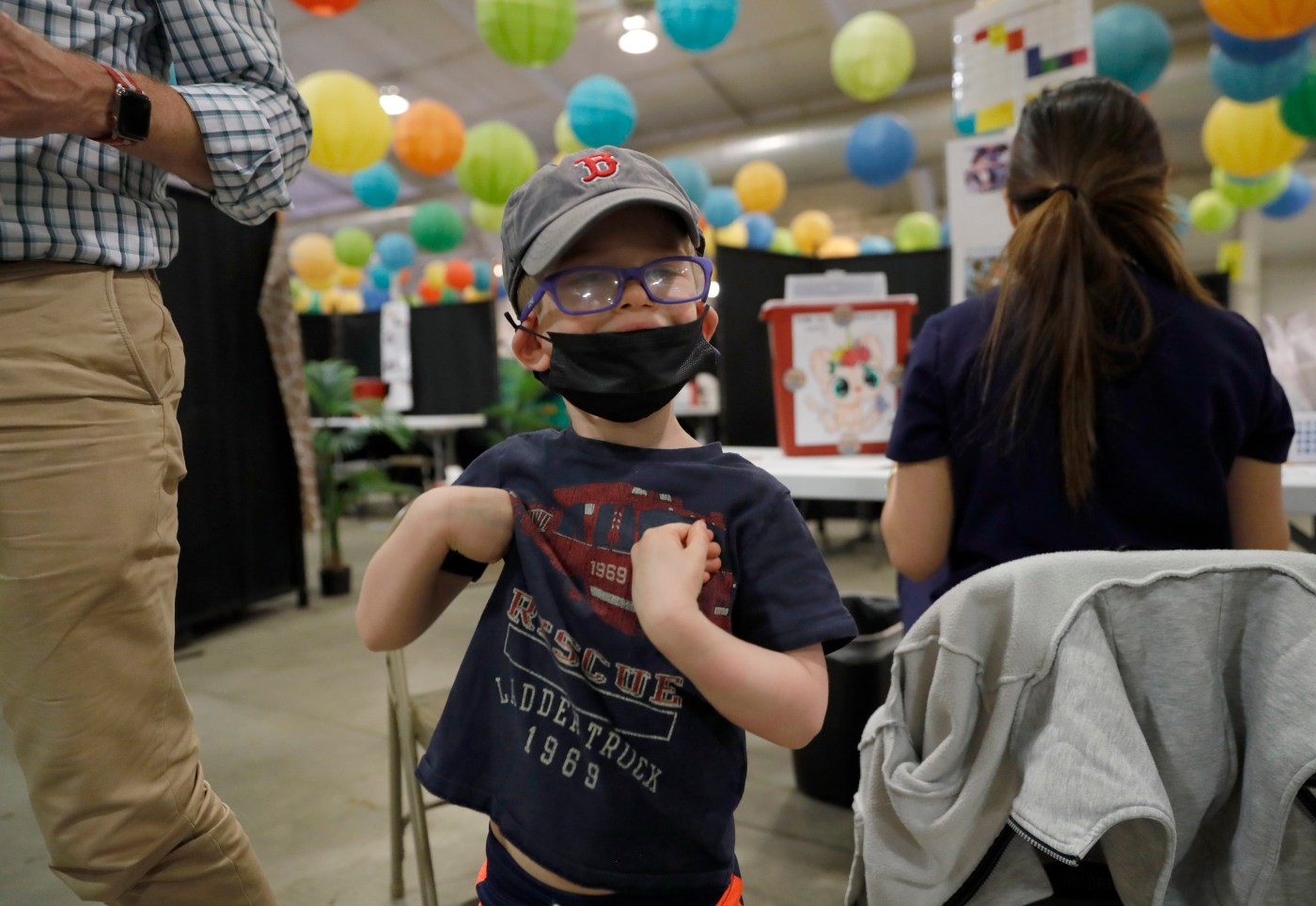 For many Bay Area’s parents, the anxious wait for COVID-19 vaccines for their young tots finally ended this week.

After federal health authorities last week gave the OK for children as young as 6 months to get the vaccine, hundreds of parents corralled their toddlers through intense summer heat to the Santa Clara County Fairgrounds vaccination clinic, hoping their kids could be some of the first in the state to get the shots.

George Israel and his 4-year-old son Vance from Los Gatos were among the first in line. They’d been waiting weeks for the shots to be approved, and when the county scheduling portal opened Monday, he made sure to refresh his page to get the first available slot.

“I think he was a bit jealous — both of his older siblings already got the vaccine months earlier,” Israel said of Vance. “We’re very fortunate that we live in a county where we have access to this right now, and we can’t take that for granted.”

The county had ordered enough Pfizer and Moderna doses for the estimated 100,000 kids ages 6 months through 4 years old who live in the county. Health officials scheduled 500 vaccinations Tuesday and planned to ramp up to 1,000 a day by the end of the week, said Dr. Ahmad Kamal, director of healthcare preparedness for Santa Clara County’s Emergency Operations Center. The shots are being offered by the county at five different locations.

“Just looking around seeing the kids getting vaccinated safely, that’s a success,” Kamal said. “That’s really what our goal is, to make vaccines available as barrier-free and accessible as they can.”

The vaccines for the youngest kids come as the latest wave of COVID-19 infections, driven by newer versions of the omicron variant that powered last winter’s case surge, appears to be cresting in California and the Bay Area. The Bay Area 7-day average infection rate continues to be higher, at 40.9 per 100,000 people, than the statewide rate of 33.01 as of June 15. But the Bay Area rate has come down from a June 6 peak of 54.32.

Statewide daily COVID-19 hospitalizations appear to be leveling off at around 3,200, as well as weekly deaths at around 200.

The child-appropriate vaccines have been in the works for months. Approval of Pfizer’s vaccine was initially delayed after the company in December reported that an initial two-dose series did not produce significant results among the 3-4-year-olds in the trial group. Pfizer’s authorized shots are given in three doses, with a second three weeks after the first and a third eight weeks after the second.

Moderna’s vaccine is given in two doses a month apart. Both vaccines are at lower dosages than …read more

The Hotline mailbag is published each Friday. Send questions to pac12hotline@bayareanewsgroup.com or hit me on Twitter: @WilnerHotline. Due to volume — and in some cases, the need for research — not all questions will be answered the week of submission. Thanks for your understanding. Some questions have been edited for clarity and brevity. Can you rank the […]

The Yankees came prepared. This stretch of the season is expected to be a test for the Bombers, a chance to see how they measure up against the teams they are projected to be battling at the end of the year for playoff position, and in the playoffs. With six scoreless, bounce-back innings from Gerrit […]

It looks like even “Hollywood’s nicest guy” Tom Hanks has his limits when it comes to anyone putting his wife, Rita Wilson, in harm’s way. The actor lost his trademark friendly demeanor and unleashed a f-bomb on a group of exuberant fans after they caused Wilson to stumble and almost fall in the street in […]