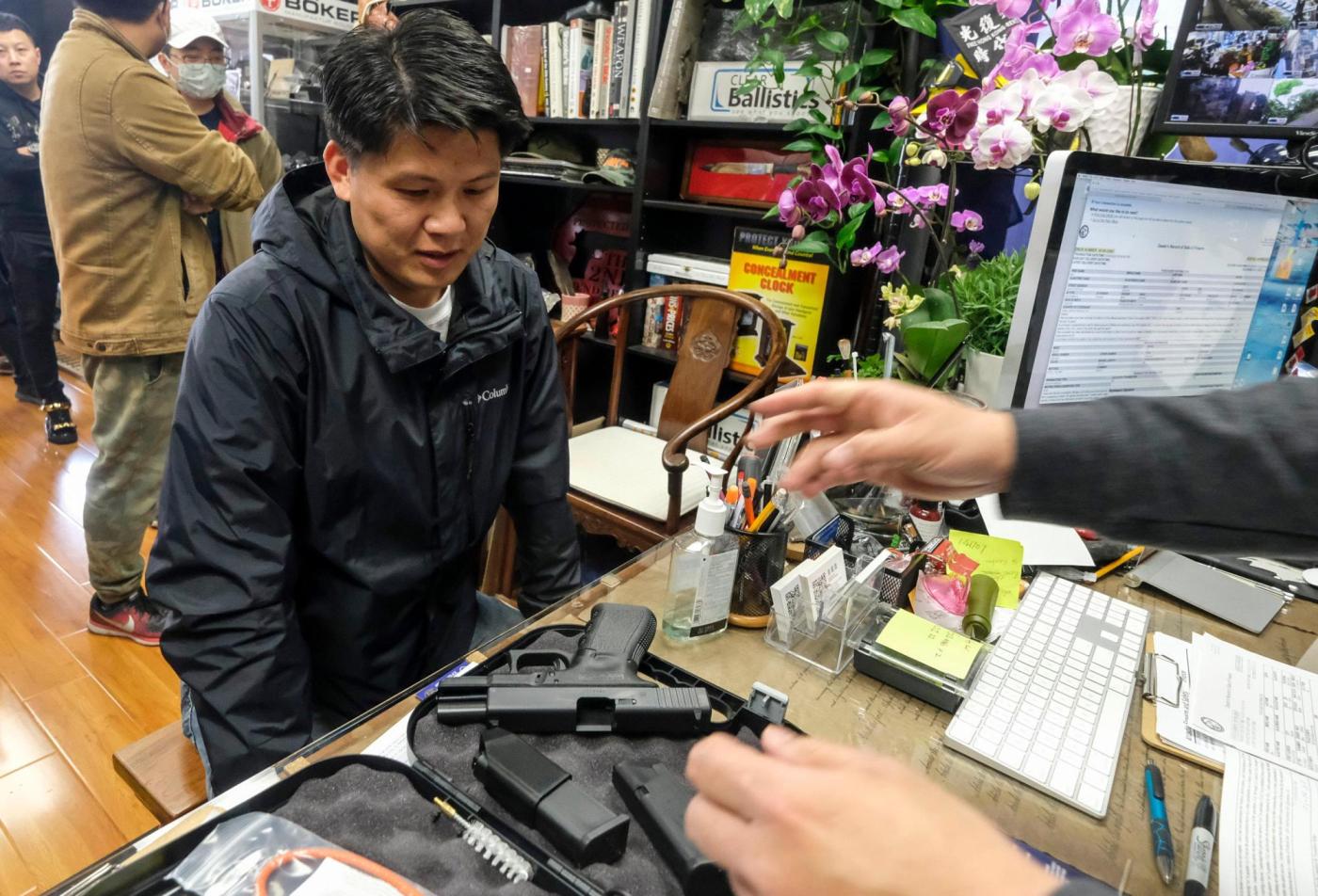 LOS ANGELES (AP) — A U.S. appeals court ruled Wednesday that California’s ban on the sale of semiautomatic weapons to adults under 21 is unconstitutional.

In a 2-1 ruling, a panel of the San Francisco-based 9th U.S. Circuit Court of Appeals said Wednesday the law violates the 2nd Amendment right to bear arms and a San Diego judge should have blocked what it called “an almost total ban on semiautomatic centerfire rifles” for young adults. “America would not exist without the heroism of the young adults who fought and died in our revolutionary army,” Judge Ryan Nelson wrote. “Today we reaffirm that our Constitution still protects the right that enabled their sacrifice: the right of young adults to keep and bear arms.”

The Firearms Policy Coalition, which brought the case, said the ruling makes it optimistic age-based gun bans will be overturned in other courts.

However, the ruling was not a total victory for gun rights advocates.

They had sought to block the state from requiring a hunting license for purchases of rifles or shotguns by adults under 21 who are not in the military or law enforcement.

Handgun sales to those under 21 were already prohibited when the hunting license requirement was passed in 2018 after some of the nation’s worst mass shootings were committed by young adults using rifles, including the Valentine’s Day slayings at Marjory Stoneman Douglas High School in Parkland, Florida.

In 2019, the state passed an additional law banning sales of semiautomatic centerfire rifles to anyone under 21. There were exemptions for police or military troops but not for those with hunting licenses.

Matthew Jones, a 20-year-old at the time from Santee in San Diego County, was the lead plaintiff in the case. He said he wanted a gun for self-defense and other lawful purposes but didn’t want to obtain a hunting license.

His lawsuit, which had been filed before the under-age ban on semiautomatic weapons, was amended to challenge that law and the hunting license requirement.

The suit said the state had “whittled down (the) already inapplicable and irrelevant hunting license ‘exemption’ — the only exemption that is even possible for an ordinary, law abiding young adult who does not wish to enter into a highly dangerous career in law enforcement or the military — by prohibiting an entire class of firearms.”

The two judges who ruled in the majority were part of President Donald Trump’s wave of conservative-approved nominees to the famously liberal court.

A dissent was written by U.S. District Court Judge Sidney Stein, who was assigned to the panel from the Southern District of New York. Stein was nominated to the lower court by President Bill Clinton.

Democratic Sen. Anthony Portantino of La Cañada Flintridge, who wrote both laws, said he was disappointed the semiautomatic ban was struck down but was pleased the hunting license requirement survived.

“I remain committed to keeping deadly weapons out of the wrong hands,” Portantino said. “Student safety on our campuses …read more

The Police’s drummer Stewart Copeland and Foo Fighters drummer Taylor Hawkins were very good friends. Copeland was one of the reasons why Hawkins started playing music. Hawkins was never afraid to show his idols how much he loved them. Copeland experienced that love the first time they met and every day until Hawkins died on […]

Jared Leto is among Hollywood’s most revered actors. Since debuting in the drama How to Make an American Quilt, the Academy Award winner hasn’t stopped. His acting career speaks volumes, but he’s also an accomplished musician. Leto recently admitted he sacrificed acting for music early in his entertainment career. Jared Leto’s prolific acting and music […]

OAKLAND — The driver of a Mercedes Benz was arrested Saturday while trying to escape through the bushes off State Route 24 after killing a woman in a head-on crash. Authorities have not identified the suspect, who had been driving the wrong way on the highway’s leftmost eastbound lane near Shattuck Avenue. The female victim […]