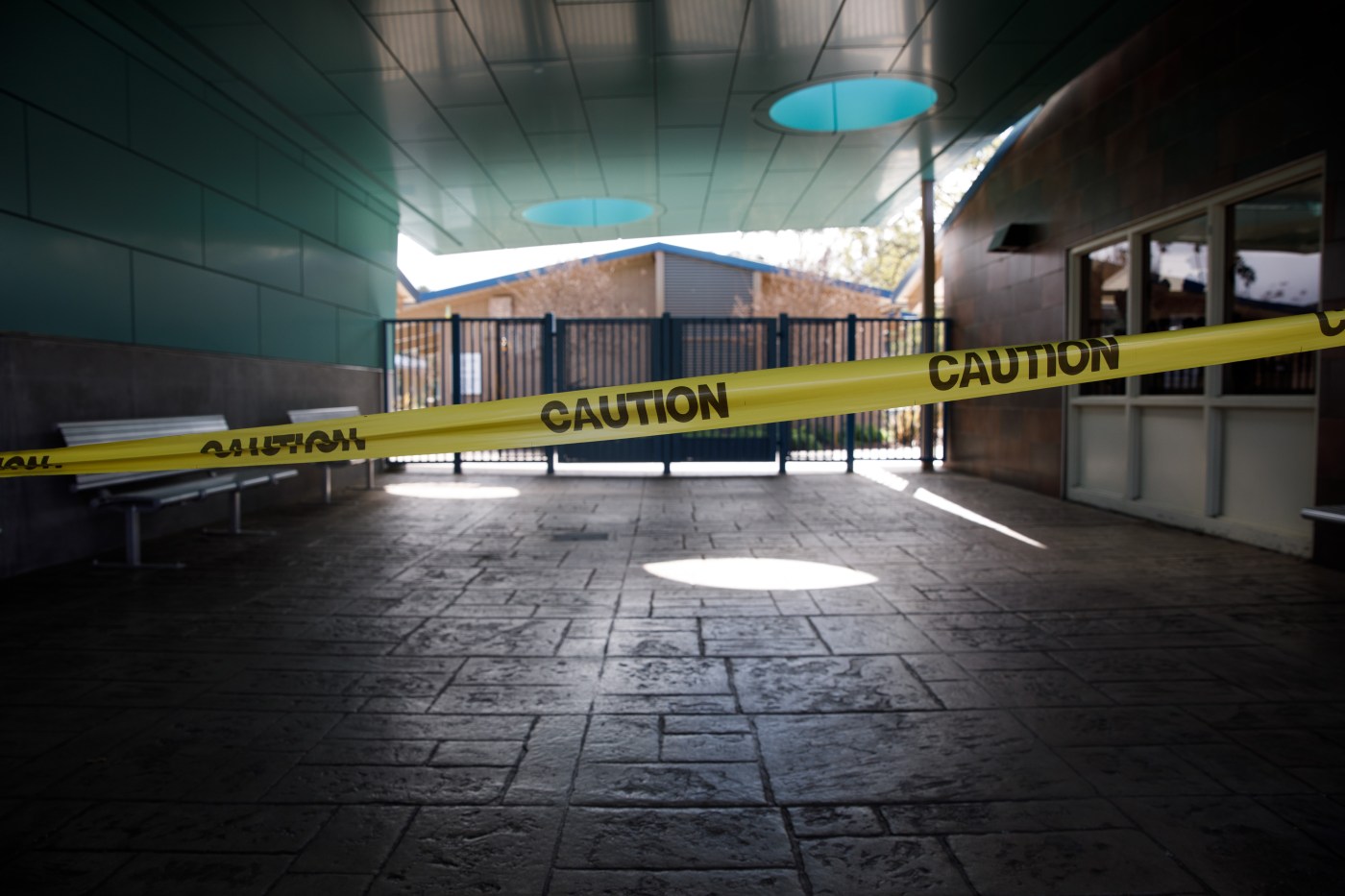 Amid debate over reopening public schools closed for almost a year by the coronavirus pandemic, a new federal study Monday indicated that when there were outbreaks on campus, they were chiefly driven by infected teachers.

The study by the U.S. Centers for Disease Control and Prevention examined nine case clusters in a Georgia elementary school district in suburban Atlanta.

“Educators were central to in-school transmission networks,” said the study, which also noted that “all nine transmission clusters involved less than ideal physical distancing, and five involved inadequate mask use by students.”

The CDC said the study’s observed outbreaks from Dec. 1 through Jan. 22 don’t contradict its recent guidance or evidence showing schools can safely reopen even in communities where virus transmission is high, when they follow measures for wearing face masks and physical distancing.

“Previous investigations in other U.S. school districts found that low transmission rates in schools can be maintained in the setting of high community incidence,” the report said, suggesting a need for more “messaging to improve awareness among educators” about the risk for acquiring the virus from colleagues.

The nationwide debate over school reopening has grown especially heated in California, where most public schools, particularly in impoverished and big city districts, are far behind private, charter and wealthy public districts in the state and across the country in returning students to the classroom.

As Gov. Gavin Newsom, state lawmakers, district leaders and unions representing public school teachers argue over when and how to reopen schools, parents have grown frustrated and impatient watching their kids struggle with online lessons widely acknowledged as a poor substitute for classes taught in person.

State lawmakers in the Assembly held informational hearings Monday on a legislative proposal backed by teacher unions and six of the state’s largest school districts, which Newsom and parents advocating for a quicker return to school have criticized. The state Senate, where it awaits a budget committee hearing, didn’t take it up Monday.

The proposal would require elementary schools to reopen by April 15 at least for hybrid part-time in-person instruction when their county infection rates drop to the state’s second-highest red tier. Newsom, whose own plan does not set a firm reopening requirement, and parent groups have criticized the legislative proposal as not going far enough to reopen schools quickly.

In the Georgia district the CDC studied, 2,600 students and 700 staff members were attending school in person. The nine case clusters involved 13 educators and 32 students at six of the district’s eight elementary schools, or just under 2% of the staff and 1.2% of the students.

The CDC also said the findings are consistent with studies in the United Kingdom and Germany that found the most common transmission on campuses was among adult educators, who were three times as likely to spread the virus on campus than students.

Eight of the nine observed case clusters involved at least one educator and “probable educator to student transmission.” In four of the clusters, educators were the index case — the one thought to have been infected first and …read more

Two cars crashed in Berkeley, and all the occupants ran in different directions. One alleged driver was just charged with gun possession

BERKELEY — Federal prosecutors have filed felony gun charges in connection to a bizarre chain of events the followed a Jan. 13 crash near the border of Berkeley and Albany, according to court records. Raymond A. Rodriguez, 24, was charged this week with being a felon in possession of a firearm, court records show. Jail […]

Giants preparing to welcome fans to Scottsdale Stadium, ‘It’s going to be a huge difference’

SCOTTSDALE, Ariz. — With no fans at the ballpark and no team personnel stationed along the side of the playing field to collect foul balls due to COVID-19 protocols, Giants left fielder Alex Dickerson logged a lot of extra steps during the 2020 season. He also made a lot more maximum-effort throws. Whenever a foul […]

The SkyStar Wheel is set to spin again. The 150-foot-tall observation wheel, which has been shut down for over three months due to a surge in COVID-19 cases, is set to reopen at noon March 4 in the Music Concourse of Golden Gate Park in San Francisco. Tuesday’s reopening announcement comes after health officials moved […]