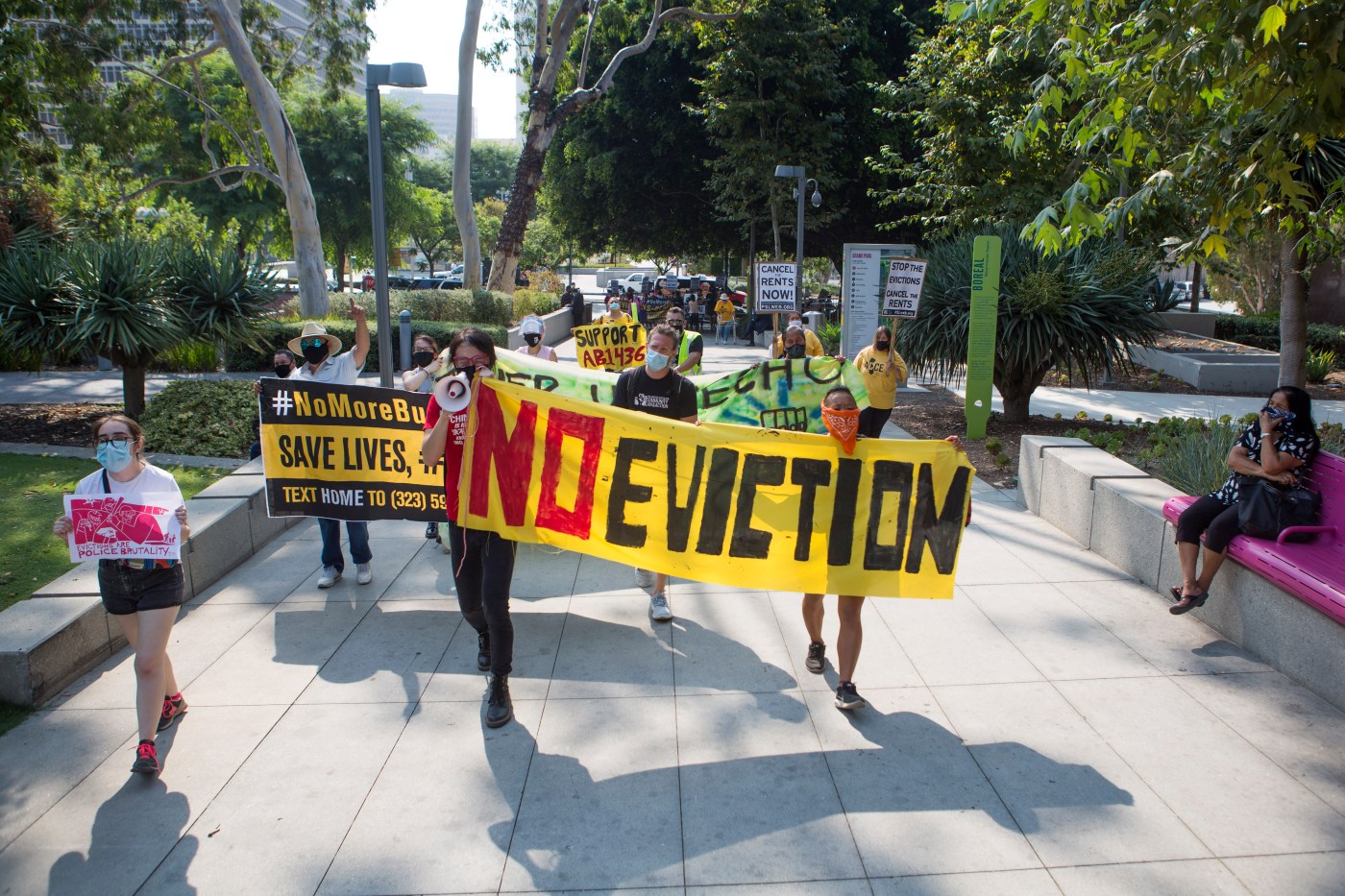 With U.S. rental assistance on the horizon for struggling landlords and tenants, Bay Area housing advocates say the region could be shortchanged in a federal distribution that favors population more than costs and number of renters.

Congress in December earmarked $25 billion for direct aid to renters and landlords, with states receiving aid based on population, and not on a more favorable formula for the high cost Bay Area that would take into account the number of renters or estimated rent owed.

Bay Area housing advocates say the region’s large percentage of renters and high rents could mean federal aid could cover less debt here than in other, low-cost regions. “It’s clearly inadequate,” said Randy Shaw, executive director of the Tenderloin Housing Clinic. But, he added, “we got our foot in the door.’

But experts are hopeful that a new, Democratically-held U.S. Senate will pass a larger aid package to cover more of the tenant debt piled up during the Covid-19 pandemic.

The law calls for the emergency distribution to go to states and municipalities by the end of January. Most of the relief will be paid directly to landlords and utility providers. Low income households making less than half of their region’s median income will receive priority, and renters making more than 80 percent of the median income will be ineligible.

A new analysis by consulting firm Novogradac estimates Bay Area counties could receive around $500 million of the $2.6 billion slated for California. Both San Jose and San Francisco, expected to receive $68 million and $58.7 million respectively, are among the top 20 highest recipients among major U.S. metros.

Los Angeles County, including the city, could receive $668 million, the second-highest total in the country behind New York City.

Housing advocates say the need is clear, although the exact dollar figure is elusive. The National Low Income Housing Coalition estimated U.S. tenants have fallen behind in rent by $30 to $70 billion. The California Apartment Association said California’s allotment will cover just a fraction of renter debt.

Mark Shelburne, housing policy consultant with Novogradac, said federal agencies still have to work out details of the distribution. But the relief could quickly help struggling tenants in government-supported affordable housing, he said.

“This money could, in one fell swoop, bring every one of those tenants current,” Shelburne said. “It could give the landlords and tenants so much breathing room.”

About half of the Bay Area’s population are renters. Although Bay Area rents have declined during the pandemic, they are still among the highest in the U.S. The median price for a two-bedroom in San Jose is $2,650 and $2,560 in Oakland, according to listing site Zumper.

Assemblymember David Chiu, D-San Francisco, said the federal money will provide relief for needy Californians in high cost cities. But he added that he will continue …read more

With high winds and dry conditions forecast, Pacific Gas & Electric is expecting it will need to cut power to some Sierra foothills communities in the counties of Mariposa, Madera, Fresno and Tulare because of wildfire risk. The map embedded above shows in orange the areas for which a public safety power shutdown is forecast. […]

WASHINGTON (AP) — The Latest on Joe Biden’s presidential inauguration (all times local): 6:35 p.m. The federal government has launched a new website that will serve as a clearinghouse for records from former President Donald Trump’s administration. The National Archives and Records Administration announced the website on Wednesday. Eventually, it will be a repository of […]

By Lisa Mascaro, Mary Clare Jalonick, Jonathan Lemire and Alan Fram | Associated Press WASHINGTON — A majority of the U.S. House has voted to impeach President Donald Trump for a second time, just a week after he encouraged loyalists to “fight like hell” against election results — a speech that was followed by a […]