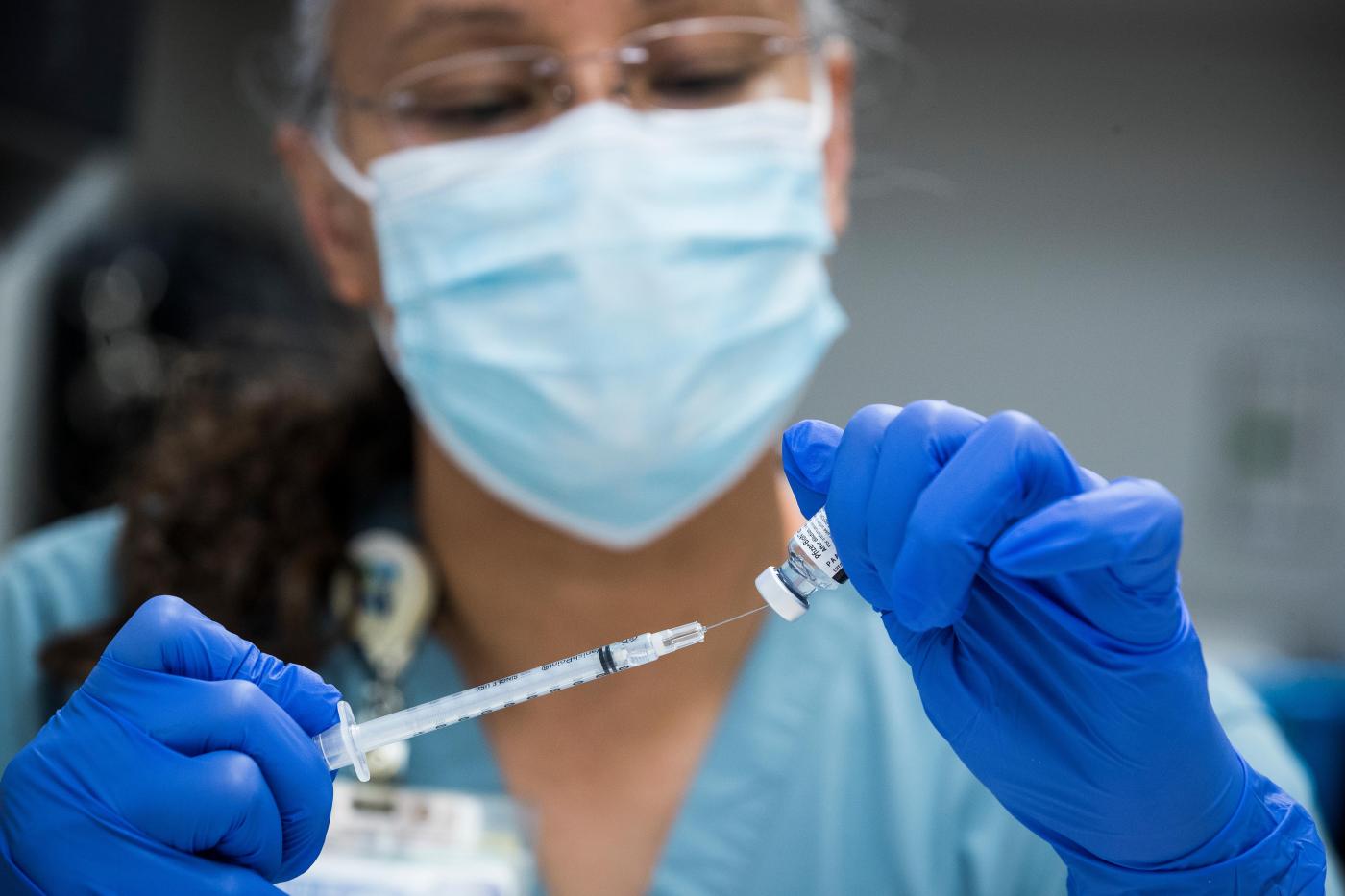 California on Sunday recorded its fewest new cases of COVID-19 since the first day of November, according to data compiled by this news organization, a span of 112 days.

Although only select counties issue updates on weekends, the 3,495 cases reported Sunday were fewer than any day — Christmas, Thanksgiving, any holiday or weekend — since the very beginning of California’s winter wave more than three months ago. At approximately 6,580 per day over the past week, California’s average daily cases have been cut in half in the past two weeks, and the state recorded fewer in the past week than any other since the second week of November — down 85% from last month’s peak.

At 3.1%, the rate of tests to come back positive in California over the past week also reached its lowest point since the first day of November — within a percentage point of its all-time low.

On Saturday, California’s hospitals reported a net reduction of well over 400 patients, and the active count of COVID-positive patients fell below 7,000 for the first time since the final days of November. For nearly three straight months, hospitals around the state experienced more coronavirus patients each day than at the state’s previous peak last summer. This weekend, the active count finally fell below the previous summertime high.

Deaths have also begun to decline, but the past three months have been California’s deadliest of the pandemic. With 228 on Sunday, the death toll over the past week still stands at nearly 2,300 — an average of approximately 326 per day. Although deaths have fallen about 42% from their peak last month, COVID-19 is killing more than twice as many Californians now than any time prior to December.

Eight counties accounted for all 228 fatalities around the state Sunday: 92 in Los Angeles, 55 in San Bernardino, 40 in Orange, 25 in Alameda, 12 in Kern, two in San Diego and one apiece in Santa Clara and Kings counties.

California’s death toll over the course of the pandemic climbed to 49,340, nearly half of which have come since the calendar turned to 2021. In the U.S., the cumulative death toll was approaching 500,000 on Sunday.

The decline in California has outpaced the nation’s downward trend as it recovers from the devastating winter wave. California and the U.S. each reported their highest respective average daily case counts on Jan. 10. Since then, cases around the country have declined about 73%, including 44% in the past two weeks, according to data collected by the New York Times.

In the Bay Area, every county reported a per-capita rate over the past week lower than the statewide average. The region is home to four of the 14 counties with 10 or fewer …read more

Could Alex Smith return to 49ers after reported Washington exit?

Drivers getting creative when sneaking into carpool lanes is nothing new, and a California Highway Patrol officer thought he’d seen it all until last week, when an official said he pulled a driver over with the “most realistic dummy” sitting shotgun in a Toyota Tacoma. The mannequin looked like an older man with gray hair […]