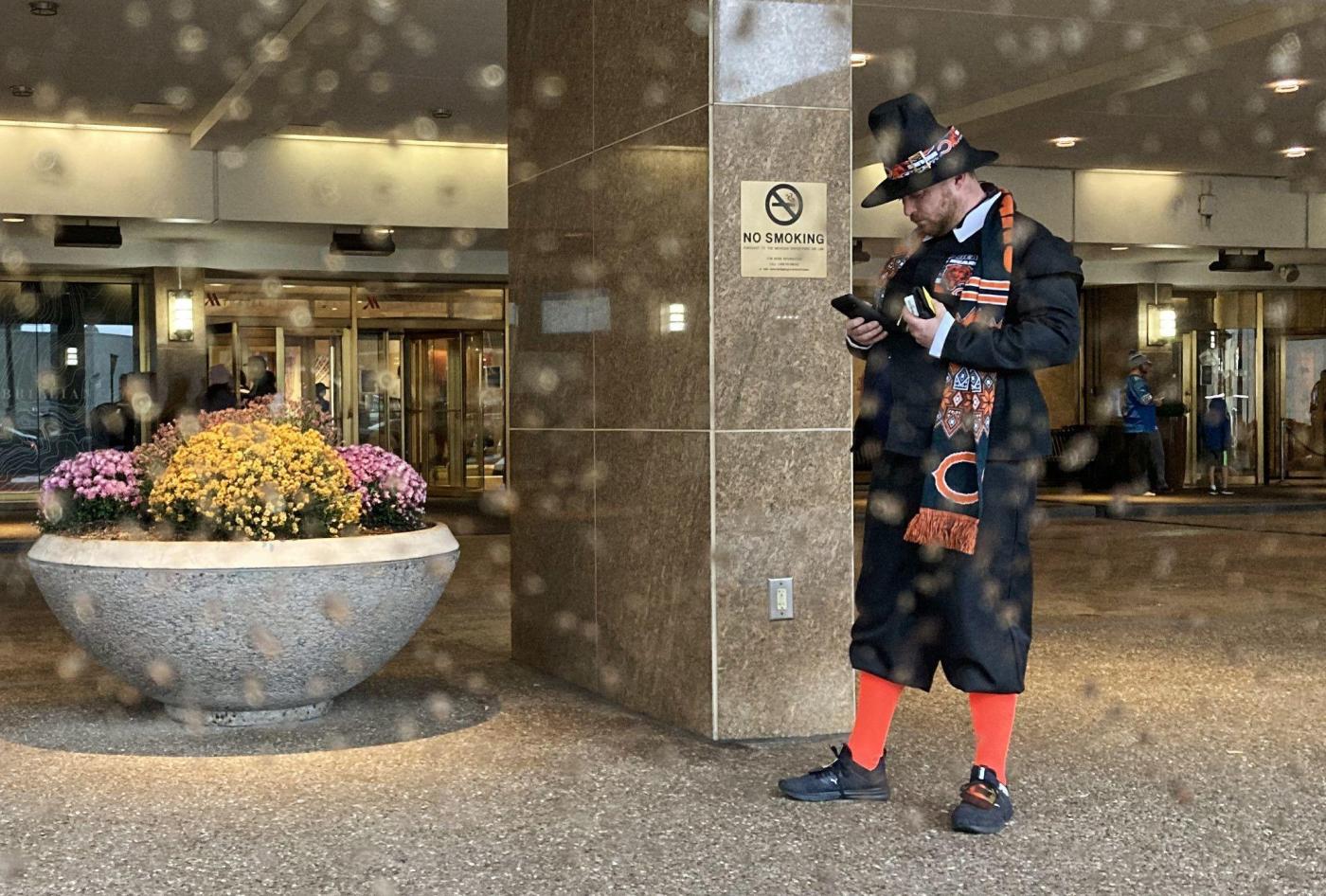 Who knows what the Thanksgiving traditions are in Matt Nagy’s household? But it’s a good bet that once the Chicago Bears coach returned home from Detroit on Thursday evening, he found his way to the liquor supply and poured himself a drink. Extra stiff.

What a freaking week, right? And the tumult may be just getting started.

After the Bears suffered a brutal home loss to the Baltimore Ravens on Sunday and then followed with three days of commotion centered around the coach’s job security and grip on the locker room, Bears players regrouped just enough Thursday to sneak past the miserable Lions 16-14 at Ford Field.

The victory itself was far from impressive. Miles from it actually, merely earning the Bears an “At least you’re not the Lions” medallion.

But at the very least, it ended the team’s 45-day stretch without a victory, snapped a five-game losing streak and allowed Nagy some much-needed relief as he headed into a long weekend.

“This is about the team,” Nagy said during a 10-minute postgame news conference. “Those guys are the ones out there practicing every single day trying to fight like hell to get a win.”

For those looking for significance in Thursday’s late escape, perhaps that lies in the pluck and mental toughness of the 44 Bears players who contributed. Quarterback Andy Dalton threw for 317 yards, 123 of those to budding receiver Darnell Mooney. Robert Quinn provided a sack and Trevis Gipson a well-timed punchout for the defense’s lone takeaway in the first half.

Kicker Cairo Santos ended the afternoon with a walk-off 28-yard field goal as time expired, capping an 18-play, game-winning drive that drained the final 8 minutes, 30 seconds off the clock.

“There’s some relief for sure,” Dalton said.

With a deep appreciation for one another, Bears players vowed to stick together and lock in as best they could.

“We love each other,” Santos said. “We root for each other. We don’t want anybody to fail.”

Added Nagy: “There’s a joy in that locker room, and they’re allowed to have that. They’re going to have a great Thanksgiving because they earned it. And they fought like hell.”

As for his current understanding of his job status?

“My understanding is what it has been since the day I signed to be this (team’s) coach,” Nagy said. “It’s to win as many games as I can possibly win and do it the right way.”

Still, with his team at 4-7 and going nowhere, Nagy wasn’t about to run from the chaos of his topsy-turvy week.

During what one league source described as a tense Tuesday afternoon meeting between Nagy, general manager Ryan Pace, Chairman George McCaskey and team President and CEO Ted Phillips, Nagy said his superiors assured him a Patch.com report that indicated his firing was certain this week was erroneous.

Pace, in his customary pregame interview on WBBM-AM 780, said he identified the report as …read more

Benedict Cumberbatch | Vivien Killilea/Getty Images The character of Sherlock Holmes has a lot of history behind it. Many actors have stepped into the role of the neurotic detective, from Michael Caine to Cumberbatch’s own Avengers co-star Robert Downey Jr. Because of that, Cumberbatch couldn’t help but feel the weight of the character when he […]

Share the Spirit: Providing help and hope in the East Bay

Welcome to Share the Spirit! On Nov. 25, Thanksgiving Day, the East Bay Times will launch its annual edition of Share the Spirit. This holiday campaign is our way of giving back to the community by shining a light on its most vulnerable residents — and showing how we all can help. Since 1983, The […]

Q: I contend that gas prices are high because greedy oil companies took a bath during the worst of COVID when almost nobody was driving and now they’re trying to make up that money. They certainly want to make money (who doesn’t?), but they also don’t want to lose any, so they will stick it […]