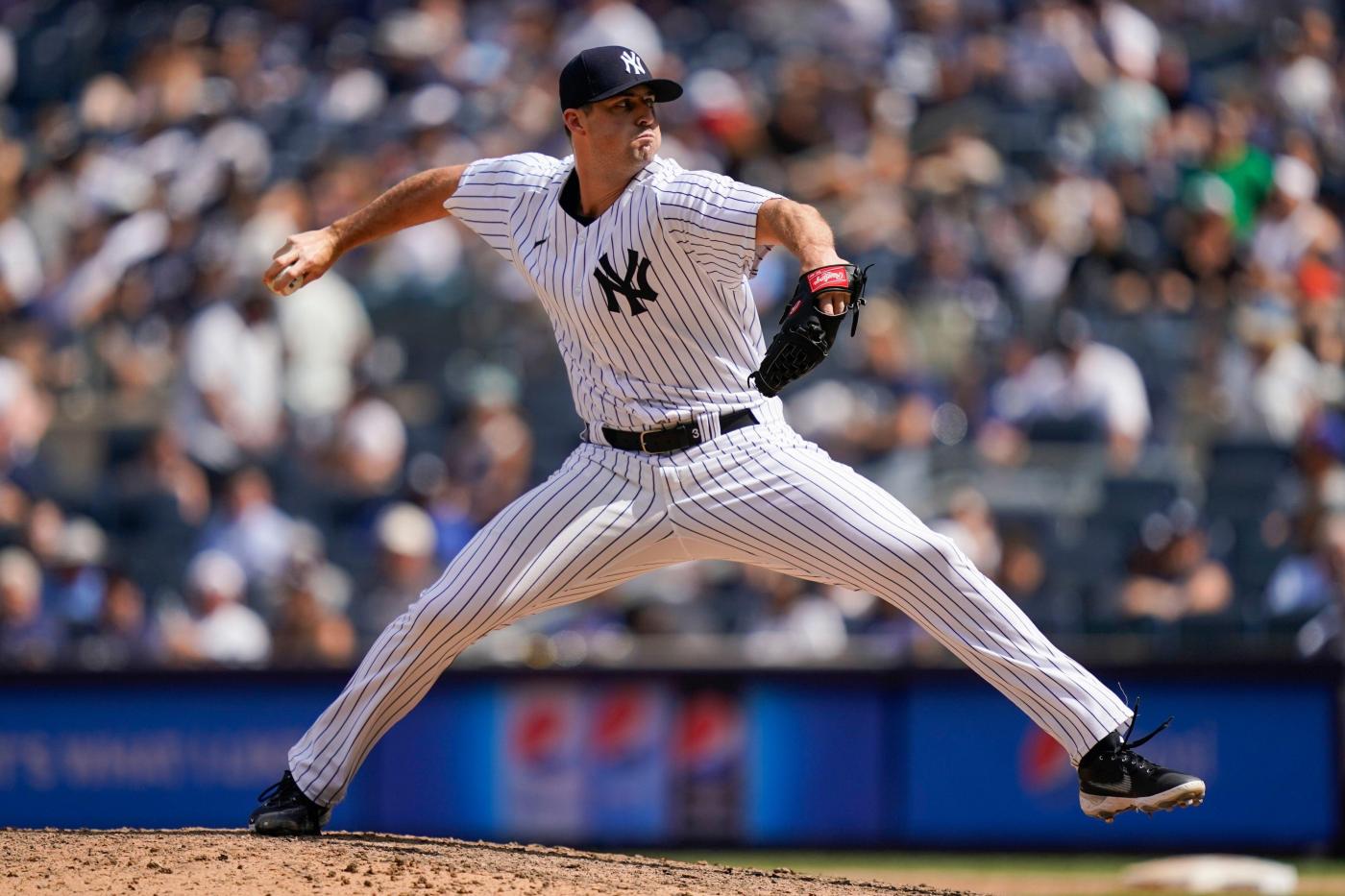 TORONTO — Clay Holmes never shied away from dreaming about this. The big right-hander had always thought about dominating in the big leagues, establishing himself as one of the best and maybe even being mentioned for an All Star game.

“Obviously, that’s what you worked for. It always just seems like this thing of the future, but to be, I guess, a little closer, to so many things. It does kind of feel a little surreal. I don’t know. I mean any ballplayer in the big leagues this is something you work towards and hopefully something you accomplish one day, but it’s a lot harder to do than just dreaming about it.

“So it’s cool just to see some of the work and just the process of what I’m trying to do and kind of start to see some results.”

After tweaking his two-seamer to where it’s one of the nastiest pitches in the big leagues, the Yankees have in Holmes a top-notch closer who has converted in all 11 of his chances this season. He has a 30-inning scoreless streak spanning 28 appearances that is 0.2 of an inning away from tying Hall of Famer Mariano Rivera.

Holmes has not had a team score on him since April 8. Holmes has allowed one earned run all year for a 0.29 ERA, the second best ERA through a pitchers first 29 games of a season behind only Dellin Betances.

It seems like a dream ending to the work that Holmes did to get here. Except, well, the Yankees also have an All-Star closer on the injured list in Aroldis Chapman who is rehabbing his way back from an Achilles injury.

How will they work together when Chapman is back off the IL? Well, we’ll see.

“I think a little of everything,” Yankees manager Aaron Boone said earlier this week of Holmes’ role when Chapman returns. “So he’ll be closing some games too. Basically, he’s gonna find himself in a lot of the toughest parts of the lineup. So whether that’s the eighth inning, the ninth inning we’ll just try and match him up as best we can.”

Boone had used Holmes as his best reliever even before Chapman went down. He’d pick spots where the toughest part of the lineup was coming up in the seventh or eighth inning and use Holmes.

“Some of the highest leverage points in the game are earlier in the game,” Holmes said. “I think one thing that we’ve done a really good job of here is just putting players in a good position, in their best matchups, and that could be in different parts of the game. I think that’s what they’re gonna continue to do.”

It shows Holmes is a good teammate — willing to do whatever helps the team — and it’s accurate. There are bigger moments, higher leverage spots in the eight or even sooner in games.

But, there is something about being the last guy on the mound to slam the door. Certainly, Holmes’ visibility has gone up …read more

Bears linebacker Matt Adams was arrested Thursday night in Chicago on a misdemeanor charge of unlawful firearm possession, according to police. He also was cited for having high-capacity magazines and metal-piercing bullets, a violation of city code. Police said Adams was arrested at approximately 6:46 p.m. in the 200 block of North Garland Court in […]

By Ed White | Associated Press DETROIT — A Michigan police officer charged with murder after shooting Patrick Lyoya in the back of the head has been fired, officials said Wednesday. Christopher Schurr, a Grand Rapids officer for seven years, waived his right to a hearing and was dismissed, effective last Friday, said City Manager […]