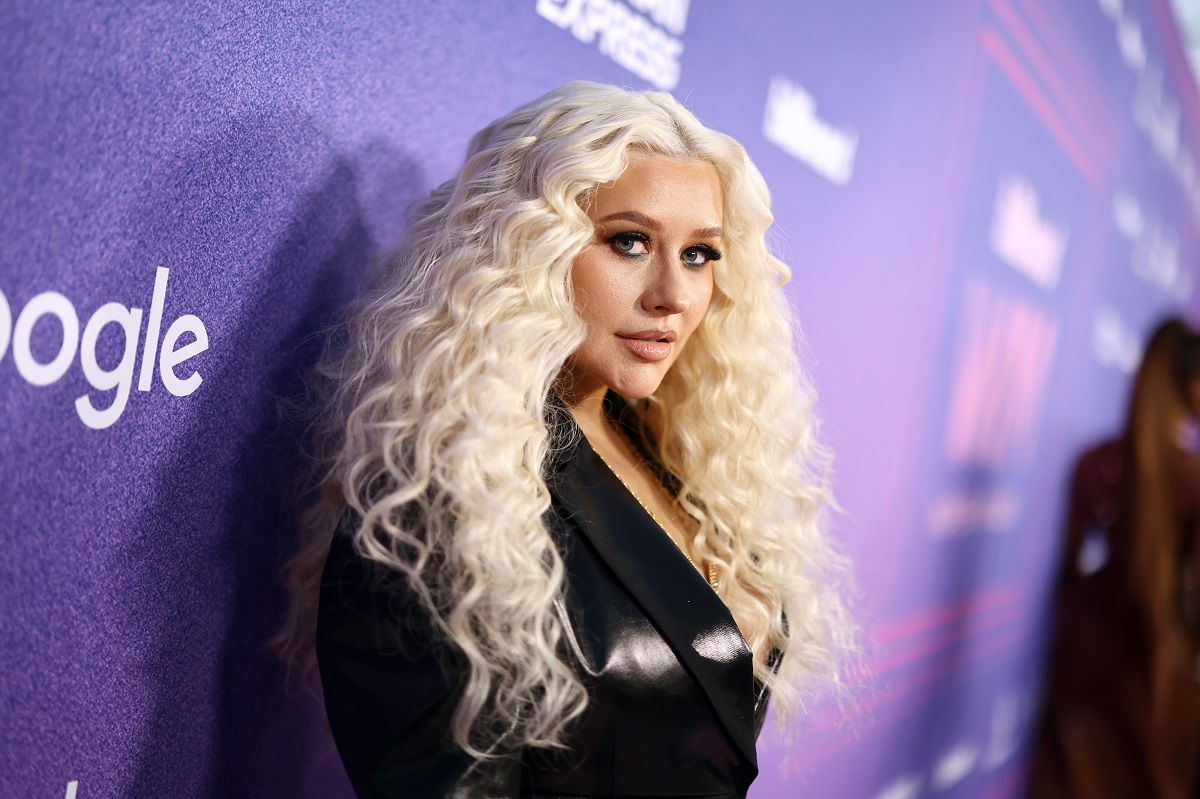 Christina Aguilera has been famous for many years. She began her days as a Mouseketeer, rising to fame as a teenage pop star. Multi-talented, the performer took on movies like Burlesque and became a coach on The Voice — clearly, she can do it all. Even when she’s hungover. At least, that’s what she told Vogue in a recent interview regarding an infamous campaign.

Christina Aguilera was hungover during a Versace photoshoot

In 2003, Aguilera did a campaign for Versace on which she worked directly with Donatella Versace. Of the experience, she praised the designer. “Donatella was amazing and so warm to me,” Aguilera said. But she also clarified the morning almost didn’t go according to plan.

“This morning [of the shoot], I actually woke up, it was like my only day off and in the middle of the Stripped tour,” Aguilera began.” I’d gone out and celebrated with the dancers the night before, and I was so hungover this day. I was beyond and I could barely get off the couch.”

Fortunately, she found help. “[The makeup artist, Pat McGrath’s] energy was just so warm and she was just refreshing in like the most chill way though. She made me so comfortable with just putting moisturizer on my face.”

Luckily, the shoot wasn’t an arduous one, and didn’t involve a lot of makeup. When she went to do a test shot in her stripped-down look, “They were just like ‘No, it’s good. We’re keeping it.’” Aguilera reflects fondly on the experience. “It was just such a cool, beautiful, different thing and different take on beauty for me,” she added.

Hungover or not, Christina Aguilera always makes waves for her style

One of the reasons the bare skin look for the Versace shoot worked so well is that it was in sharp contrast to Aguilera’s style at the time. During the Stripped Tour, her look consisted of being edgy, bold, and yes, a little bit dirrty (with two R’s!), showing lots of skin, and wearing multi-colored hair extensions.

In the Vogue interview, Aguilera refers to her looks from the era as “living her best life.” She wanted to get into as much trouble and challenge the status quo just as much as her male pop counterparts. Unfortunately, Aguilera received a lot of backlash for her look and attitude at the time, which was in sharp contrast to her more traditional pop princess contemporary, Britney Spears.

But as with other iconic looks of hers (like her Hollywood glam lips or ability to make burlesque wear red-carpet chic), Aguilera stands by the Stripped-era looks. They were about making her own choices and presenting herself to the world the way she wanted to be seen. In fact, according to W Magazine, Aguilera even lovingly referenced the era for her appearance at LA Pride in 2022.

Phil Keoghan | Photo: CBS CBS hasn’t announced ‘The Amazing Race 35’ Although social media tells us that CBS has renewed The Amazing Race for season 35, the network has yet to make the announcement. However, there is no reason to worry about the future of the reality competition series. The news that CBS had […]

Tom Holland Once Revealed Why He Never Talks About Zendaya in Interviews: ‘This Isn’t My Story’

Though Tom Holland and Zendaya have confirmed that they are dating, the pair remain tight-lipped about their relationship. Unlike some other celebrity couples, the actors don’t often speak about their romance in interviews, on red carpets, and the like. In fact, they’ve yet to confirm when they began dating. However, fans speculate that the Spider-Man: […]